Is Adam Levine a gay/bisexual?

What is Adam Levine marital status?

Who is Adam Levine wife? 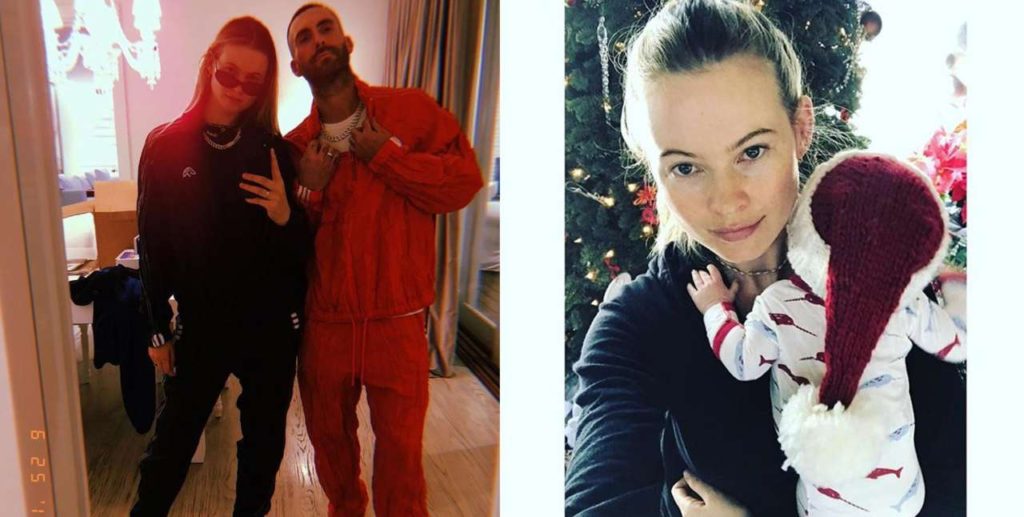 Adam Levine is a talented successful singer, Maroon 5 frontman, and handsome man. No wonder, that he has chosen an incredible woman to be his wife. He has been married to Behati Prinsloo since 2014, and from the very day of his wedding, the world envies him.

Behati Prinsloo is internationally popular as a Victoria’s Secret angel, a supermodel, and a mother of 2 cute kids. Her life seems to be perfect now. But how did that all begin?

Behati comes from Namibia, but she spent her early years in South Africa, where her father was sent, following his contract duties. Her mother ran a bed and breakfast establishment, while her father was a church minister. Adam Levine’s wife is the only child in her parents’ family.

Prinsloo speaks both, English and Afrikaans. She attended Grootfontein Secondary School but left it in her teens to become a model.

As the legend says, Behati didn’t plan to become a model. She was discovered by an agent occasionally while being with her grandparents on vacations.

She debuted, being the 9th grade pupil. Behati’s elegant exotic face and unbelievably slim figure soon made her popular among the most reputable fashion houses, which fought for the right to get Prinsloo into their shows. 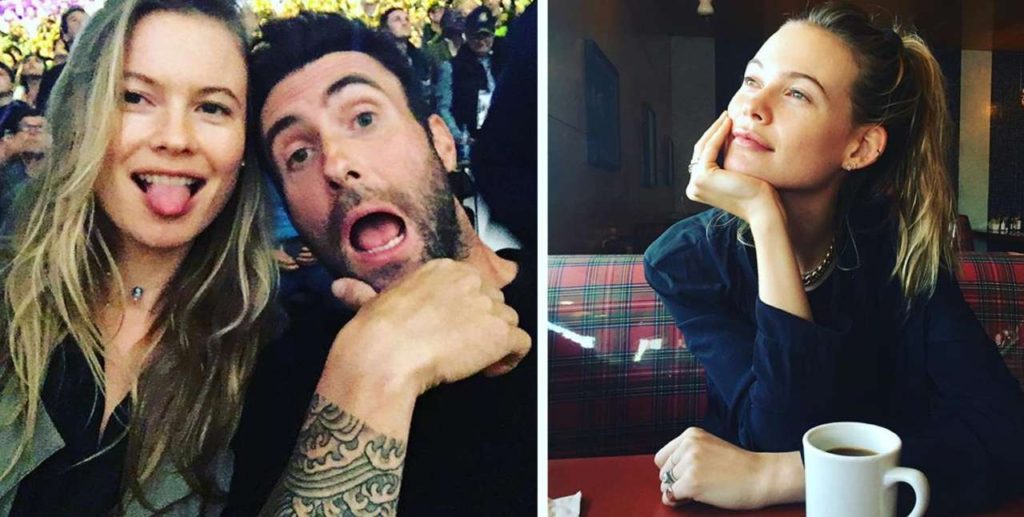 Behati started her way to the top by modeling for Prada. Then she cooperated with Marc Jacobs, Alexander Wang, Louis Vuitton, and many other luxurious brands. The slim girl graced on covers of various fashion issues, about which the other models can just dream. She was photographed for Vogue, Marie Claire, Elle, and other magazine covers.

She reached her career peak as Victoria’s Secret model. Prinsloo participated in numerous VS shows and even designed a swimsuit collection for the brand.

In spite of becoming a mother for the second time, Adam Levine’s wife is supposed to participate in Victoria’s Secret show for the 10th time in 2018.

So, Behati Prinsloo can be proud of her career. But the title of the top model is not the main one, which the woman had got. Her main priority is the role of a wife and a mother.

Behati and Adam Levine met at Victoria’s Secret Fashion Show in 2011. They started dating, at first keeping their relationship in secret, and then made it public in 2012 at a party, arranged by GQ magazine.

A year later Adam popped in the question and Behati said “Yes!” The couple got married in 2014 in Mexico. They shone with happiness, and their wedding ceremony was extremely romantic and beautiful. Nobody could believe, that Levine, who had a reputation as a Lovelace, finally turned into a faithful family man.

In 2016 Levine and Prinsloo welcomed their first child. Two years later they welcomed a second daughter.

On September 2022 Behati and Adam announced through Instagram, that they were expecting their third child. 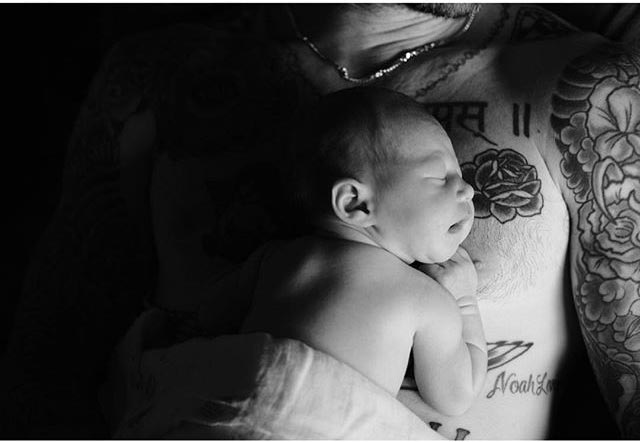 Adam Levine and his wife Behati Prinsloo seem to be big baby lovers. In 2017 Levine attended Ellen DeGeneres show and opened up, that his wife wants lots of kids, because she was the only one child in the family and felt not comfortable with it.

Dusty Rose is the first of two (as for now) kids in Levine family. She was born in 2016 in one of LA clinics. Her father made her insanely popular on the next day after her birth, having uploaded the girl’s photo to his Instagram account.

The next day the baby girl Dusty Rose was introduced to her parents’ friends (and internationally popular stars) Gwen Stefani and Blake Shelton.

Nowadays the girl spends a lot of time, walking in the yard of her parents’ new house in Beverly Hills. She plays with her newborn sister too. 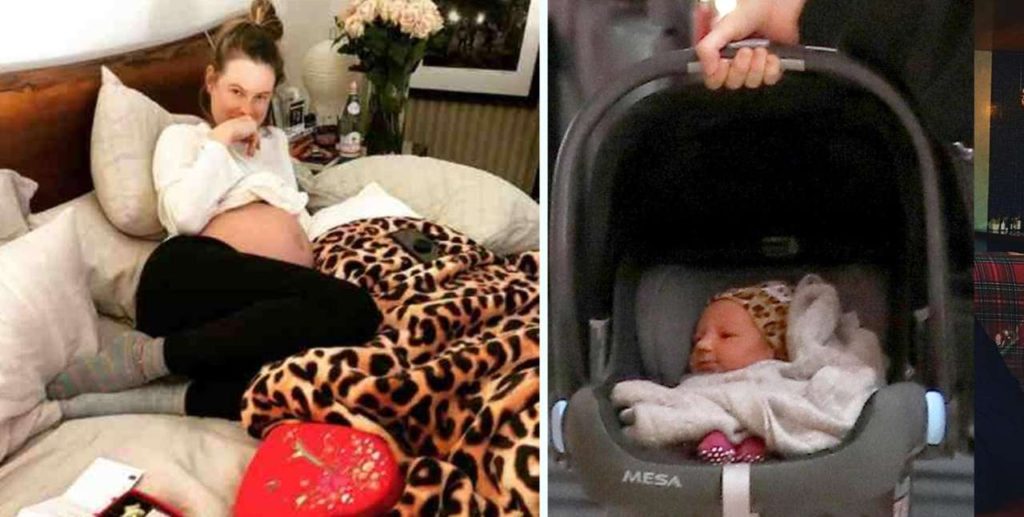 In September, 2017 Behati shared with her fans happy news – she was pregnant for the second time. In February, 2018 Voice judge Adam Levine and his wife welcomed to this world another cute girl – a daughter Gio. 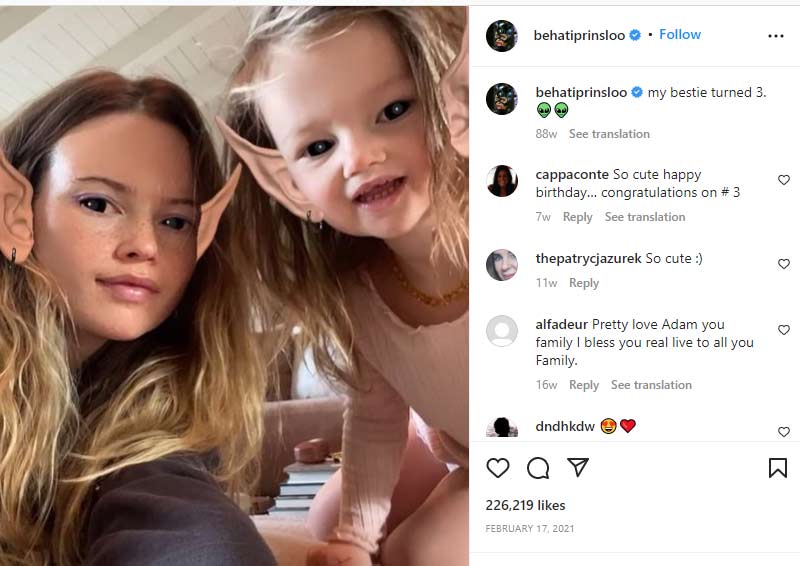 According to Adam Levine interview with Ellen DeGeneres, Gio has become the best gift not only for him and his wife Behati, but also for small Dusty Rose, who is obsessed with her newborn sister. By the way, Adam himself is really glad to be a father of two girls.

Who are Adam Levine parents? 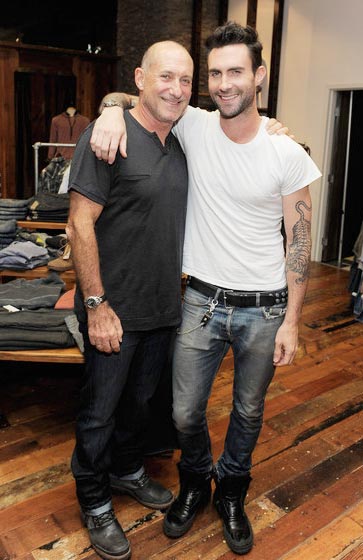 Surely, you have already read lots of stories about celebs, who missed their estranged dads in the early childhood. Although Adam Levine’s parents are divorced, he never tells any single bad word about his father. “My family is close enough”, the singer told in his early interview to “The Telegraph”.

By the way, positive Maroon singer is very pragmatic and self-controlled. Those features he inherited from his father – a businessman Fred Levine.

Fred runs two man apparel boutiques in LA. He has two kids with his second wife. By the way, Fred has never forgotten about his son Adam and his brother Michael. He supported the boys financially and paid for their education. Adam Levine attended a prestigious Brentwood School in LA. 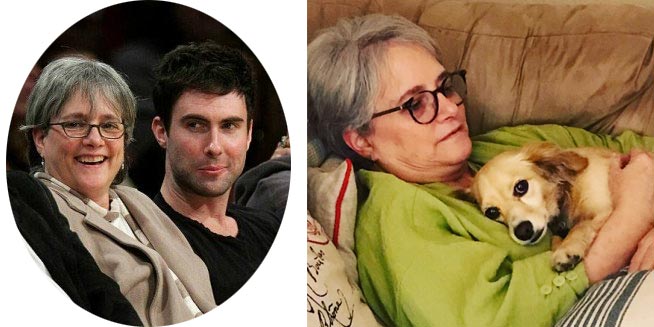 Born Patsy Noah has two kids with her ex-husband Fred Levine. She joined motherhood with work. Patsy served as an admissions counselor.

The woman divorced with her husband Fred, when Adam was just 7 years old. At that time Patsy was wise enough to stay in good terms with her ex-husband and to make her sons love and respect their father.

Patsy is a big fan of Beatles, and it was she, who inspired her son Adam to give music a chance. She supported the kid in his dream to become a singer. Levine started to go on tours at the age of 14, and Patsy found gaps in her schedule to go on a trip with him.

Nowadays Patsy is a big fan of Marron 5. “That’s the music I’d like to listen to. And not because of my son”, she said.

On May 1, 1993 Patsy married her second husband Philip S. Bartolf, a senior officer in an insurance company. They live happily till now. 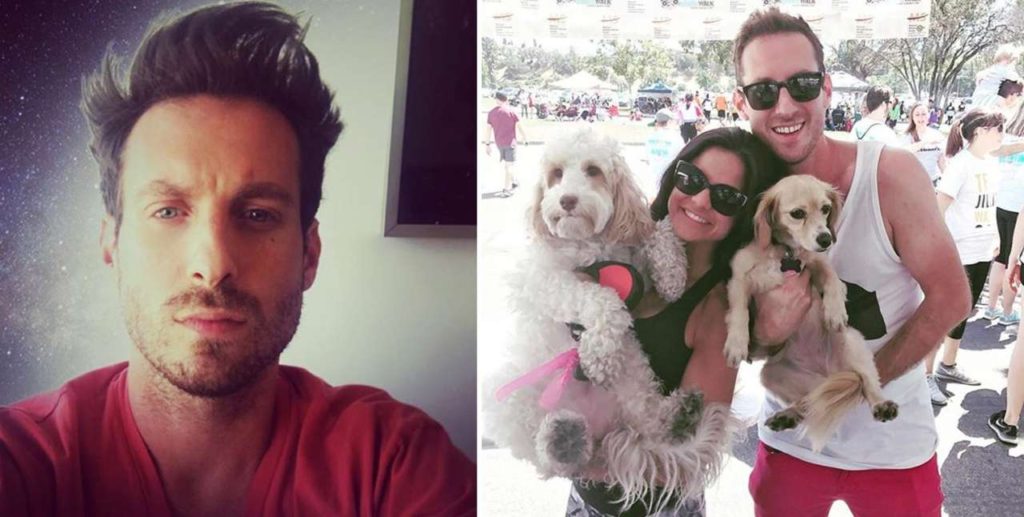 Currently Michael lives in Benedict Canyon, Los Angeles. He owns an online jewelry boutique. The young man performs on the stage from time to time and shares pics from his concert gigs through Instagram.

Michael is close with his brother Adam. In one of his interviews Maroon singer confessed, that his brother Michael is gay. That information was widely spread in various issues. But later Michael denied all gay rumors through Twitter. “I am NOT a gay, I am a metrosexual”, he wrote. 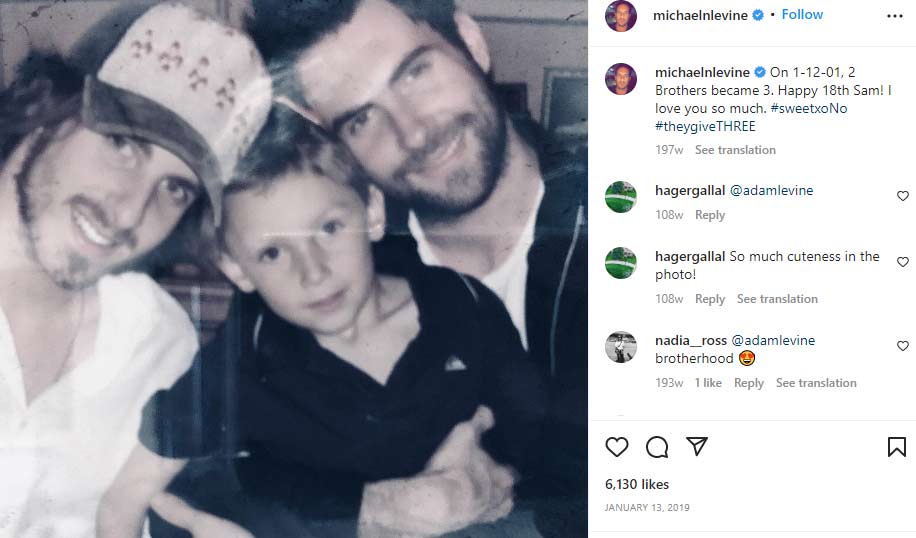 Sam is Adam’s younger half-brother from his father’s second marriage. Till now Papa Fred lives with his second wife, and as Michael Levine told through Instagram, his brother and he was blessed to have four loving parents (including his stepmother and stepfather) and three loving siblings.

The second loving half-sibling is the cute girl Liza Levine. She likes to have fun with her famous brother Adam from time to time. 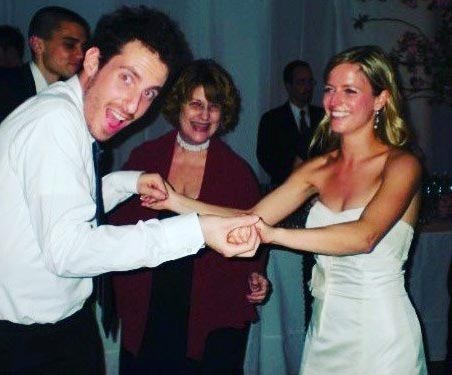 Born Julia Gail Bartolf is Adam Levine’s younger stepsister. She is the daughter of Adam’s stepfather Phil Bartolf. Julia’s mother Diane Kassover died many years ago. She served as a prosecutor.

Julia is a real estate attorney. In 2009 she wedded her colleague Gregory Baer Milne and took his surname. Her stepbrother Adam was one of the guests at Bartolf-Milne’s wedding.