12 siblings and half-siblings from maternal and paternal sides

Is Famous Dex a gay/bisexual?

What is Famous Dex marital status?

Dex is a father of three. He has two daughters and a son. The names of his baby mothers are not publicized. It’s even hard to tell, if his kids were born by one and the same woman or by different ladies. He has a daughter Janila. The girl is a frequent guest on his Instagram account.

The name of his second daughter is Taylor Gore. He calls her “Baby T”. The rapper stays closely connected with his child. He spends  a lot of time with Taylor and arranges great birthday parties for her.

The name of his only son is Dexter Gore. He is the youngest child in his family. The name of Dex’s mother is not publicized. Nevertheless, Dexter still seems to be connected with this girl.

Who are Famous Dex parents?

Dex’s dad wasn’t present in his son’s life. He separated from the rapper’s mother when Dexter was still a kid. He was raised mostly by a single mom. The boy lived in poverty. He didn’t know, what luxury is and even the visit to McDonald’s seemed something special for him.

Dexter Sr. is deceased as of now. 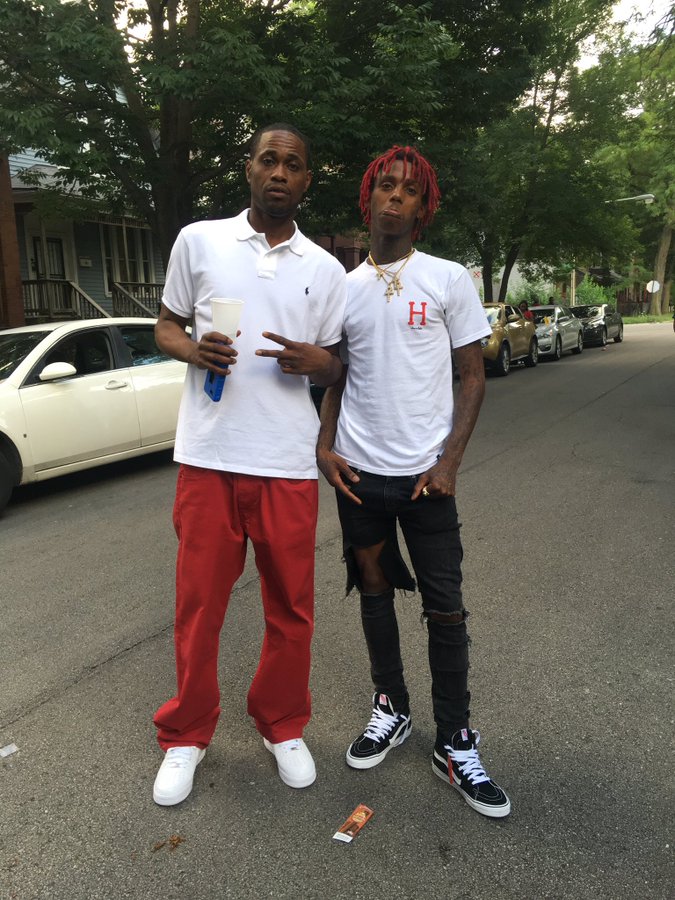 Dex was raised by stepfather James Calimee. The man wasn’t rich, but he tried to provide his stepson with everything necessary. James tells, that his beloved woman (it’s not known, whether James and Dex’s mom were married legally) asked him to care about Dex in case of her death. And till now they share a close bond! 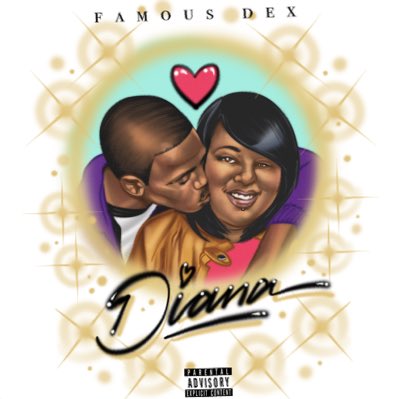 Dex was a momma’s boy. He tells, that his mom was his queen, and he misses her till now. The woman passed away in 2013. The cause of her death was breast cancer. Dex wasn’t present at his mom’s funeral because he was in jail at that time. After Diana’s death, he decided to become successful in the music industry and to honor her in that way.

Till now Dex is surrounded by things, which remind him about his mother. He has her photo on his pillow and tattooed her name on his neck. Besides, he named his second studio album “Diana” – after her.

The exact number of his siblings is not known. The info is not confirmed, but some sources tell, he is the fourth of twelve siblings and half-siblings in his family.

The talented rapper Famous Dex is known by string of notable hits, like “Rich Forever”, “Pick It Up”, “2 Times” and many others. He started his career in 2014 after his mother’s death and nowadays, in 2021 he has two studio albums and four extended plays.

His real name is Dexter Tiewon Gore Jr. The boy grew up in Chicago, Illinois and attended Robeson High School. His parents separated, when he was a little boy. Most part of his childhood he spent with his stepfather James Calimee. He considers him as his real dad. He has some siblings, half-siblings and step siblings from his maternal and paternal sides, but their exact number is not known.

As the rapper tells, in his high school years he was interested in basketball. That was his love and passion and he dreamed to devote his life to it. But like many other young men in Englewood, he was involved into a gang. He needed that illegal money to start earning legally – as a rapper. Dex got interested in music at that time.

One day he tried to snatch the iPhone from an old lady in a bus and was caught. Dex was taken into jail for a while, and during that time his mother died. The future hip hop star missed the funeral. After his mother’s death he decided to change his life and became a rapper.

Dex chose a stage moniker “Famous Dex”. The young musician started from releasing mixtapes by his own. He presented his singles “Never Seen It Coming”, “Drippy” etc. He caught lots of public attention, and that opened new doors in front of him. He was signed by the record label “Rich Forever Music”, which belongs to the popular hip hop artist Rich the Kid (Dimitri Rogers). As a part of the label, he recorded his debut album “Dex Meets Dexter”. Many famous personalities, like Wiz Khalifa and ASAP Rocky, featured on the set of songs.

In 2020 his second studio album was released. He devoted it to his late mom and named it after her, “Diana”.