Is Kyrie Irving a gay/bisexual?

What is Kyrie Irving marital status? 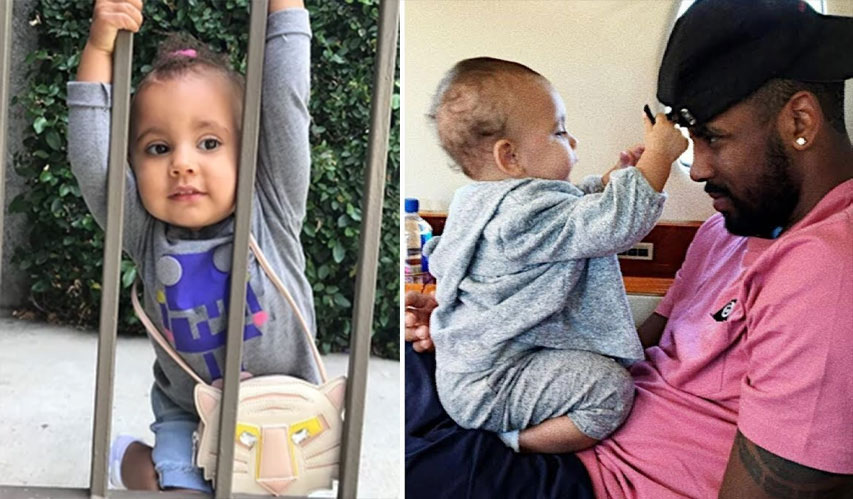 In late November, 2015 Kyrie Irving made his fans happy with a great news – he has become a father for the first time. The athlete seems really happy with his paternal duties, and he crosses the ways with his daughter regularly and is a part of her life, in spite of the fact that he doesn’t live with her mother.

Kyrie had an affair with Andrea Wilson, who previously won Miss Texas title, in early 2015. In November that very year she gave a birth to a girl, and proved through paternity test, that Kyrie was her biological father. Currently the man pays more than $4, 000 child support money to his ex-lover.

By the way, Kyrie and Andrea are in amicable relationship as for now. They decided to remain friends for their daughter.

Now Azurie is 3, and her famous father always finds the gap in his schedule to spend time with her. Not long ago both were pictured by paparazzi, wearing the same jeans jackets at the match between the Celtics and Mavericks.

By the way, the child’s second name is Elizabeth. The stellar point guard named a girl after his late mother.

Who are Kyrie Irving parents? 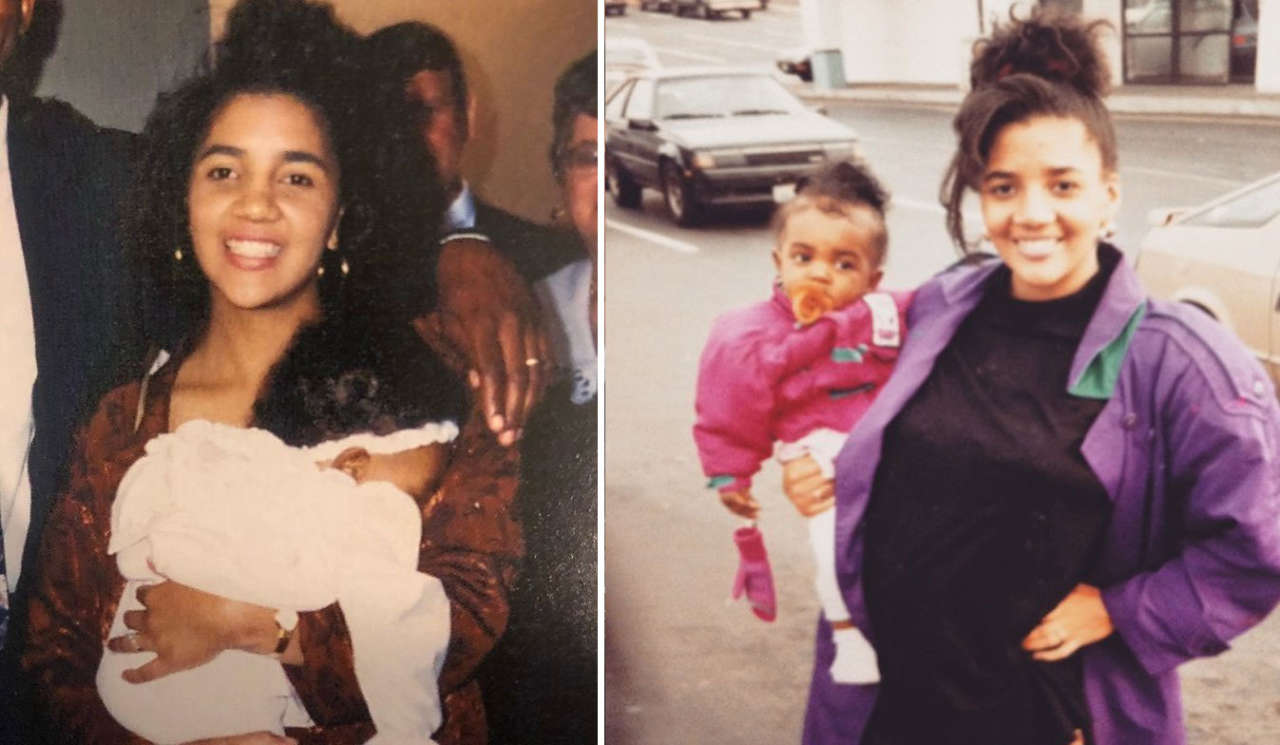 Kyrie lost his mother, when he was just 4. Although the boy was brought up mostly by his aunts, till now he keeps his mom in his heart and always devotes her sweet and moving words. When he saw his newborn daughter for the first time, he recognized his mother’s features and gave the baby his mom’s name.

Elizabeth died from sepsis at a young age of 29. She was survived by her husband Drederick and their two kids – a son Kyrie and his sister Asia.

In spite of such an early death, Elizabeth did a lot. She was a woman of an interesting and troubled fate.

The girl was born as Cynthia Jeannette Mountain. Her biological mother gave her for adoption. Thus, Kyrie’s mother got new parents and a new name – Elizabeth Ann Larson. She grew up in the family of a pastor and Lutheran minister George Larson and his wife Norma. She moved a lot in her childhood and teen years because of her father’s job.

After graduation from school she entered Boston University, where played for the local volleyball team. She was a brilliant student with open modern views and dreamed to become the first female president. After graduation she earned her living as a pianist, and was really talented in it. She could play by ear any melody.

Elizabeth tied a knot with Drederick Irving in 1990. They lived together during 6 years and gave a birth to a daughter and a son. She died six years later from skin disease.

Till now the woman lives in hearts of her kids. Kyrie made a tattoo, devoted to his mother, and put her name on shoes he designed for Nike.

They say, Kyrie Irving moved further from the place, where his father stopped. Drederick Rubin Irving was the first in their family to play basketball professionally. No need to say, that he influenced his son’s decision to pursue sports as a career and shared useful tips, how to win.

Kyrie tells, that his father was his idol and his favorite player. They often arranged one-to-one matches at the back yard of their mansion. His father encouraged the boy to win and fueled his ambitions. Ky defeated his father for the first time, when he was 16. After that he understood, that he “could do everything”.

Drederick had a long way to success. He was raised in Bronx, NY by a single mother. His father left him, when he was still an infant, and he has no connection with his dad now. Ky’s parent grew up alongside 6 siblings.

In his young age Mr. Irving passed through participation in crimes and problems with police. The thing, which saved him, was sports. He played basketball at Stevenson High School and continued playing at Boston University. In 1992 he was signed by the Bulleen Boomers and played for the team during 2 years. In 1994 she left career in sports. While studying at Boston University, he met Elizabeth Larson and married her. After her death he brought up two kids with the help of his sisters. Later he re-married Shetellia Irving and welcomed another daughter – London. 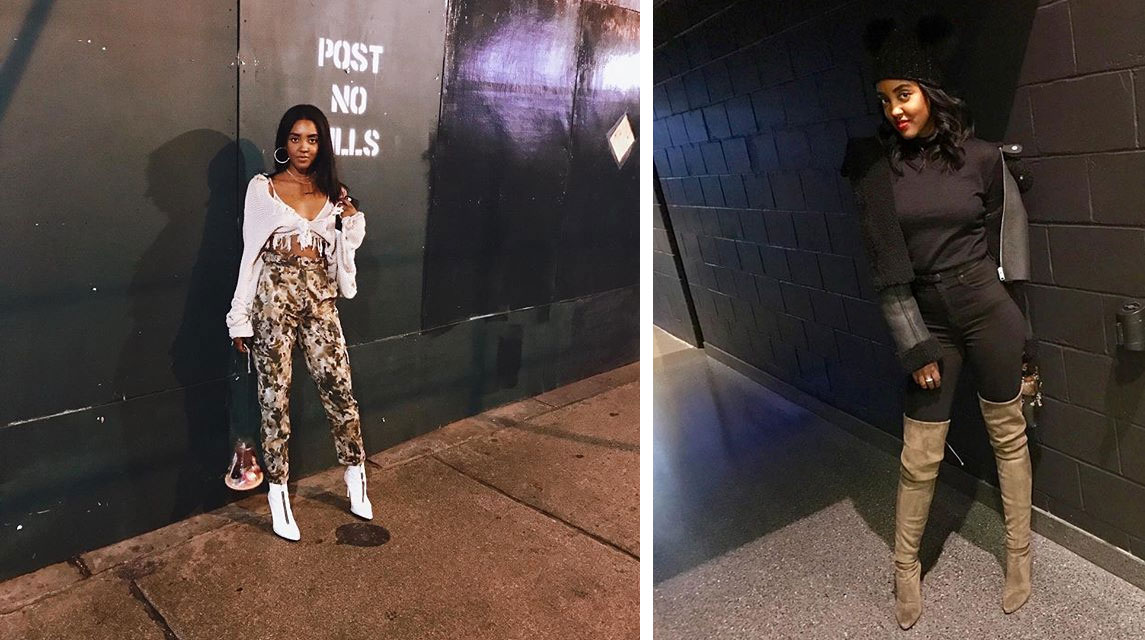 Asia is Ky’s only full sibling. She was educated at Temple University, where she earned bachelor degree in science. The girl started her professional way as a model, and now she earns her living as a fashion designer. She named one of her stores after her late mother.

Ky’s younger half-sister is only 10. She is a daughter of his father Drederick and his stepmother Shetellia. The famous basketball player has warm relationships with his little sibling and takes her for the game from time to time. 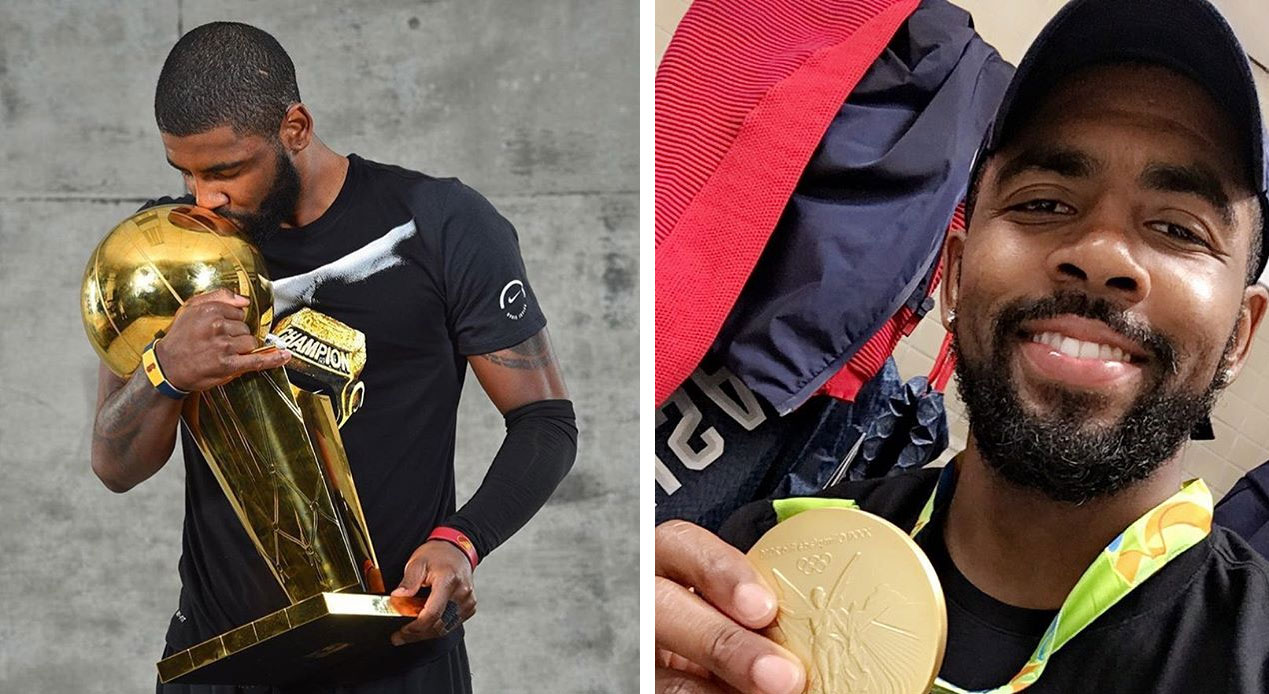 Australian-born professional basketball player Kyrie Irving is internationally known as Boston Celtics point guard. He started his super successful career at a very young age, just after a year at Duke University. Then Irving was selected in the 2011 NBA Draft by the Cleveland Cavaliers team. During the debut season Kyrie gained 18,5 point per game in average and was titled as a newcomer of the year. Later he transferred to Boston Celtics team. At the international level, Irving stands for the American basketball team. As a part of it he became the world champion and was recognized as the most valuable player of the year 2014.

He was born in Melbourne, Australia, but being 1-year-old baby, Kyrie was moved to New Jersey, United States. His father was a professional basketball player, so it was he, who inspired the boy to practice this game. He studied at a prestigious Montclair Kimberley Academy during two years and performed for its basketball team. His talent of an athlete was obvious, so he got numerous scholarship offers from many prestigious universities. He chose Duke, and it took him just a year to be drafted professionally. 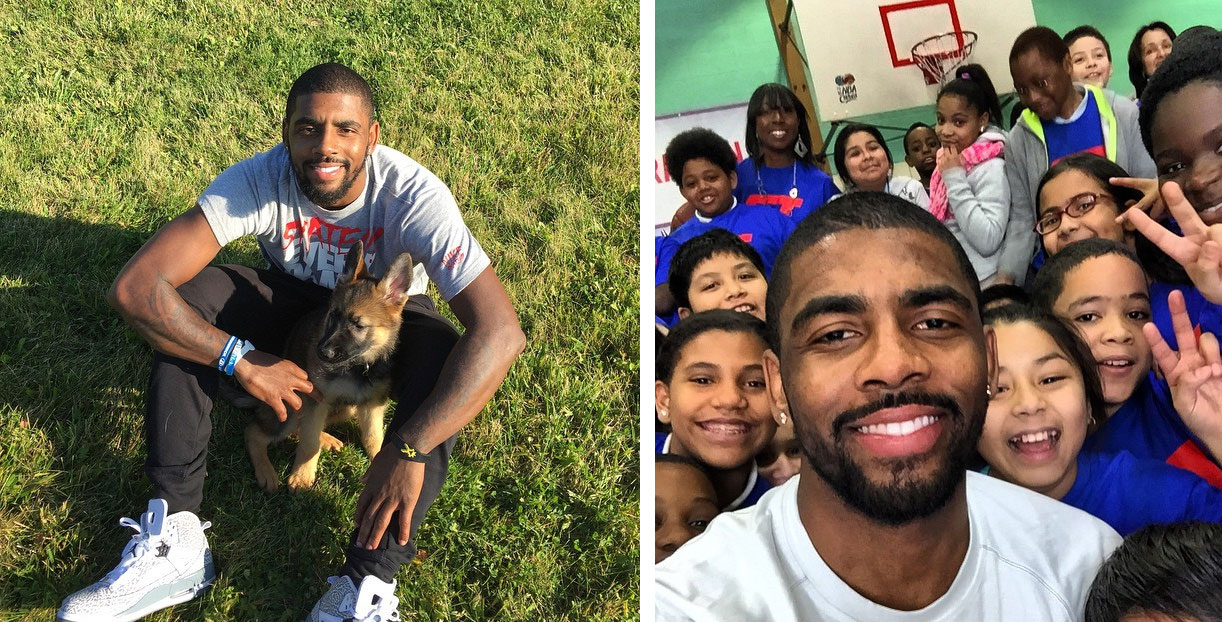