Is Lucy Hale a lesbian/bisexual?

What is Lucy Hale marital status?

Who are Lucy Hale parents?

Lucy has always been “daddy’s girl”, that’s why she suffered a lot because of her parents’ divorce and even had an eating disorder as the result of her stress. She used to tell, that her parents’ split is the only thing, which she has in common with her famous heroine Aria from “Pretty Little Liars” (PPL). All the other situations, which happened in her heroine’s life, she had to imagine.

In spite of the fact, that Preston left the family picture, he remained the part of his daughter’s life. The actress never misses an opportunity to tell her dad through social media that she loves him.

In her interview to Popsugar, Lucy told that she had a great female role model in front of her eyes while growing up – it was her mother. Julie’s maiden name was Knight. Julie earned her living as a nurse.

The woman played the key role in Lucy’s fate. She was the first one, who encouraged her daughter to visit music lessons. And it was she, who moved Lucy to LA, when the girl decided to pursue careers of a singer and an actress.

PPL actress always stresses the fact, that she has a great family, which helped her on her way to stardom. 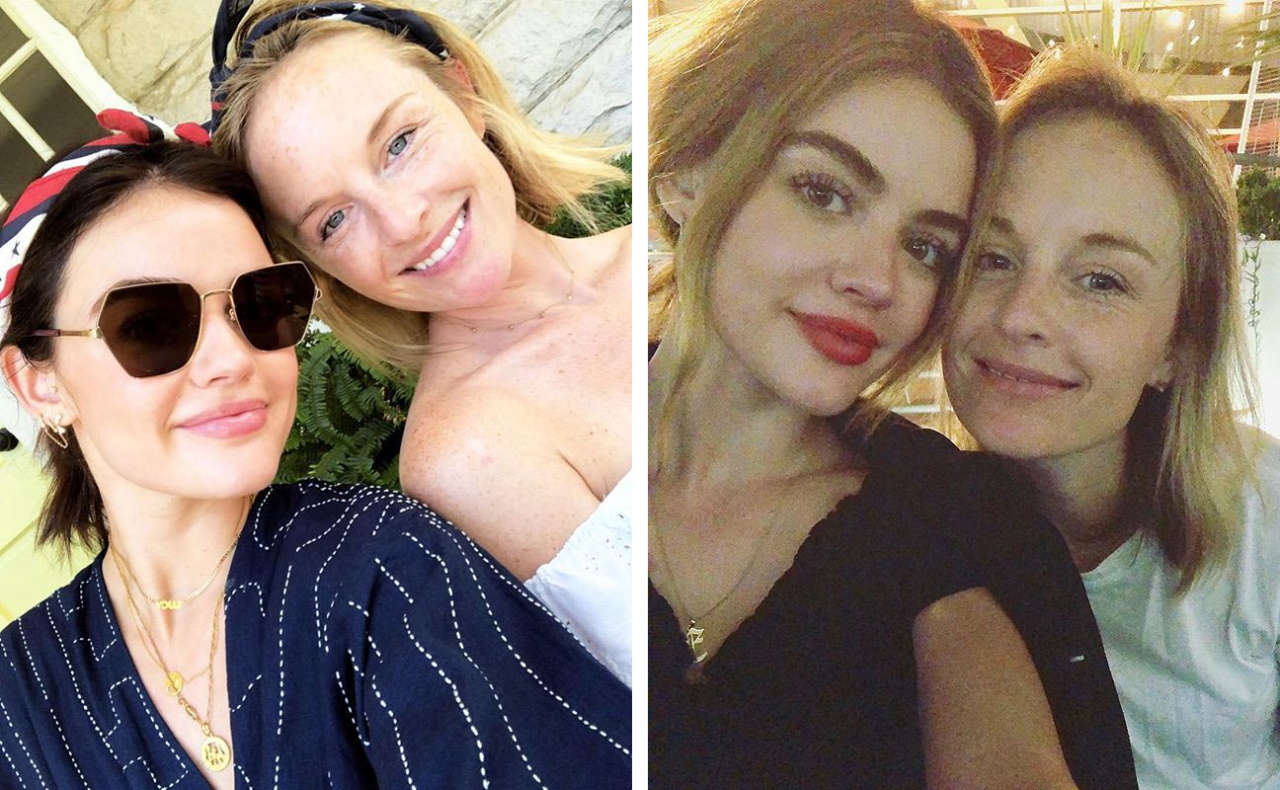 Lucy was blessed with an older sister Maggie, who is her great supporter and best friend. Maggie was the first child in the family of Julie and Preston Hale. It seems that she isn’t very close with her father, because she posts pics with him quite rarely. But surely, the woman has cordial relationships with her mother, to whom she devotes lots of touching posts.

In 2012 Maggie tied a knot with an Englishman Lewis Clark. This marriage generated two sweet daughters – Glenny and Lula. Lucy likes her nieces and often uploads their photos on Instagram.

In addition to the blood-related sister Maggie, Lucy has two step-siblings as well – a stepbrother Wes Hale and a step-sister Kirby.

Everyone loves Lucy Hale, and there are lots of reasons, why. Her radiant beauty, calm chic and souped-up girly power helped her to gather the army of obsessed fans all over the world. The talented girl, she created a string of interesting female characters in numerous movies and TV shows, such as “The O.C.”, “How I Met Your Mother”, “The Sisterhood of the Traveling Pants 2” and of course, “Pretty Little Liars”, which actually turned her into a celebrity.

Lucy was born in Memphis, TN. She was a pupil of Cordova Optional School, but then decided to become homeschooled after her career in movie industry started developing rapidly.

As Lucy told in one of her interviews, she wasn’t interested in studying and wasn’t good in sports. The only thing she loved as a kid was to dress up and to pretend being someone else. That was just a hobby at first, but at the age of 14 Hale suddenly understood, that acting could become her source of income. “I am happy, that acting worked, because I had never had plan B”, the actress said.

When Lucy turned 13, her mother moved the girl to LA, but at first Lucy gained some recognition as a singer, not as an actress. She participated in a vocal contest “American Juniors”, having performed a song “Call me”. The young singer was noticed and during several years she was the member of the girlss band.

But then she returned to acting and easily won her first role – in the series “Drake and Josh” – a Nickelodeon bright show, which also generated another star – Miranda Cosgrove. Her first breakthrough role, which opened new doors in front of her, was in “Bionic Woman”. And finally, she became Aria in “Pretty Little Liars”, which was that very project she was looking for.

In 2018 Lucy appeared in several new movies, the most successful of which is a comedy “The Unicorn”.

biased, but my dogs got talent 😂