Who are Sean Federline parents? 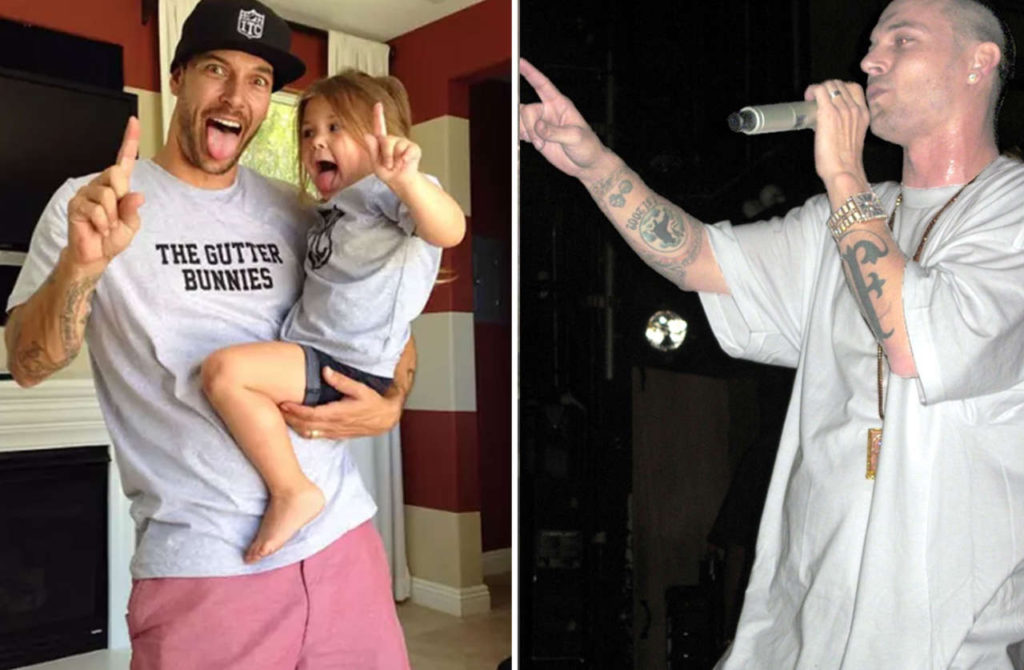 The birth of small Sean Federline was the most expected event of 2005. The fans of his famous mother Britney Spears were looking forward to see the baby, who gained a star status even before his birth. At the same time, Pop Princess fans were not satisfied with her choice of a father for her cute son.

Brit’s friends and relatives thought, that Federline was not a good partner for the singer. Really, his career, fame and net worth were twice smaller, that hers. But if you look at this man, who celebrated his 40th birthday not long ago, you’ll see that he deserves attention too.

Kevin Earl Federline saw the world for the first time in Fresno, CA in the family of Mike Federline and Julie Story. Nobody of his parents was interested in show business. His father earned his living as a car mechanic and his mother served in a bank.

His parents divorced, when the boy was in a primary school age. At the age of 11 he moved from his mother’s to his father’s house. The teenager resided with his brother, Chris. He fell in love with dancing, and after the 9th form he dropped out studying and began to dance.

Sean’s father got initial recognition as the dancer of the band “Dance Empowerment”. His fast movements were so great, that soon the young man got lots of invitation from serious pop singers, who offered him position of a back up dancer. Thus, you can see Federline in the music videos of Michael Jackson, Destiny’s Child, Justin Timberlake etc.

Although Kevin is considered as a great dancer, he gained incredible popularity not due to his talent to move, but due to his high-profile relationship with Britney Spears. They met, when Brit was just 18, and she was looking for a dancer to her new show. They started dating, when Kevin was still in relationships with a mother of his daughter Kori – Shar Jackson. Then Shar was pregnant with her and Kevin second child.

In spite of all contradictions, Spears-Federline wedded on September 18, 2004. Their marriage was ruined by Britney’s drug addiction and Kevin’s ambitions to become a rapper. The ex-dancer released his debut album “Lose Control” in 2006, and it was ranked as one of the worst albums of the year. After that Sean’s dad forgot about music and concentrated his efforts on caring about his sons. In November, 2006 Spears filed for divorce. The court battle for kid’s custody lasted during several months. Finally, the couple separated officially on July 30, 2007. Kevin agreed to let his sons live with their mother and to see them just occasionally. But in 2008 he won the custody battle over Britney, who was involved into a long-term battle with drugs.

After his divorce to Spears, Federline started another relationship – with an ex-volleyball player Victoria Prince. By the way, she shares the same birthday with Britney. They wedded on August 10, 2013. Now Victoria and Kevin bring up 2 daughters.

But Federline remains close with all his 6 kids. Not long ago he uploaded picture with his three sons and three daughters. He still remembers his crazy marriage to a music star Britney Spears. 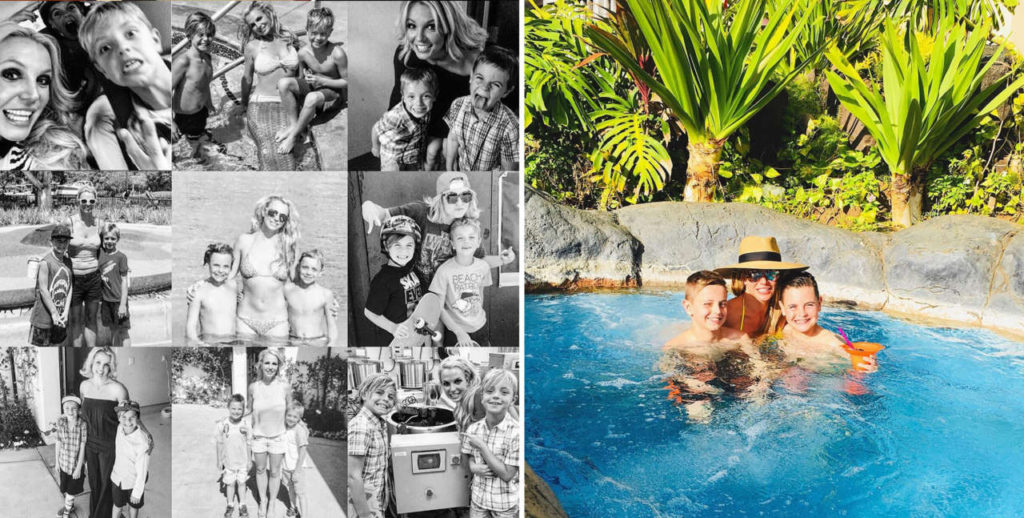 Sean Federline mother, a super-successful pop artist and occasional actress, Britney Jean Spears was born in McComb, MS. Her mother earned her living as a teacher and father was a contractor, who later turned into a cook. Brit grew up with an older brother and a younger sister Jamie Lynn Spears.

The girl attended Parklane Academy, a private Christian school in McComb and joined her studying with performing. Brit started to act, sing and dance at a very early age. When she turned 8, she visited her first audition to The All-New Mickey Mouse Club. Although that time the girl was not accepted, she demonstrated her performing skills and vocal talent – and show producers noticed her.

Three years later Spears repeated her attempt to become an actress of Mickey Mouse Club. She won a spot in the show alongside other talented teenagers, who later turned into bright artists. They are Justin Timberlake, Keri Russell and others.

After show cancellation, Spears signed the deal with Jive Records. Managers of the label were not sure, that such an innocent very young girl can become a real music star. They were ready to cancel their contract any time. Spears recorded a number of singles, among which was famous “…Baby One More Time”. After its release the cute unknown girl from McComb turned into the main American Pop Princess. 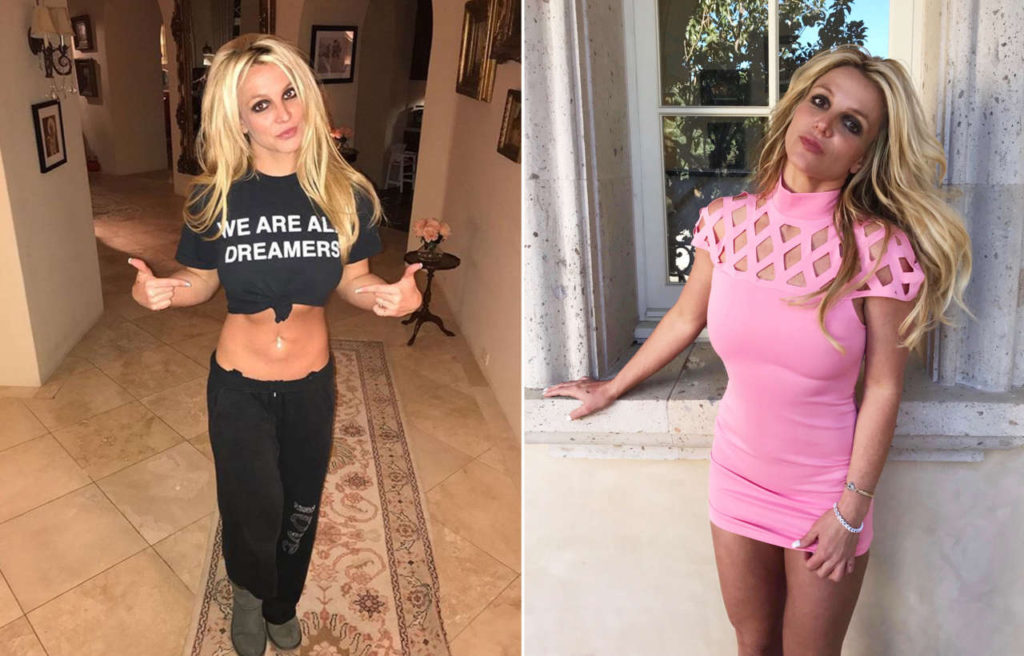 As for now, Brit has 9 studio albums. Six of them occupied No. 1 position at “Billboard” 200. In addition to singing the star tried acting. She appeared in a number of popular movies and TV series, including the main role in “Crossroads” and acting in several episodes of “How I Met Your Mother”.

Britney Spears has been an icon for teenagers all over the world. Her personal life was interesting to her fans not less, than her new songs. During three years she dated her colleague Justin Timberlake. In 2004 she jokingly married her childhood friend Jason Alexander. Their marriage was annulled several days later.

From 2004 till 2007 her husband was Kevin Federline, with whom she had our today’s hero Sean and his younger brother Jayden. Around that time Spears passed through a long period of personal struggles and drug problems. She lost the right to live with her sons after a number of drug accidents. In addition, Ms. Spears shook the world, when paparazzi caught her, driving a car with small Sean, staying on her knees, not in a car seat.

As for now, Britney is in good terms with her sons. She develops her career of a pop singer and is dating a model Sam Asghar, 13 years her younger. 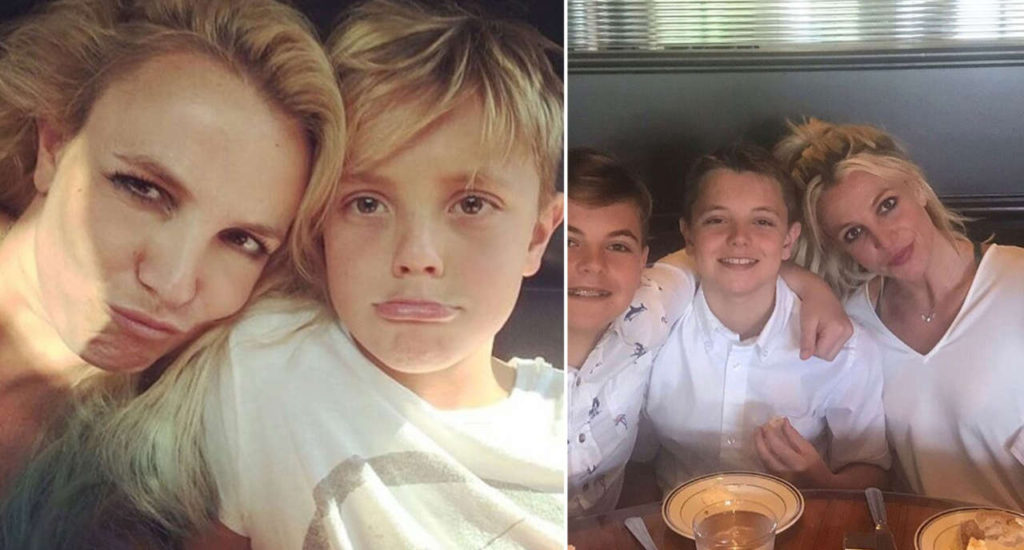 Jayden James Federline is the second son of a scandalous couple Spears-Federline. No need to remind Britney’s fans about a string of conflicts and court battles Britney had with her ex-husband Kevin for child’s custody.

But now the star looks healthy, feels well, develops her career, practices regular workouts and spends free time with her sons, Sean and Jayden. The boys and their stellar mother visit cozy eating venues, draw pictures in the backyard of her luxurious mansion and do workouts.

Jayden and his older brother Sean are so alike! They both are active and athletic. But unlike his older brother, Jayden is rumored to be talented as a painter. He inherited those skills from his mother.

Now Jayden and Sean Federline live with their father. But they spend a lot of time with Britney. The pop star pays child’s support to Kevin. In spring, 2018 the man asked Spears to increase the amount of support money. The reason is Federline’s poverty. The dancer, whose career is in a slow phase now, earns about $3, 000 per months, while his popular wife, who re-built her career after her mental breakdown in 2008, has about $34 million per year. Federline, who is a father of 6 now, can’t provide his sons for the same luxurious lifestyle as they have during their meetings with Britney. Of course, the singer refused to help her poor ex with cash. 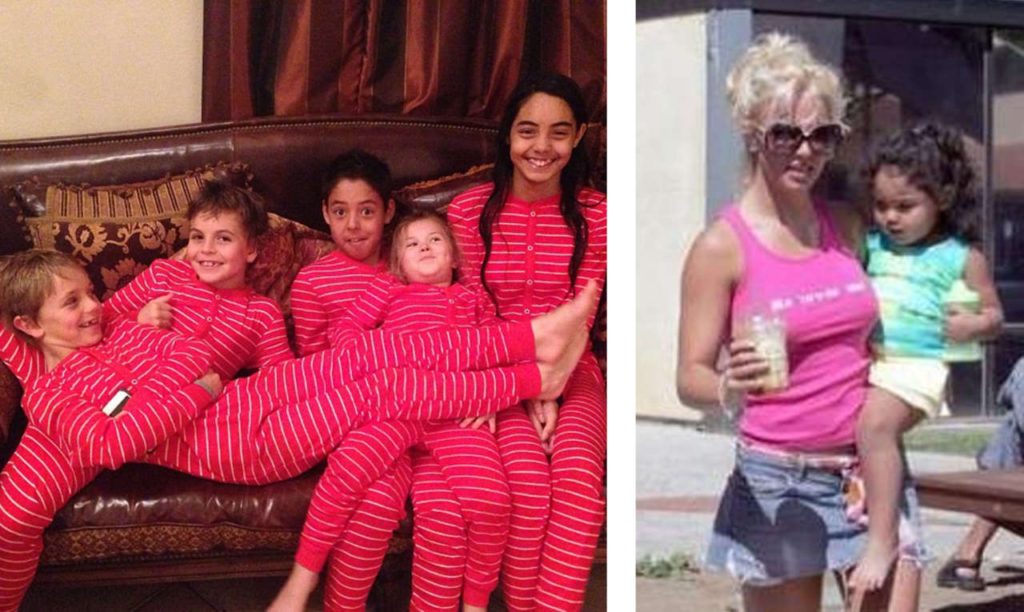 Kori Madison Federline is the oldest child of Kevin Federline and older half-sister of Sean. She was born in the family of Shar Jackson and Sean’s father before his love affair with Britney Spears. Her parents separated in 2004 after 3 years of relationship. 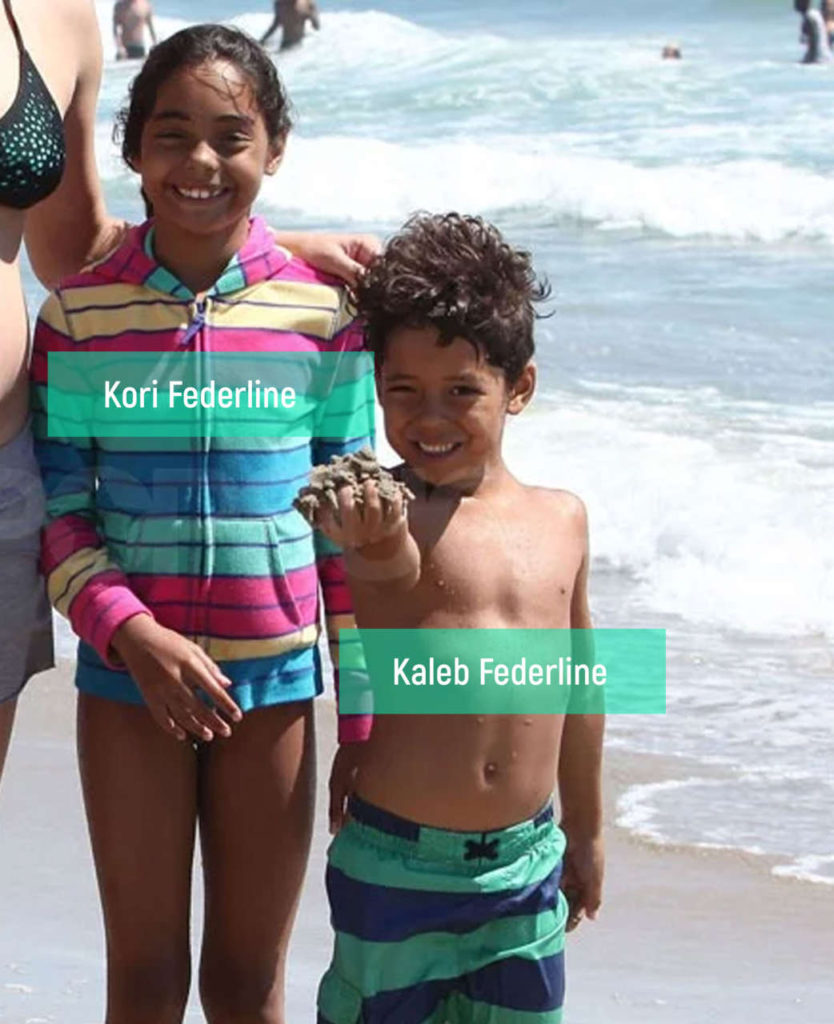 His full name is Kaleb Michael Jackson Federline. He is a son of an American actress Shar Jackson and Kevin Federline. In spite of the surname of Kaleb’s mother, she is not the relative of a late Pop King Michael Jackson. Nevertheless, Kevin named his son after the cult singer.

Kaleb’s mother is known as Niecy from American sitcom “Moesha”. She was not married to a dancer Kevin Federline, but had two kids with him and according to her words, “they lived as a family”. Later Mr. Federline left his fiancée and kids to marry Britney Spears. 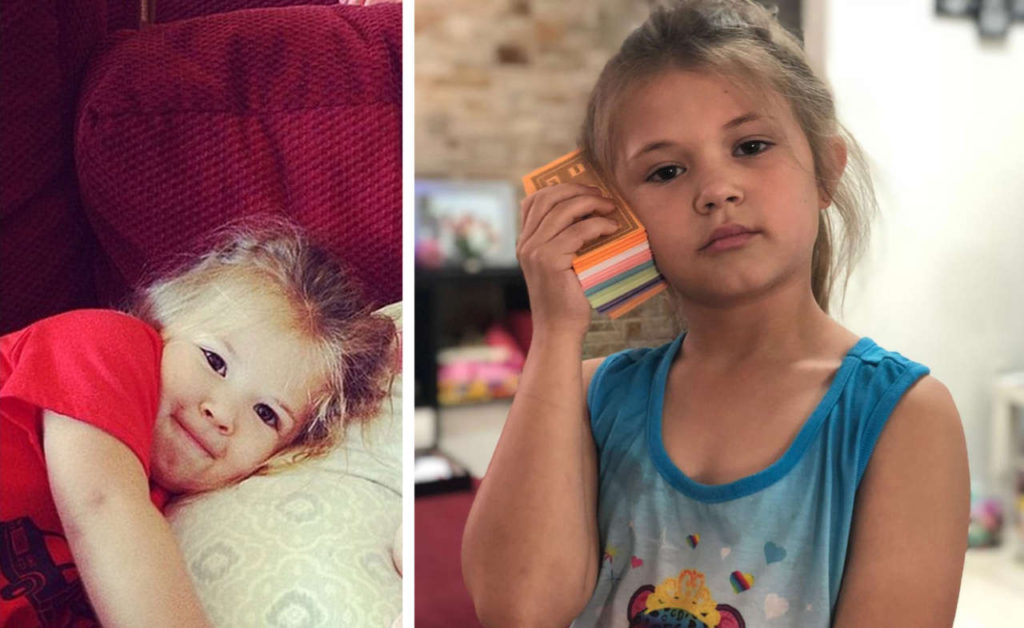 Jordan is the fourth kid of a dancer and actor Kevin Federline. She was born from his relationships with Victoria Prince, an ex-volleyball player. To the moment of her birth her parents were not married. 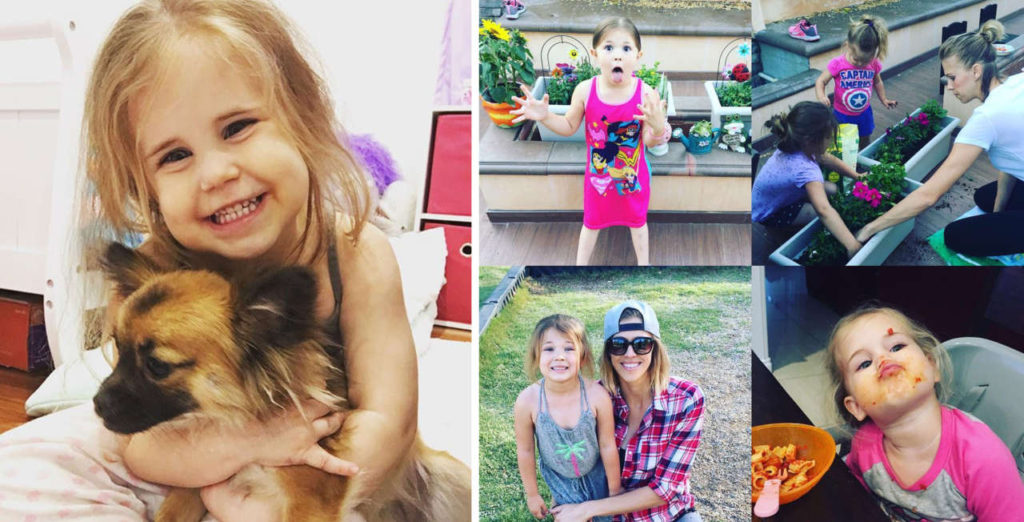 It’s not publicized, if Sean and his younger half-sister Peyton are friends, or they have nothing in common except for their father’s genes. The girl was born a year after Mr. Federline marriage to an athlete Victoria Prince. Kevin seems to be a real daughter’s daddy. He uploads numerous pics to social media, where he dances with his daughter, or makes Peyton laugh, wearing funny giraffe headband.