Is Emma Thompson a lesbian/bisexual?

What is Emma Thompson marital status?

Who is Emma Thompson husband?

Many people all over the world are sympathetic to the British talented actress, whom we also know as a writer and comedian. But like any other woman – she is not just a career maker, but also a mother and a wife.

Family is the main priority of an Oscar-winning movie star. But she tells that people, whom she considers as the members of her family, are not always blood-related to her. She considers some of her friends, her adopted son and her daughter’s ex-babysitter as her relatives. But we won’t tell you about all of them – let’s just speak about people, who were near this great woman and saw the moment, when her star was born. 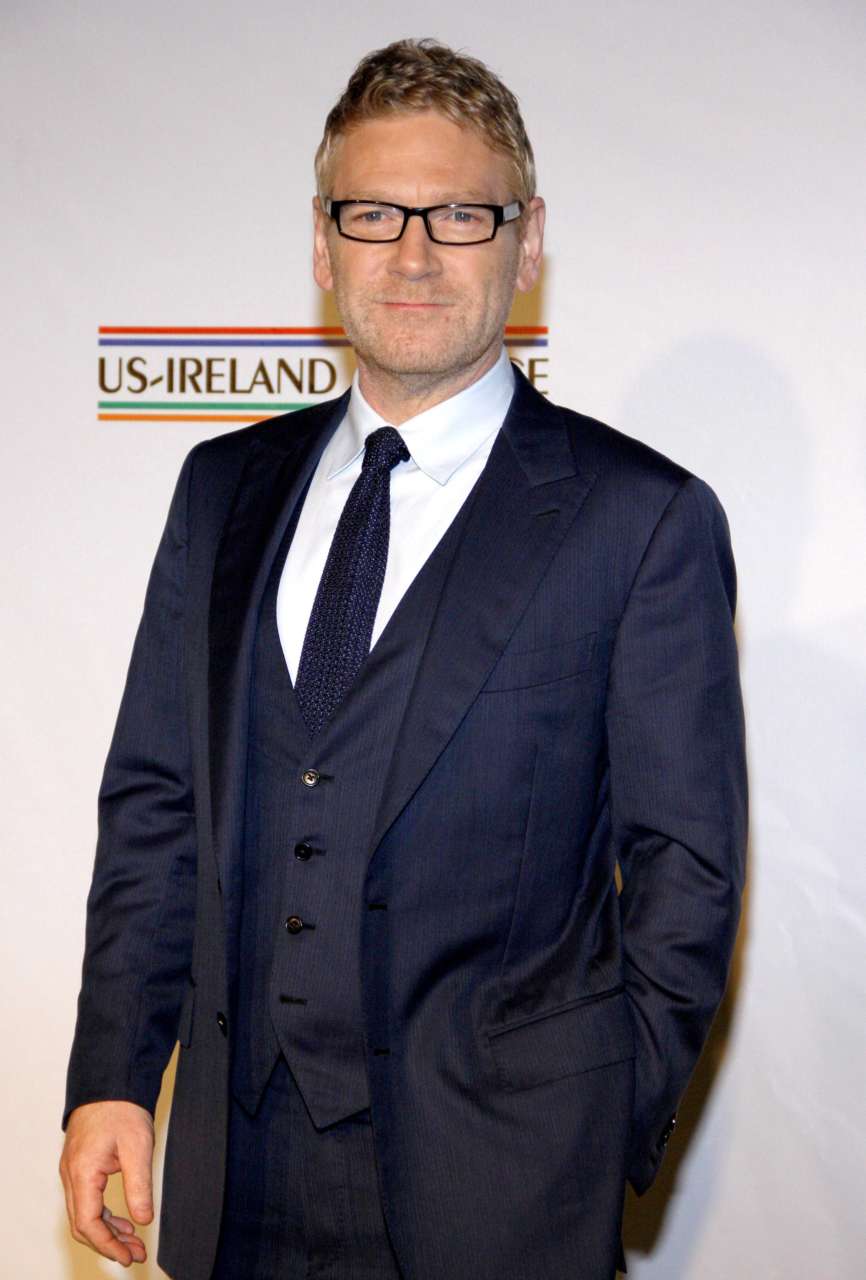 Emma Thompson went down the aisles for the first time in 1989. She was the happiest bride in the world, and, as she thought then, she had made a good choice

Her loved one, Kenneth Branagh, is known worldwide as a gifted stage and movie actor, film director and screenwriter. His talent is proved by tons of prestigious awards, including Golden Globes, Oscars, etc. He gained popularity as a classically trained English actor, who appeared in numerous Shakespeare’s plays, such as “Much Ado About Nothing”, “Hamlet”, “Henry V”.

He has made a long way, which started in Belfast (the capital of Northern Ireland) and continued in Reading, England, where his father, a plumber, moved their family. During his years at school, he fell in love with acting, and after graduation entered The Royal Academy of Dramatic Art.

Kenneth started his career immediately after graduation – at first he appeared in TV shows, and in late 1980s finally debuted on the big screen.

In 1989 he met his big break – Kenneth created the film “Henry V”, based on Shakespeare’s play. He wrote the script, directed the film and played the lead role. The movie gained incredible popularity and gathered positive reviews from critics. In addition, it brought Kenneth the meeting with an actress Emma Thompson, who portrayed Katharine, daughter of King Charles VI, in the movie.

Their love affair developed really fast. In 6 months Kenneth and Emma invited their friends and relatives to the private wedding ceremony.

During 6 years their couple was considered as the most beautiful in Great Britain. But in 1995 they separated because of Kenneth cheating. He fell in love with another famous English actress Helena Bonham Carter.

He split with Helena several years later and then married Lindsay Brunnock, an art director. They are an item, till now.

Emma Thompson met her current husband Greg Wise at the set of “Sense and Sensibility”. But at first, both of them didn’t notice one another. She was still frustrated because of her divorce with the first husband; and he started a short-term love affair with Kate Winslet, who was busy in the same movie, too.

But then Greg and Emma noticed each other, and gradually fell in love. The couple dated during 8 years, till finally, they decided to make it official. As Emma tells, she was too cautious because of Kenneth Branagh’s cheating and was not ready to trust someone else.

But now she is a happy wife and is incredibly proud of her husband. Born Matthew Gregory Wise has lots of achievements – he is a popular actor and producer. The actor appeared in several popular TV series, such as BBC’s “The Moonstone” and acted in a number of big screen movies, the latest of which is “Walking on Sunshine” (2014).

Emma feels comfortable in the company of her husband. No wonder, because Greg is a well-educated person. He was born in Newcastle upon Tyne in the family of architects, attended prestigious St Peter’s School and then studied drama at the Royal Scottish Academy.

He has two kids with his wife Emma Thompson. 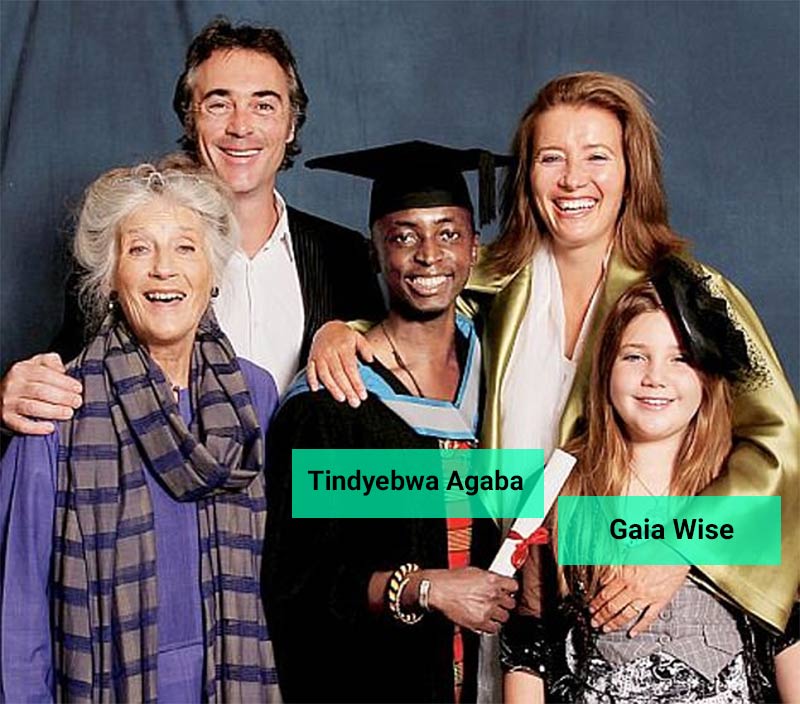 Gaia Romilly Wise is the only biological daughter of Emma Thomson and her husband Greg. She was born in 1999 when her famous mother had already turned 40. Emma and Greg conceived the kid in vitro because she couldn’t get pregnant naturally for several years.

Emma is a really responsible mother. After Gaia’s birth, she made a pause in her career to spend more time with her kid.

Now Gaia is 19, and she is a frequent guest at red-carpet events. The girl, who looks like the younger copy of her popular mother, has already taken to movie industry herself. He starred in “A Walk in the Woods” and “Last Chance Harvey”.

The girl doesn’t take acting too seriously, and she channels the major part of her energy to the activity of a Greenpeace activist. She was bullied for it at school, so she decided to study remotely. The girl has a beautiful studying room, situated in the middle of her parents’ garden.

Emma Thompson dreamed to have more than 1 child, but couldn’t get pregnant. So, her husband and she decided to adopt a child. She met Tindyebwa when he had already turned 16. He came from Rwanda and was a child soldier. His biological father died from AIDs and his other relatives were killed during the war. The boy was kidnapped by the militia and was forced to be a soldier at a very tender age. The charity worker helped him to move from Rwanda to England, where he met the kind-hearted actress Emma Thomson. Greg and she invited the boy for dinner on Christmas, and since then he had become the part of their family, although the adoption papers hadn’t been ready yet.

Tindyebwa has become a great big brother for Gaia. They are closely connected and maintain warm siblings’ relationship.

In 2009 the young man graduated from the University of Exeter. Now he is a 31-year-old young man with the degree in policy and human rights law. His activity is connected with the support of African refugees. It sounds quite natural, doesn’t it?

Who are Emma Thompson parents?

Emma Thompson is different from other actresses – she is not afraid to look ugly on the screen if it’s necessary to make the film more convincing. She inherited that incredible loyalty from her mother – a talented actress Phyllida Law. The Scottish born actress, she gained kudos due to her talented complex roles in the films “The Winter Guest”, “The Time Machine”, “Peter’s Friends” and many others.

She was born in the family of Meg and William Law. Her father was a talented journalist. She started her career in 1952 when she joined the cast of Bristol Old Vic Theater. Then, gradually, she moved her way on TV and featured in a number of shows, such as “Dixon of Dock Green”, “Top Secret” and others.

In 1957 she wedded her Bristol Old Vic colleague Eric Thompson and welcomed two daughters with him. They were a couple till his early death in 1982.

Phyllida is one of the most long-serving actresses in the world. In 2017 she released a memoir book, titled “Dead Now Of Course”, where she described her meetings with many talented entertainers, the major part of which had already passed away.

Eric Thompson is Emma’s father. He was a famous actor and film director. The man started his career at Bristol Old Vic. He gained popularity as the narrator of the kid’s program “The Magic Roundabout”, which was inspired by the similar French animation show.

He was born in the family of a hotel waiter George Thompson and his wife Annie. He trained his acting skills at the Old Vic School.

He debuted on TV in the early 1950s. Eric’s most popular screen works are “Maigret”, “Coronation Street”, “Doctor Who” and others.

He passed away in 1982 after the sudden heart attack. His daughter Emma Thompson confessed in one of her interviews that her father’s death “tore her up”. She missed her parent very much.

Emma’s younger and only sister Sophie is an actress, too. It’s interesting to know, that the sisters had never appeared in the same project before, but as Sophie says, she would be delighted to act opposite Emma in some really meaningful project.

Sophie attended the same with her father theater school – Bristol Old Vic one. She debuted at the age of 15 in “A Traveller in Time” (BBC miniseries).

Probably, her most popular role is a witch Mafalda in “Harry Potter and the Deathly Hallows: Part 1”. Her other accolades include the parts in the films “Four Weddings and a Funeral”, “Emma”, “Nicholas Nickleby” and others.

Emma’s sister is the holder of numerous prestigious awards and nominations, including Olivier Award, given by the Society of London Theater.

She is married to an English entertainer Richard Lumsden and brings up two sons with him.

Emma Thompson is a celebrated English actress, who gained popularity after the release of the feature film “The Tall Guy”. The actress created a number of complex female characters in numerous films and TV series, such as “There’s Nothing to Worry About!”, “Ellen”, “Love Actually” and others. Emma is the holder of two Oscars and two Golden Globes.

The daughter of two popular actors, she started to act in her late teens. During her years at Newnham College, she became a part of the Footlights acting group. Having started her career as a comedian actress, she later added many serious dramatic roles to her resume.

Emma Thomson is serving as an actress until now. One of her recent movies is “Men in Black: International”, where she portrayed Agent O.