Is Liam Neeson a gay/bisexual?

What is Liam Neeson marital status?

Natasha Richardson (wife till her death) 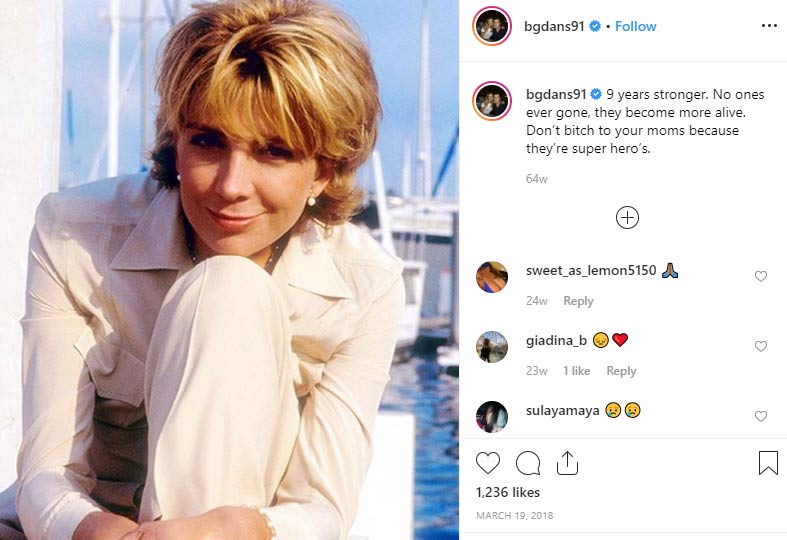 Liam Neeson is a handsome and charismatic person, and during the years of his career, he dated lots of talented beautiful women. He had long-term deep relationships with the movie star Helen Mirren, then he caught the heart of 19-year-old Julia Roberts and after that, during 3 months he was the love interest of a hot model and actress Brooke Shields. But in spite of numerous love affairs, Liam had been an enviable bachelor till he turned 40. The actor thought that he was too busy and too complicated to become a good husband and father. But he changed his mind when he met beautiful and elegant Natasha Richardson.

At the time of their meeting, she was 29 and he was 40. They both were busy in the play “Anna Christie”, written by a famous playwright Eugene O’Neill. Liam immediately fell in love with the tender actress, but he had to respect the fact that she was married at that time. Natasha’s husband was an English producer Robert Fox. He was the representative of a noble English family. And Natasha was also the scion of a talented acting breed.

Her mother, Vanessa Redgrave, who is 82 as of now, is known as Theatre Hall of Fame inductee, and her late father Tony Richardson, was a notable film director.

Her parents separated when Natasha was just 4. But she maintained close relationships with her father. The actress made her debut with a short appearance in her father’s film “The Charge of the Light Brigade”.

Richardson looked like a tender aristocratic lady, had good manners, and that was widely used by numerous film directors, who offered her the roles of ladylike vivid inhabitants of English villages, such as her Alice Keach from the chamber psychological drama “A Month in the Country”. By the way, not just Natasha was discovered at the set of the film, but also young Colin Firth and Kenneth Branagh.

To the moment of her meeting with Liam, she has already become a star, while he was just waiting for his breakable role. And soon he got that one – of Oskar Schindler in Steven Spielberg “Schindler’s List”. The historical drama got a number of awards, and Liam finally gained the status of an A list Hollywood star. Natasha supported him, while he was busy on the set – she wrote him love letters and helped to get rid of emotional tension, which he had because of participation in such a complex movie.

When he returned home, he immediately proposed the actress. Natasha divorced her first husband, and on July 3, 1994, they tied a knot.

They spent 15 happy years together and welcomed two sons. But their love story had a sad end – Natasha died from a brain hemorrhage, which she got while skiing at Quebec. Her death seemed absurd to many of her fans. Probably, Natasha would have avoided such a fast departure, if she had seen the doctor immediately after the fall. But the actress waited for 4 hours before she finally went into a hospital.

After her death, Liam dated a number of celebrities. But he is not ready to start a new family and forget about his late wife. 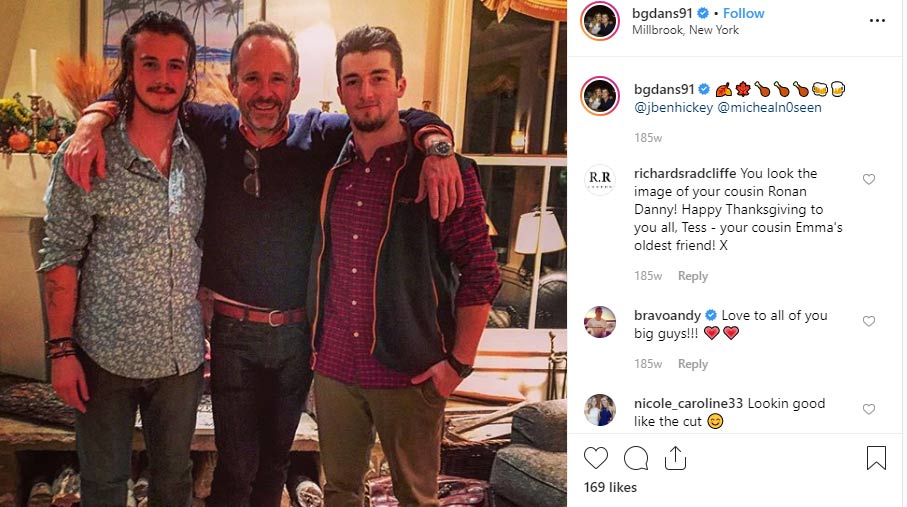 Natasha and Liam were happy to become parents for the first time. Natasha shared her baby news when her husband was busy at the set of the biopic drama “Michael Collins”. Liam said the movie cast was quite dynamic – they wanted to make him free to the moment of the childbirth.

The boy had seen the world at Holles Street hospital in Dublin. Natasha and Liam felt incredibly responsible for the new life; they put lots of efforts to make Michael a happy kid and to develop his talents.

He led ordinary life till the year of his mother’s death – the boy attended school, took acting classes and was very interested in fashion. But everything changed in 2009, after Natasha’s tragic skiing accident. After her death, Michael lost the part of his soul.

The teenager was really depressed – he started to use drugs and forgot about studying. His father Liam sent him for rehab in Utah. That helped, and at the age of 19, Michael seemed to find his calling. He launched the fashion gallery in London.

But his mother remains an inseparable part of his life. Recently he had changed his surname from Neeson for Richardson. In addition, he tried his hand as an actor and appeared in a number of films, including “Vox Lux” (starring Natalie Portman and Jude Law) and “Cold Pursuit” (with his father playing the title role).

Liam is happy with his son’s decision. He is sure, Natasha would have been really content if she had seen her little boy at the film set – as she was a scion of a popular acting family. 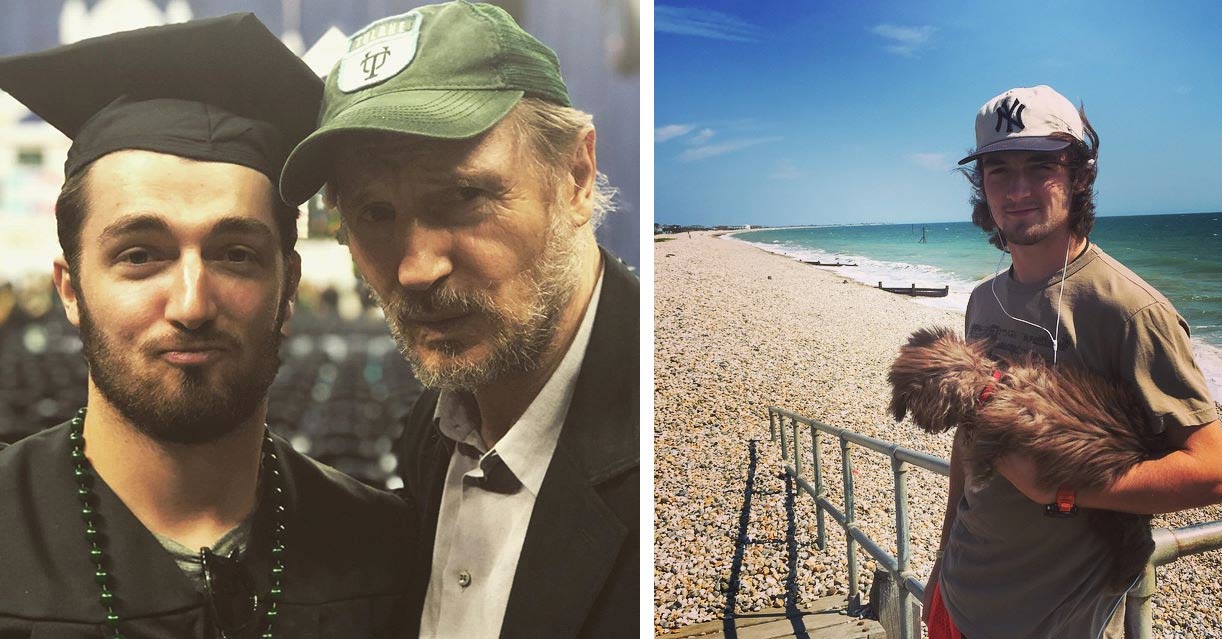 Daniel Neeson is really close with his father Liam. If Micheál seems to be “momma’s boy” – he resides in the UK and has just taken his mother’s surname – Daniel is more connected with Taken star. He lives in the American city – just like his father. And very often Daniel and Liam are caught by paparazzi’s cameras when they have fun together. For example, not long ago the father and the son attended a hockey match.

His birth name is Daniel Jack Neeson. He entered this world in one of New York hospitals. The boy was just 13 when he lost his mom. But unlike his older brother, Daniel didn’t walk on the wild side after that. He graduated from a prestigious Fordham High School and then continued his education at a Tulane University, where he majored in theater art and digital media. Having graduated in 2019, he is busy with a number of business ventures now, one of which is creating eco-friendly apparel.

Who are Liam Neeson parents?

Liam’s late father was a pious well-educated person, who made a great impact on his son’s life. Bernard served as a custodian at a Catholic school for boys. He was very religious and took his son and three daughters to the church each Sunday. Once the priest in the church offered Bernard to take his son for box workouts, and thus Liam was involved in this dangerous kind of sports, which helped to form his strong nature and chiseled body.

Bernard didn’t earn a lot, but money was not the main in the Neeson family. They resided in a small house, which actually resembled a box, in Ballymena, Ireland. Mr. Neeson put lots of efforts to teach his kids to be kind and hard-working. Later Neeson family opened a pub, and Bernard was busy there, too. 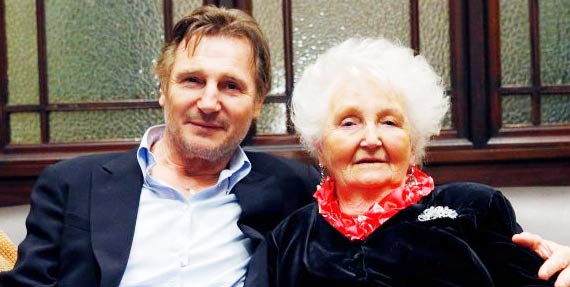 Liam’s mother was a dinner lady. She cooked meals at school, and she had to go on foot 1-2 miles each day to get to her place of work. It was hard, but she had never complained because she knew, she had to care about her 4 kids. Bernard didn’t earn a lot, and she had to help him maintain their big family.

Later she helped her husband to run a pub. Katherine taught her son to be honest and hard-working, and in spite of his current star status, Liam’s mindset hasn’t changed.

Katherine is still alive, although her health has deteriorated after the tragic death of her grandson Ronan, the son of her daughter Bernadette in January 2019.  She is nicknamed as Nanna Kitty in a family circle.

Elizabeth is Liam’s older sister. She is the first kid in Bernard and Katherine family. She resides in Ballymena and runs a laundry business. Elizabeth, who changed her surname for Connaughton after marriage, has a close bond with her brother. Liam helps her in her laundry, when he comes to visit her. The Hollywood star is not afraid to make his hands dirty, and it attracts more visitors to his sister’s venue, where the blockbuster star can be seen with the iron in his hands. 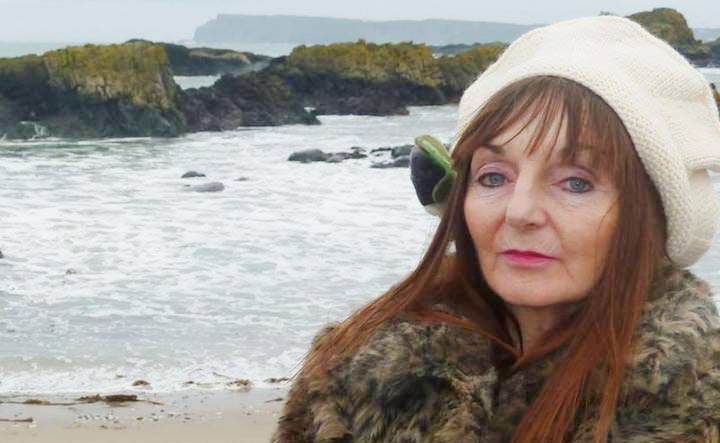 A real family man, Liam has cordial relationships with his older sister Bernadette. The woman resided in Worthing, West Sussex. She gave birth to 6 kids, the youngest of which, Ronan Sexton, fell from a phonebox and was in a coma for 5 years till he peacefully died during a night of sleep.

Bernadette is divorced. She lives under one roof with her partner Harry. The woman earned her living as a teacher. 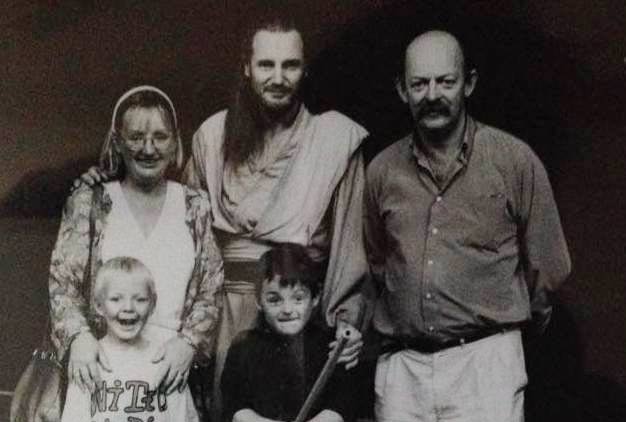 The youngest in the Neeson family, she keeps her husband and two kids out of the limelight. But like her older sisters, she is closely-knitted with her stellar brother.

Liam Neeson is an internationally popular actor, who gained popularity at a comparatively later age – at 40. He is known by such screen works as “Excalibur”, “Schindler’s List”, “Kingdom of Heaven” and others.

He was born in Ballymena, Northern Ireland, and was brought up in the big but poor family. His mother and father were very religious and taught their son and daughters not to come home late and fulfill all their duties, starting from keeping their rooms clean and ending with good grades at school.

In his youth, Liam was considered as a talented boxer. He won a number of championships in his age category. Some part of his heart belonged to this kind of sports, and the other one was taken by the theater. He appeared in school productions and continued to play during his years at Queen’s University Belfast. He studied computer science there, but then quit it.

After trying a number of odd jobs, he finally focused his mind on acting. Liam started his career as a theater actor and then gradually moved to the big screen. He gained initial recognition as Gawain, King author’s nephew, from the historical film “Excalibur”.

Liam’s big break found him in the early 1990s after he had portrayed the title character in “Schindler’s List”. From that moment and till now he is a busy actor. Recently Liam has appeared as High T in “Man in Black: International.