Is Lele Pons a lesbian/bisexual?

What is Lele Pons marital status?

Who are Lele Pons parents? 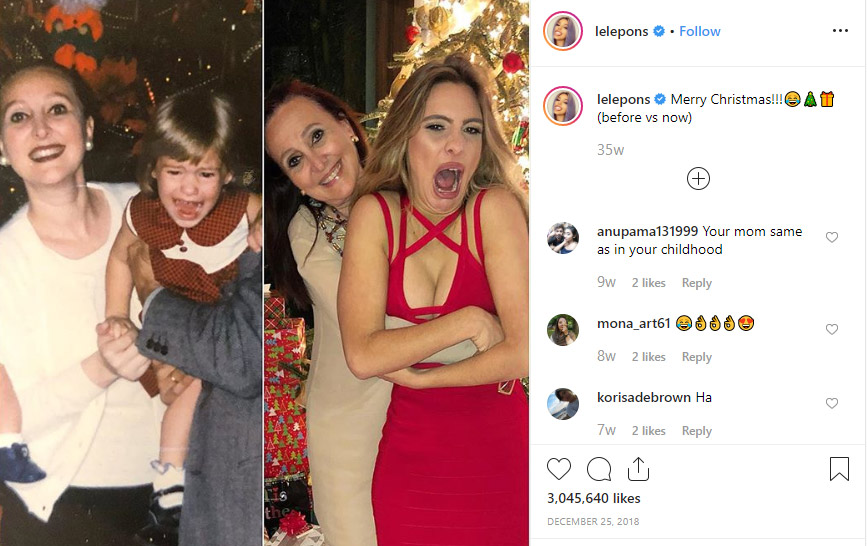 Lele has a close bond with her mother. She loves and respects Anna Maronese, and her sweet posts on Instagram, devoted to her mom, proves this fact.

The woman lives in Miami, FL now. She is married and has just one child – Lele. Mrs. Maronese is as humorous as her daughter. Very often she appears in Lele’s videos.

Anna is not a celebrity, but she has some famous relatives. Her sister, Marilisa Maronesse, is the wife of a famous Puerto-Rican singer Chayanne. By the way, he is Lele’s godfather, too. The YouTube star dreams to make some video featuring Chayanne one day. At the same time, she understands that he is a very private person and feels awkward about that idea. 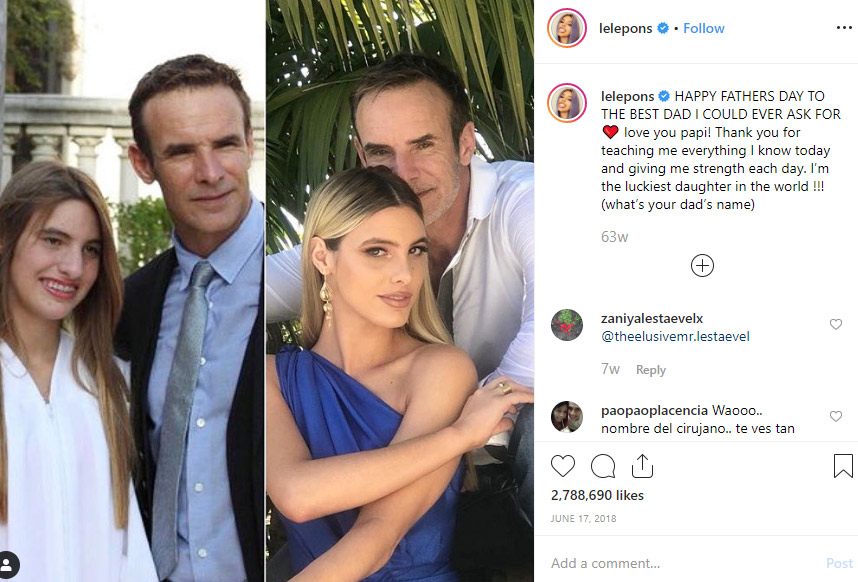 Lele was blessed with a great father. She confessed through social media, that Mr. Pons is the best parent any kid could wish to have.

He was born in Venezuela and graduated from a college there. He got married the doctor Anna Maronese and welcomed a daughter Lele with her.

To develop his career, the man moved his wife and daughter to USA. Currently, he resides at Miami and runs Luis Pons Design Lab there.

Lele has a great role model in front of her eyes. Her father is also a celebrity in the area of his activity. He served as an interior designer for numerous well-known objects, which include hotels, private houses and business offices. His works were demonstrated in many reputable issues, like “Architectural Digest”, “House & Garden” etc.

Lele Pons took entertainment industry by storm. She is an Internet personality, comedian and dancer. She entered this world in Caracas (Venezuela). She was blessed with the great parents Anna Maronese and Luis Pons. When the girl turned 5, her parents moved her to Miami, Florida, and thus she was raised in USA. Lele’s first language is Spanish, but she speaks fluently English and Italian, too. Lele is the only child of her parents.

She was educated at Miami Country Day school. The girl was very artistic, but she had tough times at a high school because she was bullied. One of her friends advised her to express herself through social media. Thus, she got registered at Vine. After that everything changed for Lele. The platform, where creative people posted their short funny videos, helped her express her talents. Very soon she turned into the Vine star.

The girl graduated from the school in 2015. After that, she relocated to Los Angeles to pursue the career of an entertainer, there. After closing of Vine, she started to post comedy videos on other social media sites. Ms. Pons enjoys the massive following at both of these platforms. Her self-titled YouTube channel boasts with 15 million subscribers. She is followed by 36+ million people on Instagram.

Lele’s talent was valued by numerous prestigious awards, like Teen Choice Awards, Streamy Awards, etc. Internet activity is not the only thing she is interested in. The girl has already tried her hand as a professional actress and a model. In the future, she plans to become a full-time singer and actress.