Is Angela Lindvall a lesbian/bisexual?

What is Angela Lindvall marital status?

Who is Angela Lindvall husband?

Date of birth: May 5 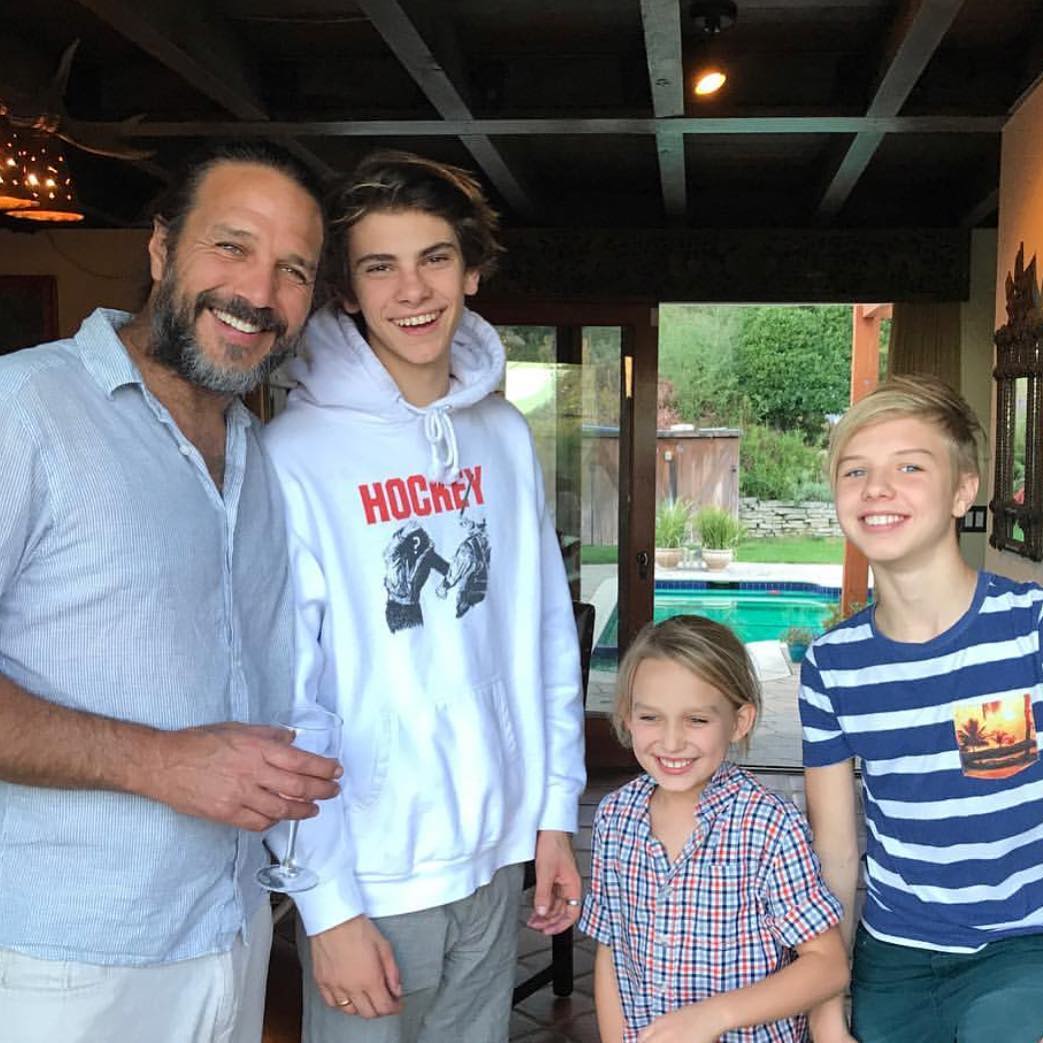 Angela met her husband in the early 2000s during her vacation to Tortola, one of the British Virgin Islands. He was a commercial diver. Angela and William dated for a year and then tied a knot. They welcomed two sons, Dakota and Sebastian. When their younger kid was a year old, William and Angela filed for divorce.

Nowadays, William Edwards resides in Topanga, CA. He is the President of Ironwood Design Group, Inc. He stays out of the limelight, so nothing is known about his personal life as of now. But he seems to have a third son, named Emerson. 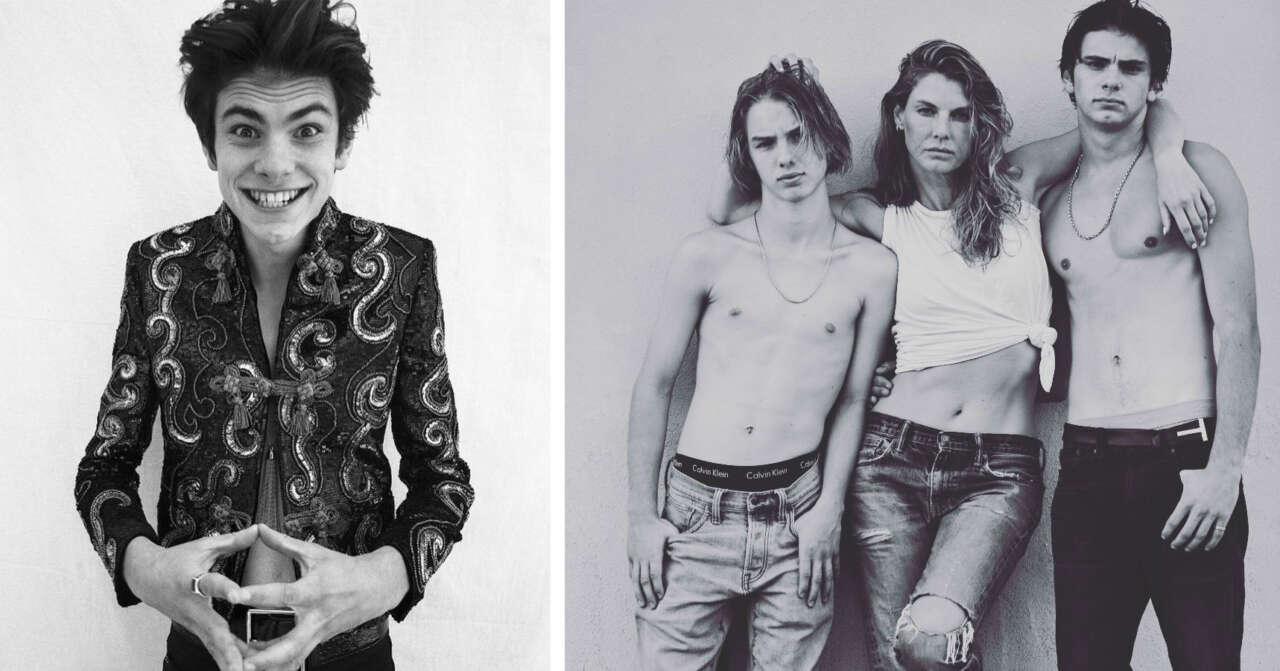 Dakota is Angela’s oldest son. She made a short pause in her career as a model when she was pregnant with him. But soon after his birth, she returned to work.

Nowadays, Dakota follows her steps. He has already made his debut as a runway model. He participated in the Yves Saint Laurent fashion show.

Sebastian is Angela’s second son. He lives the life of a typical teenager. The boy spends a lot of time with his family and friends.

Who are Angela Lindvall parents? 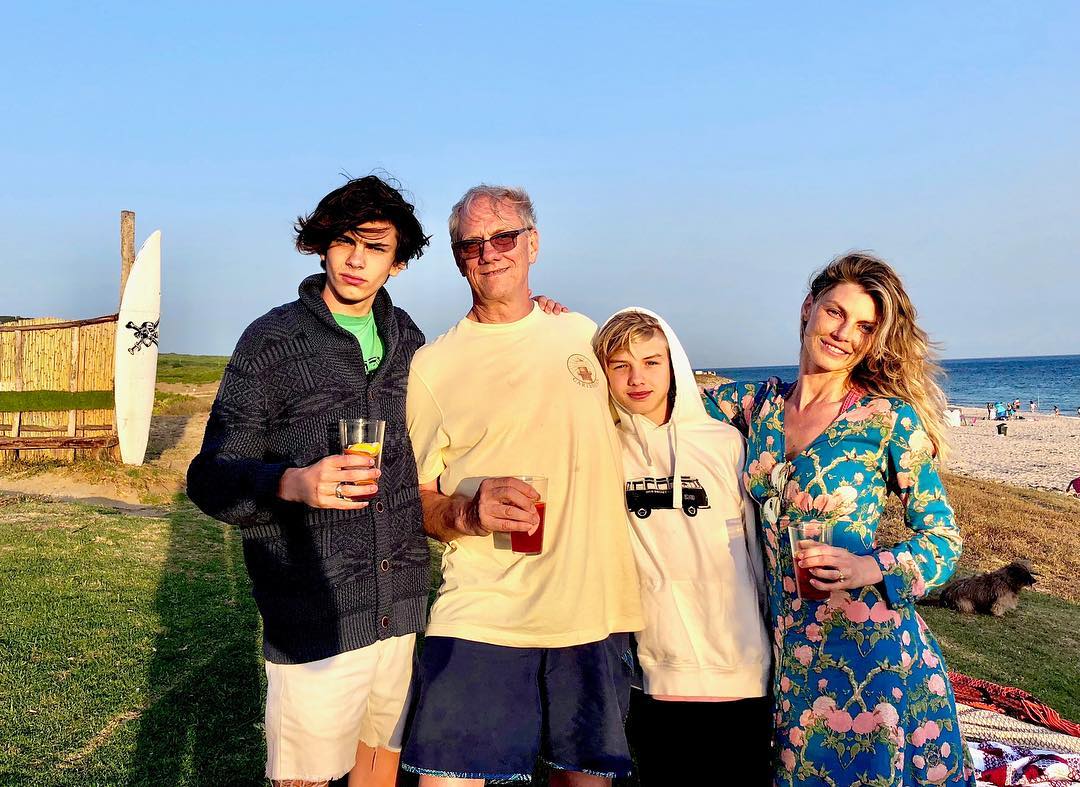 Angela is a real daddy’s girl. She shares lots of photos with her father through Instagram. By the way, the fans discovered that the model took her big blue eyes from Randall Lindvall, her dad.

He graduated from the University of Oklahoma. For many years Randall worked as a pharmacist. He is a father of three daughters and one son. He welcomed the girls, including Angela, with his first wife Laura Lindvall. After their separation, he re-married Karen Lindvall, the medical center employee. They welcomed the only common son Erik. Even though Karen and Randall separated, they remained close friends till Karen’s death from cancer in January 2019.

Currently, Randall is single. He lives in Lees Summit, Missouri, and spends all his free time with his grandchildren. He has six of them.

Unfortunately, we can’t show you the common picture of Angela Lindvall and her mother Laura Camp, because the model didn’t post any of them. Probably, that’s because of Laura’s wish to stay out of the limelight.

Angela’s mother met her father Randall at the University of Oklahoma, where both studied medicine. After graduation, she started her career as a medical technologist. They got married and welcomed three daughters. After their divorce, Laura tied a knot with Bruce Rasdall, the service technician. They parented two daughters, Rachel and Natalie. After many years of marriage, Bruce and Laura separated.

Currently, Angela’s mother is married to David Camp. She lives with her husband in Boynton Beach, Florida. 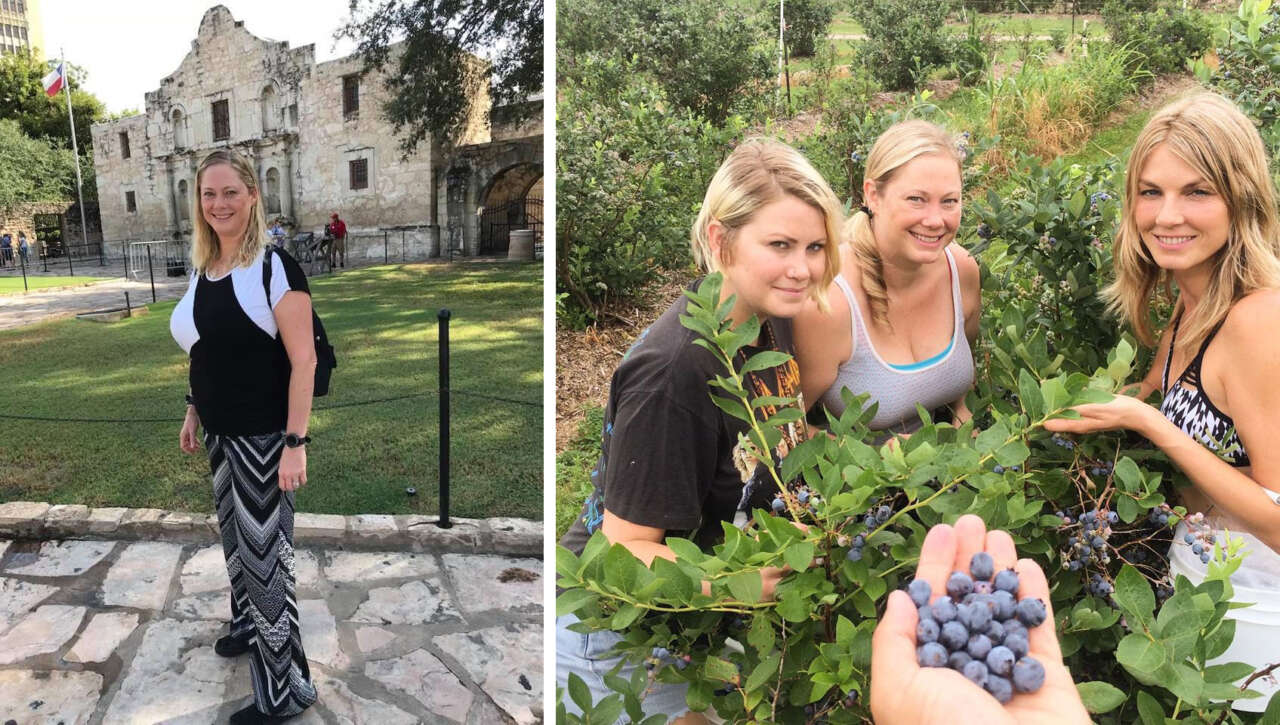 Angela had two full siblings and three half-siblings from her parents’ second marriages. Michelle is her older full sister. In one of her interviews, Angela told, that Michelle was dreaming to become a model, too. But her dream didn’t fulfill.

Nowadays, Michelle Lindvall is a married woman. Her husband is named Sean Jersett. They have a son and a daughter. She works on sales at the food distribution company Fair Market, Inc. 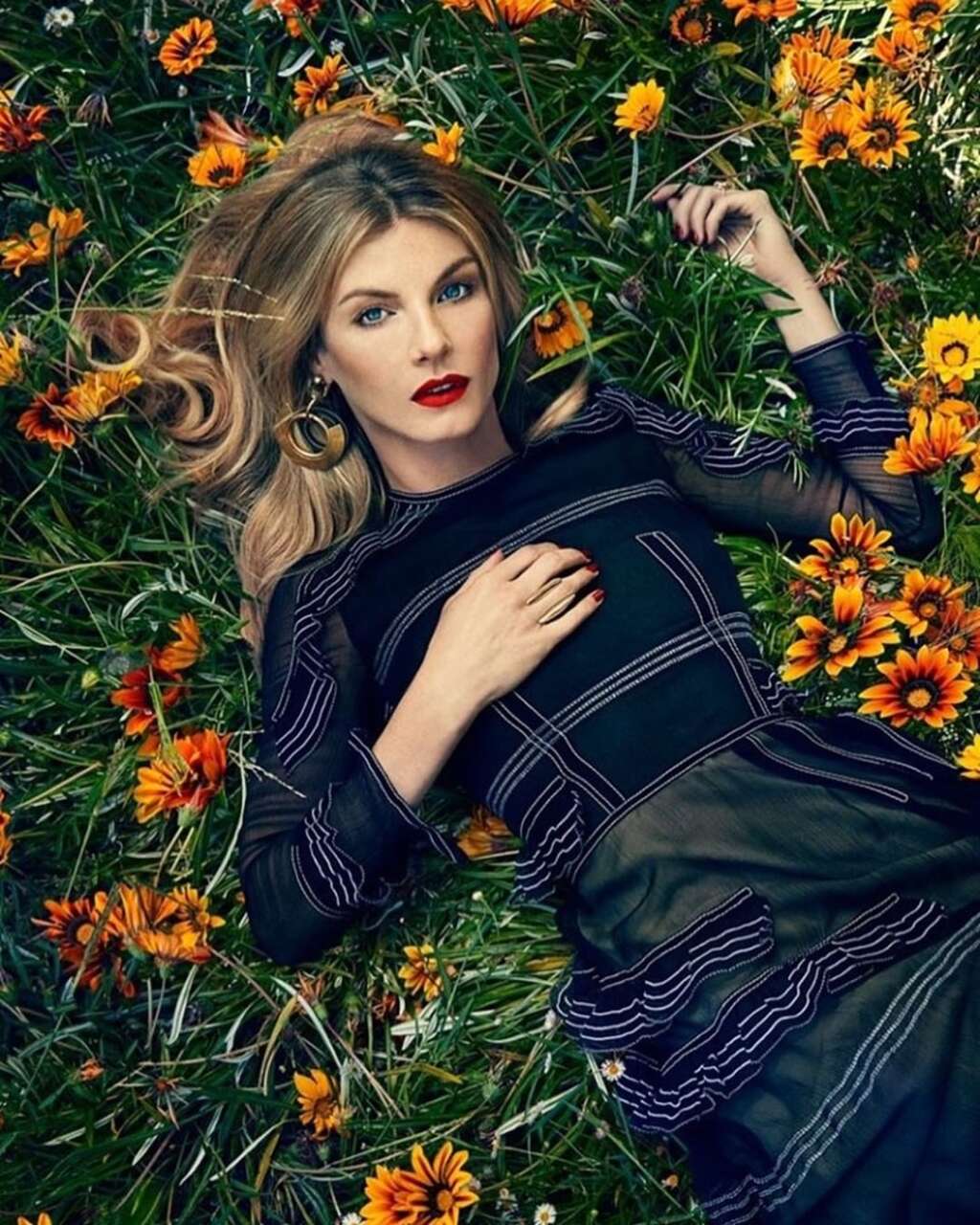 Angela used to have another full sister, but she lost her on August 2, 2006. Audrey died in a bike crash. No need to say that it was a real tragedy for the Lindvall family.

Audrey Kathryn Lindvall was born in Lee’s Summit, Mo. Like Angela, she was working as a model and gained some recognition in that sphere. The friends and relatives remember Audrey as an easy-going and very beautiful person.

On the tragic day of her death, she was riding a bike not far from her family home. She occasionally lost control of her bike and was hit by a truck.

Fifteen years have passed after Audrey’s departure, but her sister Angela still loves and remembers her.

Rachel Wilson (younger half-sister from the maternal side)

Angela maintains warm relationships with Rachel, her younger half-sister. Rachel is the daughter of Laura Camp and her second husband Bruce Rasdall.

Rachel Rasdall was born in Overland Park, Kansas. She tied a knot with the Boston University graduate Donny Wilson in 2015. Nowadays, Rachel works as a case manager at a high school in Chicago. Donny and she are raising two children.

Natalie Rasdall (younger half-sister from the maternal side)

Angela has another half-sister, born by her mother Laura and her stepfather Bruce Rasdall. Natalie keeps her personal life in secret. So, she didn’t tell about any boyfriend or husband to her followers. She works at the body-sculpting company. Natalie is a frequent guest in her sister’s house. 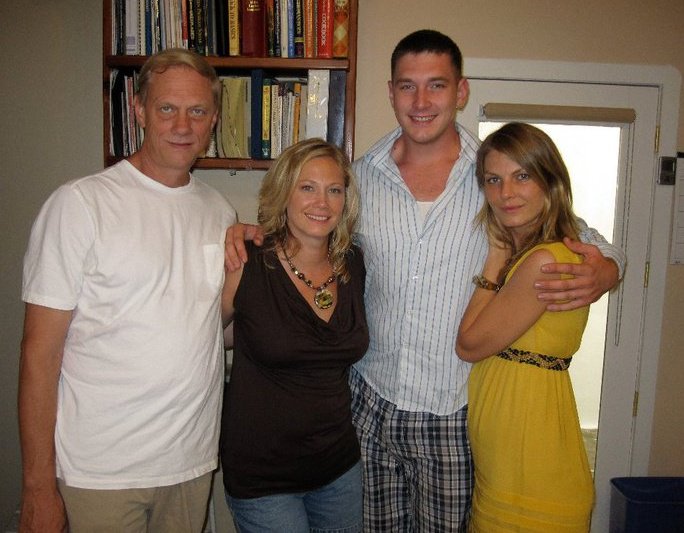 Erik is Angela’s only brother. He is the son of her father Randy Lindvall and his second wife Karen, who passed away in early 2019.

Erik maintains a close connection with his father and sisters. He is an engineer and he used to work at Amazon. He is married to Savanah Lindvall and they have two daughters, Audrey and Lily. Erik and his sister Angela maintain close relationships.

Her name is Angela Jean Lindvall and she is a model, TV personality, yogi, and mother of two handsome boys.

She was born in Midwest City, Oklahoma in the family of Randall and Laura Lindvall. She was the second of three sisters in the family. Angela was still a kid when her parents separated and she moved to Kansas City, Missouri with her mom. Both her parents remarried after the divorce and those marriages resulted in kids. She has a younger half-brother from the paternal side and two younger maternal half-sisters.

Angela was the tallest and thinnest girl in the class, and her classmates advised her to try modeling. She was 14 when she was noticed by a model scout at a big fashion show in Kansas City. After that Ms. Lindvall was invited to model in New York. She visited the agency in that most fashionable city on the planet but refused their proposition. She returned home to finish her school education. At the age of 18, Angela felt, she was prepared to start.

Ms. Lindvall had been involved in the fashion industry for 20 years. She participated in the fashion shows of the most famous brands in the world, like Christian Dior, Tommy Hilfiger, Zara, Just Cavalli, and many others.

In the early 2000s, she was a constant participant in Victoria’s Secret show, which is a solid achievement for any model. In 2005 Angela took part in Victoria’s Secret Holiday Commercial with five other legendary models, including Tyra Banks, Heidi Klum, and Gisele Bündchen. She graced on the covers of many cult fashion magazines, like “Vogue”, “Elle”, “Harper’s Bazaar” etc.

After she had retired from the fashion industry, Angela didn’t disappear from the radars. She tried her hand as an actress and appeared in the Roman Coppola film “CQ”. Then she played a part in the crime film “Kiss Kiss Bang Bang” and the drama “Somewhere”. Besides, Ms. Lindvall hosted the first season of the fashion show “Project Runway: All-Stars”.

Nowadays, Angela is focused on her inner world more than on the exterior one. She lives with her two sons in Topanga Canyon, CA among nature. She owns a 7-acres estate. Angela and her kids like to work in the kitchen garden there. They eat clean fresh products, which they grow by themselves.