Is Heidi Klum a lesbian/bisexual?

What is Heidi Klum marital status?

Who is Heidi Klum husband?

The world of fashion is an illusion, a fairy tale, and it should not have anything at home with reality. A similar idea was expressed in an old interview with the late Karl Lagerfeld. The legendary designer added that Heidi Klum is not the embodiment of the supermodel – he said, her chest is too large and her hips are rather heavy. It is not known what Heidi herself replied to these so offensive words, but the hateful comments of her fans still can be found on the Internet. German model’s fans tried to defend her and insisted that the blonde beauty is an ideal woman for many men over the globe. By the way, Heidi is not just beautiful, but also hard-working. She is involved in many projects, including acting in films and hosting TV shows, and she is also a successful entrepreneur. But how did that all start? 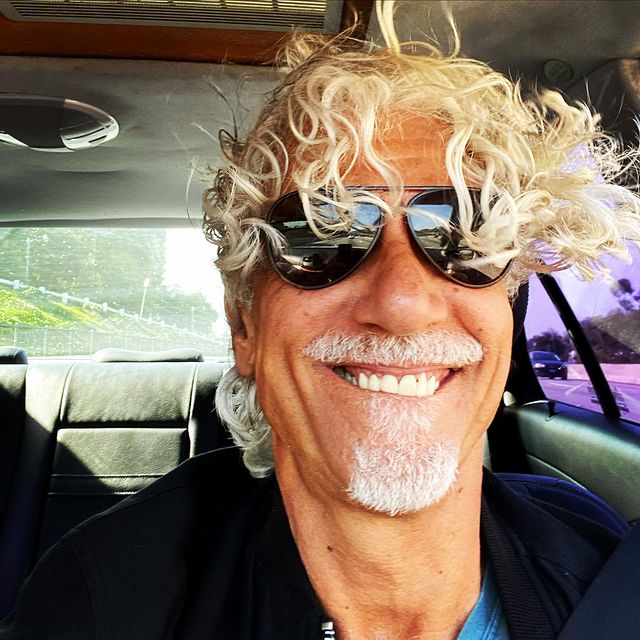 Heidi moved to the USA after she had made a rapid start in her fashion career. In the country of new opportunities, she met the man, who played an important part in her life – personal and professional. His name was Ric Pipino, and he was a hairstylist. He was born in Sydney, Australia, and moved to the USA in 1981. He styled the hair of the richest women in New York. Ric taught inexperienced Heidi to pose in front of the camera and helped her to care about her great hairdo. In 1997 they got married. Ric was much older than his fragile wife. Unfortunately, their marriage ended in 2002. That very year Ric opened his first “Pipino Salon” in Miami. Many celebrities do their hair at that salon.

Ric remains one of the most popular hairstylists in the world. He is in relations with an editor Janet Mercel. 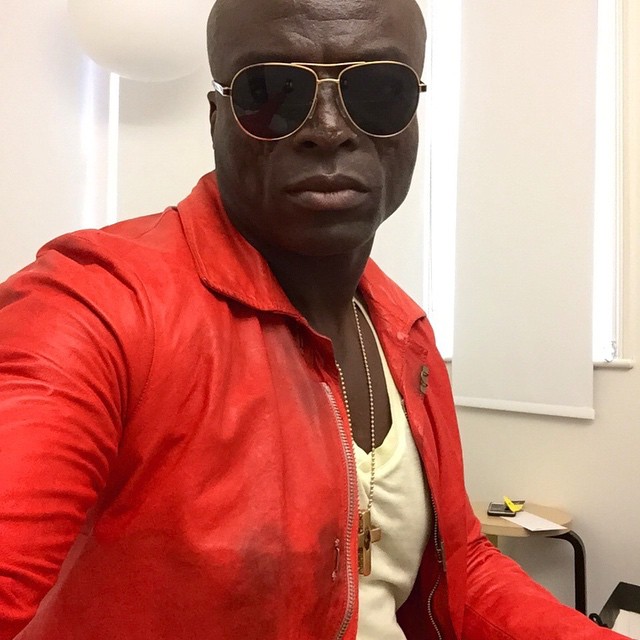 Henry Olusegun Adeola Samuel, widely known under his stage moniker “Seal”, was born in London. His parents were very young at the moment of Henry’s birth, so they decided to put him up for adoption. He spent some time in the adoptive family, and then returned to his biological parents. Mostly, he was brought up by a father Francis Samuel, but they were not close.

He started his music career by singing with the band “Push”. Seal gained wide popularity as a solo singer after the release of his eponymous album through ZTT Records in 1991. Four years later he won his first Grammy for the fragile beautiful single “Kiss from a Rose”.

Seal and Heidi started dating in 2004. The model had just separated from her boyfriend Flavio Briatore, the Italian billionaire. She was pregnant with him but decided to end their relationship because she saw the photo of Flavio kissing the rich heiress Fiona Swarovski. Seal fell in love with Heidi and proposed to her, even though she was pregnant with another man.

They wedded in late spring, 2005. Later Heidi gave birth to her first daughter Helene, Briatore’s biological child, adopted by Seal. Besides, the couple parented three common kids, as well. They filed for divorce in 2012. The reason was Seal’s too hot temper, which sometimes was hard to handle for Heidi and the kids. 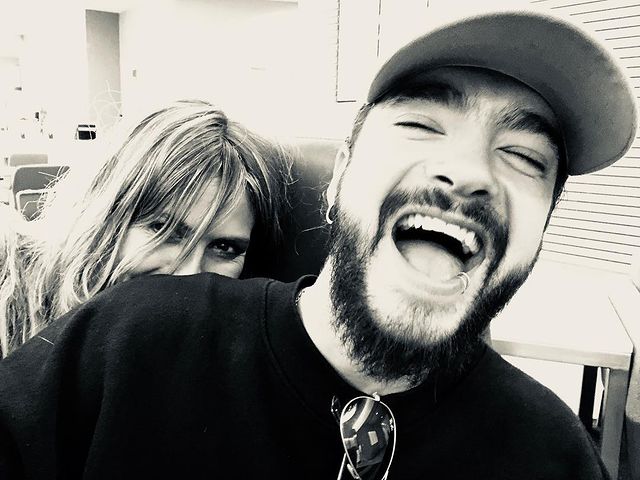 Heidi didn’t lose her sexuality in her 40+, and after the divorce from her long-term partner Seal, she immediately started dating the much younger man Vito Schnabel, the businessman from New York. Their relationship didn’t last for long, but the supermodel wasn’t upset. In March 2018 she met a new fresh love, which made her life brighter.

She met Tom Kaulitz, the famous musician, who played in the Tokio Hotel band for years, at the set of “Germany’s Next Topmodel”. The next day the guitarist came to the set again with the only aim – to meet Heidi. Their passion was like a whirlwind, and since then the couple never parted. They exchanged the wedding vows in February 2019. 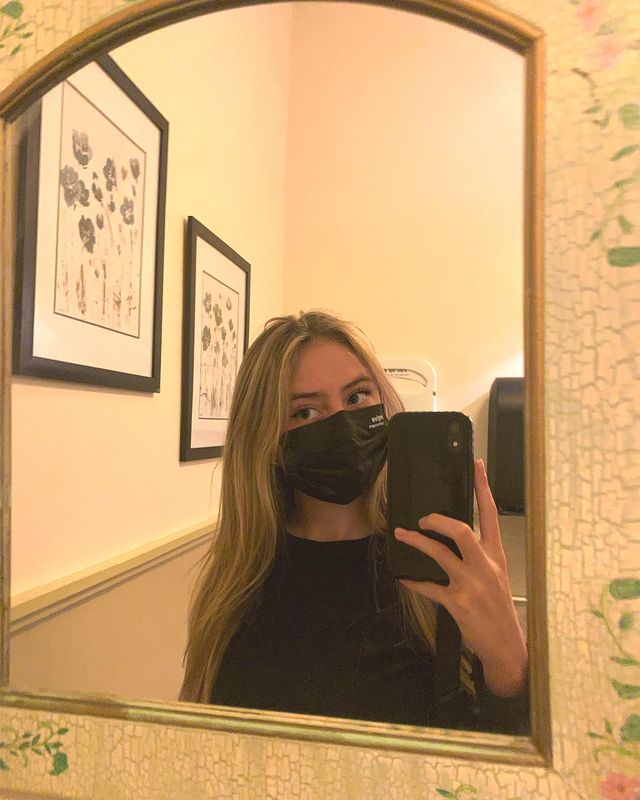 Heidi’s oldest daughter has already become a teenager. As you know, each modern teen has an Instagram page. The girl, who looks like her mother’s little copy, names herself on the media as Leni Klum. But her birth name is Helene Boshoven Samuel. In the family, she was addressed as Leni.

Leni is not very active on her Instagram page. She has posted just a few photos, and her face can’t be seen on many often. Nevertheless, the young lady gained a 200k+ fan base.

Helene is very close with her famous mother and tells her Instagram followers that her mom is her best friend. Heidi is incredibly proud of her daughter. Recently, she has posted a photo of her daughter driving a car. The little girl has already grown up!

On the day of her sweet beautiful wedding with the singer Seal, Heidi was pregnant with their first common child. Just four months later Heidi gave birth to a baby boy in a prestigious clinic in Santa Monica.

Heidi’s first son got a long and interesting name – Henry Guenther Ademola Dashtu Samuel. The proud parents immediately shared the news about the baby’s arrival with their fans.

Time flies fast, and now Henry is in his teens. He prefers to stay out of the limelight. The boy lives with his mother, stepfather, and siblings. But he spends enough time with his biological father Seal, too.

Seal and Heidi dreamed about a big family. That’s why they didn’t wait for long and conceived their third baby. That was a boy again, and he was welcomed in the luxurious hospital in Los Angeles. His older siblings were looking forward to seeing and kiss their baby brother.

Heidi’s third son has a long name, which is not so easy to remember – Johan Riley Fyodor Taiwo Samuel. They say, Johan, who is a middle school pupil as of 200, is as talented as his dad – he likes music and can sing well.

The latest edition to Heidi and Seal’s family is little Lou. Her full name is Lou Sulola Samuel. As of 2020, she is a school pupil and does online schooling, just like many other kids of her age all over the world.

Who are Heidi Klum parents?

Günther Klum, the star’s father, has played a key role in her career success. He worked as an executive at a perfume company. Günther inspired Heidi to explore the fashion industry, and she decided to become a model. For many years Mr. Klum was the model’s manager. It was he, who helped a model build her brand. He assisted his famous daughter in all her projects, including the series “Making The Cut” and the show “Queen Of Drag”.

They say the daughter and father became a little on edge with each other after Heidi’s marriage to Tom Kaulitz. Rumor has it, Mr. Klum and Tokio Hotel members do not get along. But in his interview to a German newspaper Günther denied all the rumors and his quarrel with a daughter and explained that their business separation doesn’t mean their feud. 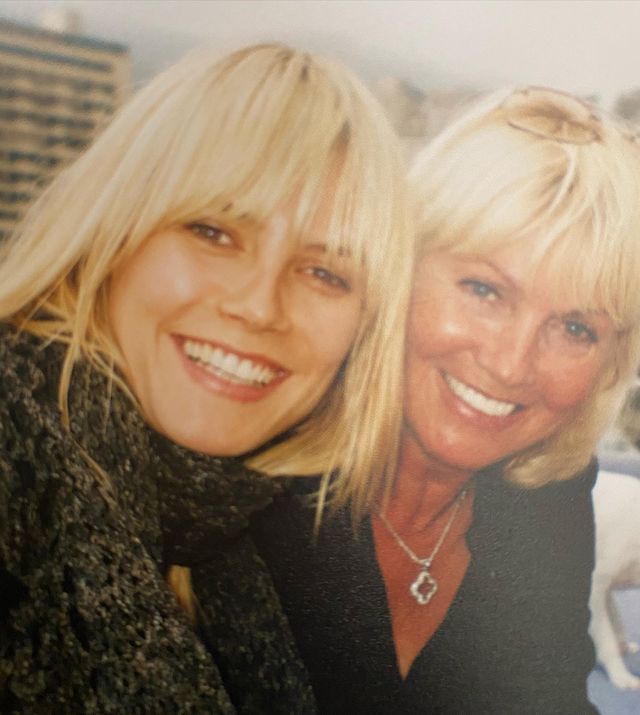 Mama Erna and her celebrated daughter Heidi share a close bond. The supermodel inherited her perfect sense of style from her mother. She used to work as a hairdresser. Heidi lives in the rented house with her kids and mother, when she comes to Germany to film her show “Germany’s Next Topmodel”. 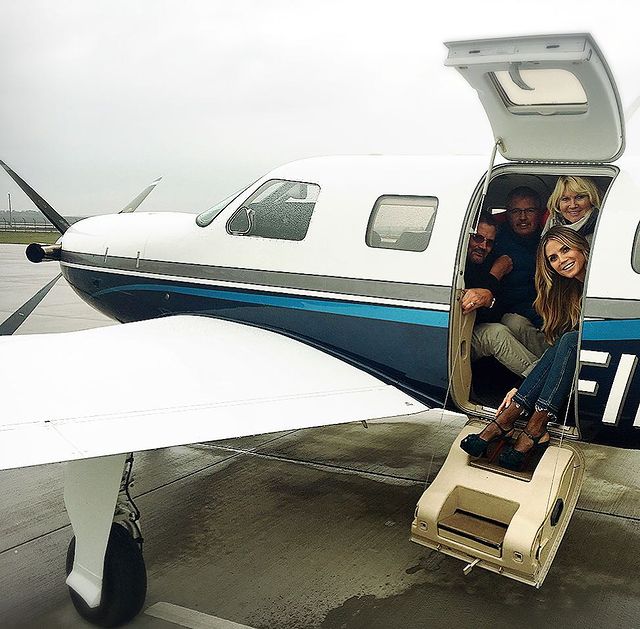 Heidi has just one sibling – a brother Michael. He resides in Germany. Not much is known about him.

Heidi Klum entered this world on June 1, 1973, in the German city of Bergisch Gladbach. Her parents, Günther and Erna Klum, both were connected with the beauty industry – the father worked at a big cosmetics company, while her mother was a hairdresser.

The girl tried on her mother’s clothes in front of the mirror and dreamed to become a fashion designer. But later she changed her mind and decided not to sew luxurious dresses and suits, but to wear them – on the catwalk.

In 1992 she won the fashion contest “Model 92”, having defeated 25, 000 competitors. Probably, her super successful career started at that moment.

A huge wave of fame covered her when she had appeared on the cover of the popular fashion magazine “Sports Illustrated”. Besides, she was Victoria’s Secret angel and quite often featured on the pages of “Vogue”. In 2008, Forbes ranked her as one of the most high-paid models in the world.

Nowadays, she is known as the host of the super-popular TV shows “Germany’s Next Topmodel” and “America’s Got Talent”. She also runs the lingerie fashion line “Heidi Klum Intimates”.

Heidi gained some kudos as an actress, too. She featured on the episodes of popular TV series “Desperate Housewives” and “Sex and the City”, made a cameo appearance on the comedy film “Zoolander” and portrayed the Swiss popular actress Ursula Andress in the biopic comedy “The Life and Death of Peter Sellers”.