Is Cash Baker a gay/bisexual?

What is Cash Baker marital status?

Who are Cash Baker parents? 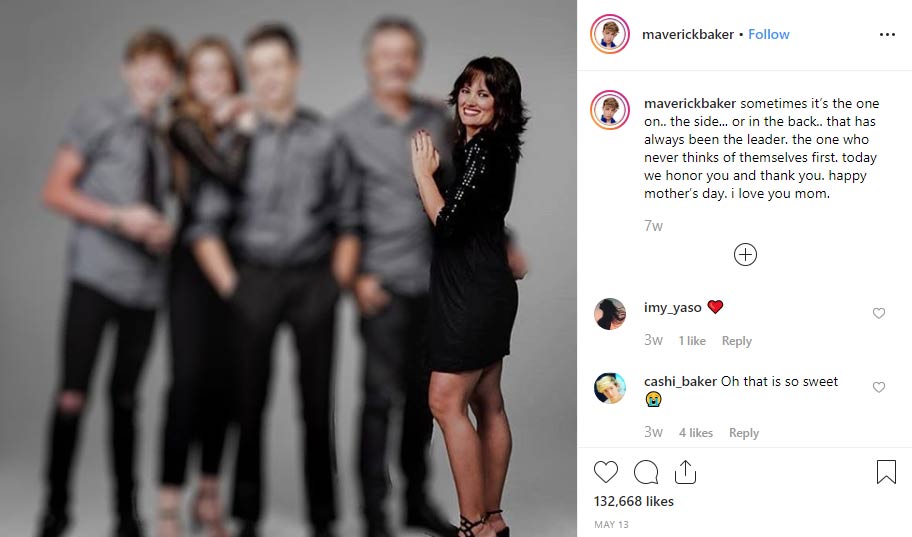 Tara is a young beautiful woman, who gave the world three cutest siblings – Cash, Lani, and Maverick Baker. Cash is very close to his mother, and still he is connected with her, although he has already become a teenager and a celebrity.

Although Tara is more than a decade younger than her husband and father of her kids James, she has always been the leader in their family (according to the words of her son Maverick). She likes traveling with her husband (the couple has already visited many interesting places, like Jamaica, Cayman Islands, Belgium, etc). Tara is a big fan of Taekwondo.

James is the father of Baker breed. He likes his kids, and they like him back – not long ago Cash and his siblings gave James a special gift for Christmas – a luxurious Dodge Challenger, produced in 2015. The proud father really likes the present. Obviously, cars are his passion, as well as cute little puppies. Once he posted a video, where he plays with three of them. 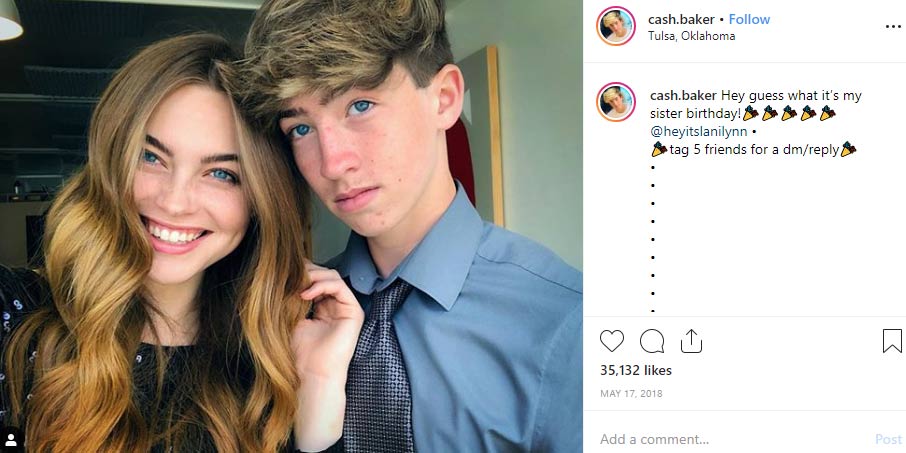 Lani Lynn Baker is Cash’s older sister. Evidently, the siblings have a close bond. Very often Cash uploads the pictures of his sister on his Instagram account. He never gets tired to add, that Lani is the best sibling in the world.

She is a celebrity, too. The girl is famous as a model and an actress. She started her career as an entertainer through Instagram. The girl created an Instagram account in September 2015. Soon she gained a large fan base and began to get professional offers.

Lani debuted as a model for the apparel brand Caycee Black. Not long ago Lani appeared on the cover of “C” Magazine. She collaborated with many other brands, like Neiman Marcus and Exit Peru, too.

In addition to her acting career in the fashion industry, Cash’s sister finds the time for blogging. Her lifestyle blog “The Model Diet” attracts readers all over the world.

Recently she has moved from her home town in Oklahoma to Los Angeles, CA to pursue a career of an entertainer. She likes music and can play the piano and the ukulele. The girl’s favorite singer is Loretta Lynn and her favorite actress is Emma Stone.

Currently, Lani is single, but previously she dated an Instagram star Nate Norell, who is 4 years her older. 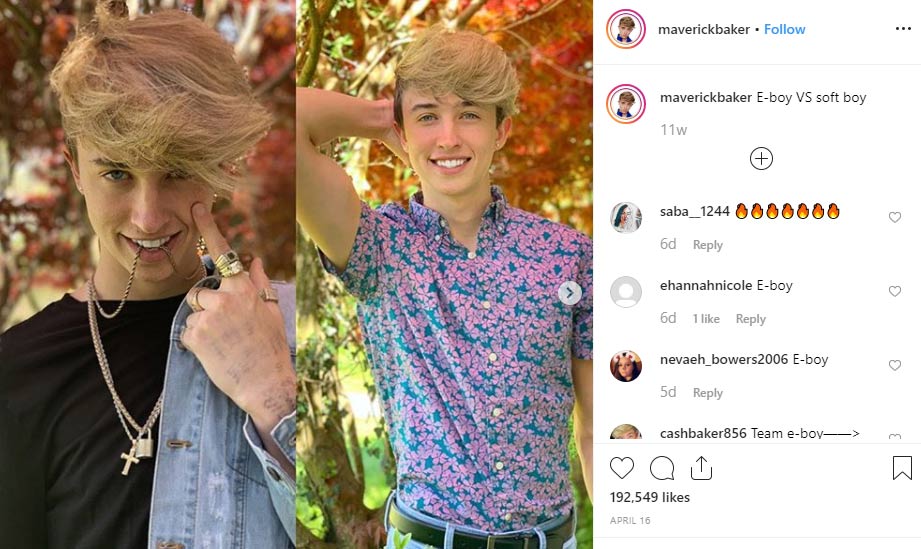 Maverick is not just Cash’s older brother, but he is also his best friend and colleague. The boys perform original songs as a duo, named “Cash and Maverick”. The brothers created the joint account at Tik Tok and gained initial popularity through posting lip sync videos together. The account gained a multi-million fan base.

In 2018 two brothers released a song of their own. “The Way You Move” gained more than 5 million views on YouTube.

Previously to making music videos with his younger brother Cash, Maverick was known as an Instagram star. 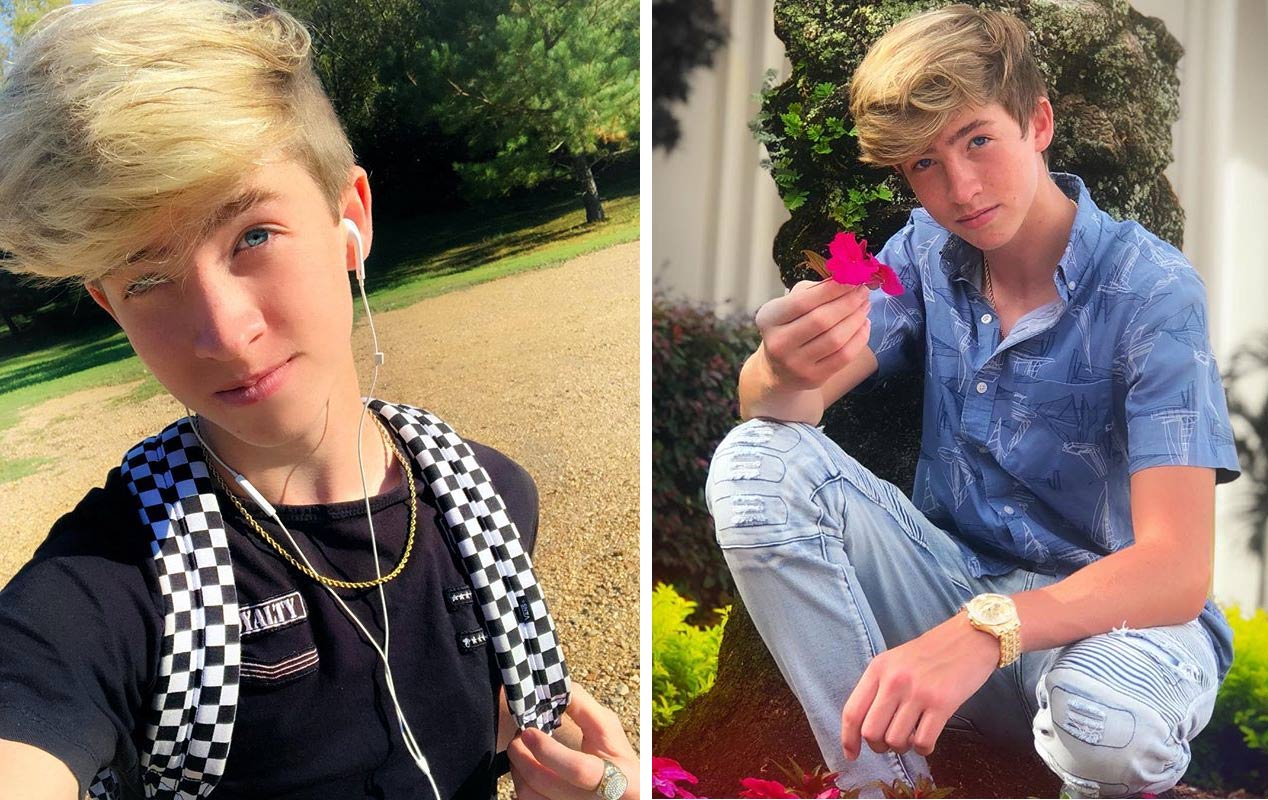 Cash Baker is the teen star, who gained popularity through just making great videos and photos for his account of various social media platforms. The young man has accounts on Instagram, Snapchat, Twitter, and of course, on Tik Tok, which actually made him famous.

Cash entered this world on March 5, 2003, in Tulsa, OK. He is the youngest kid in the family of Tara and James Baker.

Following the path of his older sister and brother, he created an account on Tik Tok and started to lipsync various popular songs. His great looks and precise movements (Cash is a good dancer) helped him gather 5 million followers on the platform. Now he owns the joint account with his brother, which boasts of 7+ million subscribers.

Now Cash and his brother Maverick try to change the focus of their public activity. They gradually moved from making lip sync videos to performing original songs. The brother changed their native Oklahoma for California, where they are going to develop their careers of professional entertainers. The brothers have already made their own concert “Cash and Maverick”, which they are going to show in Dallas, TX on August 17 this year.