Is King Roscoe a gay/bisexual?

What is King Roscoe marital status?

Who are King Roscoe parents?

It’s so important for each boy to grow up by his father’s side and learn all those things, which are passed from the dad to his son. But King Roscoe was brought up by a single mother. His father was deceased at the age of 27. The rapper missed his daddy and kept him in his heart. In one of “The Rap Game” episodes, King Roscoe rapped about his late parent. That impressed the show producer Jermaine Dupri.

King Roscoe shares the first name with his father – Al’dreco. Al’dreco O’Neal Booker was born in 1975 and spent the major part of his life in Georgia. He had a son with his girlfriend Deishonna Jones, five years younger. Mr. Booker was 27 when he was shot in his apartment, where he stayed with his cousin. The murderer hasn’t been found until now. In his music video “Daddy Can You Hear Me” King Roscoe shows his father’s grave memorial.

King Roscoe was blessed with a strong and caring mother, who helped him and supported him on each stage to his popularity.

Deishonna Queiann Jones entered this world in Waynesboro, Georgia. She graduated from Glenn Hills High School, and after that entered Atlanta Technical College. She raised her two sons – Al’dreco and his older brother Fabrice as a single mother. She worked hard all the time to provide her boys with everything necessary. Later God gave her a precious gift – the meeting with a man, who shared her duties. In 2014 she married Octavious Mozley and they both welcomed their common child – the third boy in their family.

King Roscoe’s mother is a talented singer, too. Recently, she has started a new project – the annual concert show “Mother & Son Ball”, in which all her sons, including King Roscoe, participate. 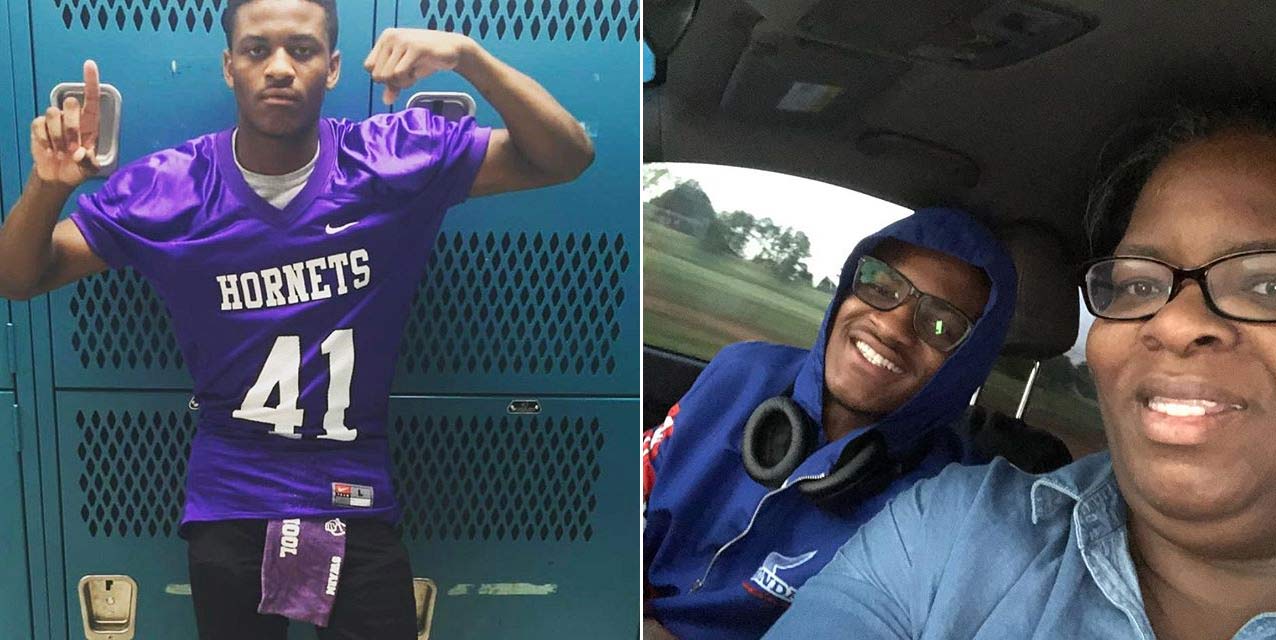 King Roscoe doesn’t share lots of information about his siblings. We’ve discovered that he has an older brother Fabrice Dashawn, Jones. We presume that Fabrice and Al’dreco are not full siblings, they are related through their mother, but this info is not confirmed.

Fabrice Jones is a talented handsome young man. Currently, he resides in Atlanta, Georgia, and runs the apparel company “True Religion Brand Jeans”. He got his education at Jordan High School and then at the University of Oregon.

King Roscoe, the teen rapper, gained wide popularity after his appearance in Season 3 of “The Rap Game”, which has been on air at Lifetime since 2016.

His real name is Al’Dreco Jones. He was born to become an entertainer, and he has been making the members of his family laugh since he was 2. He comes from Augusta, Georgia.

Al’Dreco started rapping at the age of 8. Around that time he got the funny nickname from his peers – “Roscoe”. The boy wanted to sound more impressive, so he added the word “King” to that moniker and began performing under this name.

He wrote his first hit at the primary school age. It was titled “All A Student”, and everybody from his class liked it. So, his mother decided to shot the music video and share it on social media. Soon, “All A Student” turned into a hit on YouTube. Now his self-titled channel boasts with 58k+ followers on that video platform.

The aspiring rapper considers the appearance of the ninth season of the show “America’s Got Talent” as one of the brightest moments in his life. He worked hard to show the strict judges all the edges of his talent. And he got a great emolument for that – the kiss from Mel B!

Nowadays King Roscoe continues his way on top. He plans to develop his skills of a rapper and dreams to turn into a real professional in this area. He has already released his first EP “A Love Story”, which gained wide popularity among his followers.