Is Dixie D’Amelio a lesbian/bisexual?

What is Dixie D’Amelio marital status?

Who are Dixie D’Amelio parents? 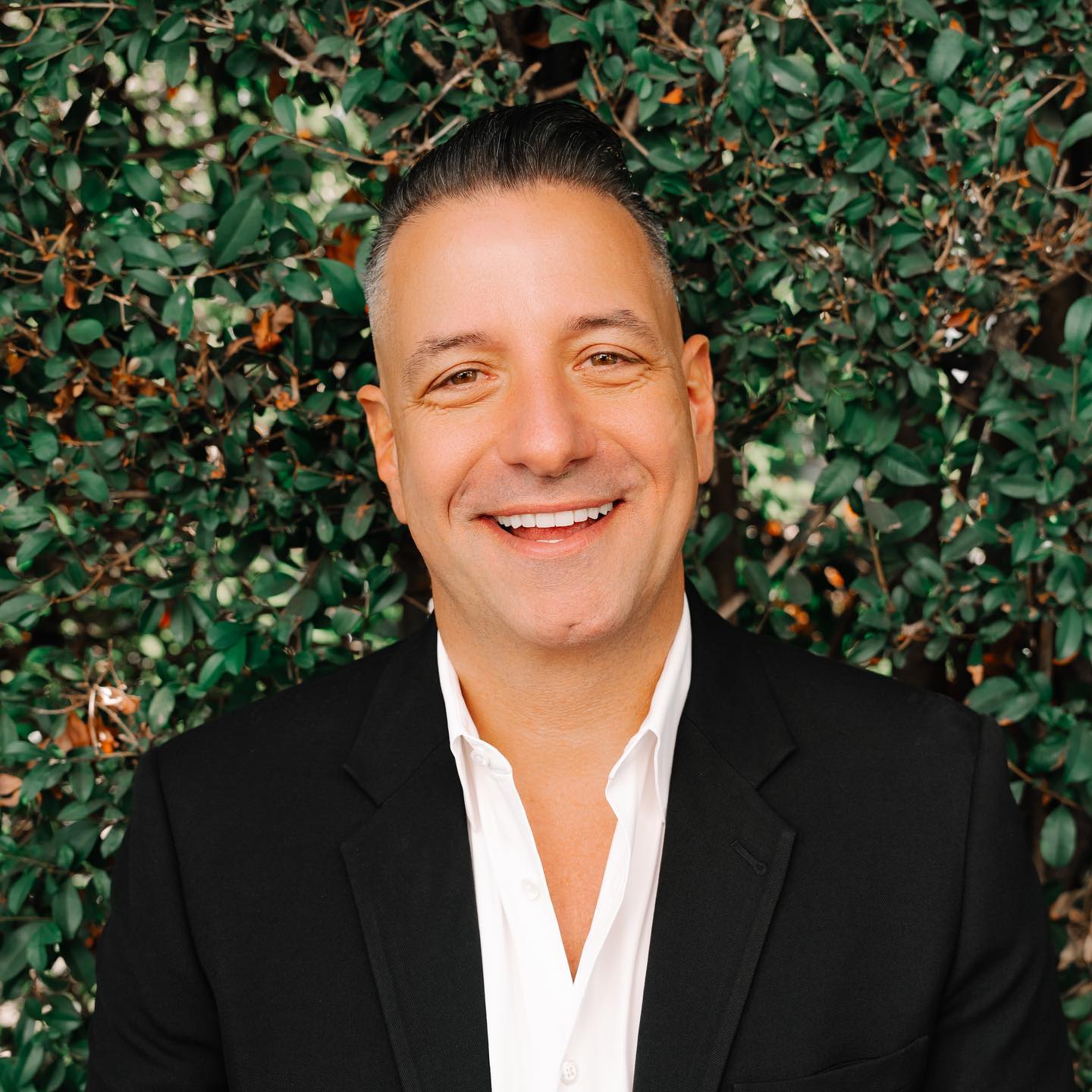 Although the young generation of TikTokers know Marc mostly and Charli and Dixie’s dad, for his peers he is a big deal himself. He maintains Tik Tok account too and boasts 10.4 million followers. Besides, Marc is an Instagram celebrity with 1.6 million followers. It’s a real esthetic pleasure to watch his stylish Instagram photos, in which he poses in super elegant suits with his three beautiful ladies.

Marc spent the major part of his life in Norwalk, CT. He graduated from Norwalk High School in 1986. After that D’Amelio continued his education at the University of Connecticut. There he got a bachelor’s degree in Political Science and Government. 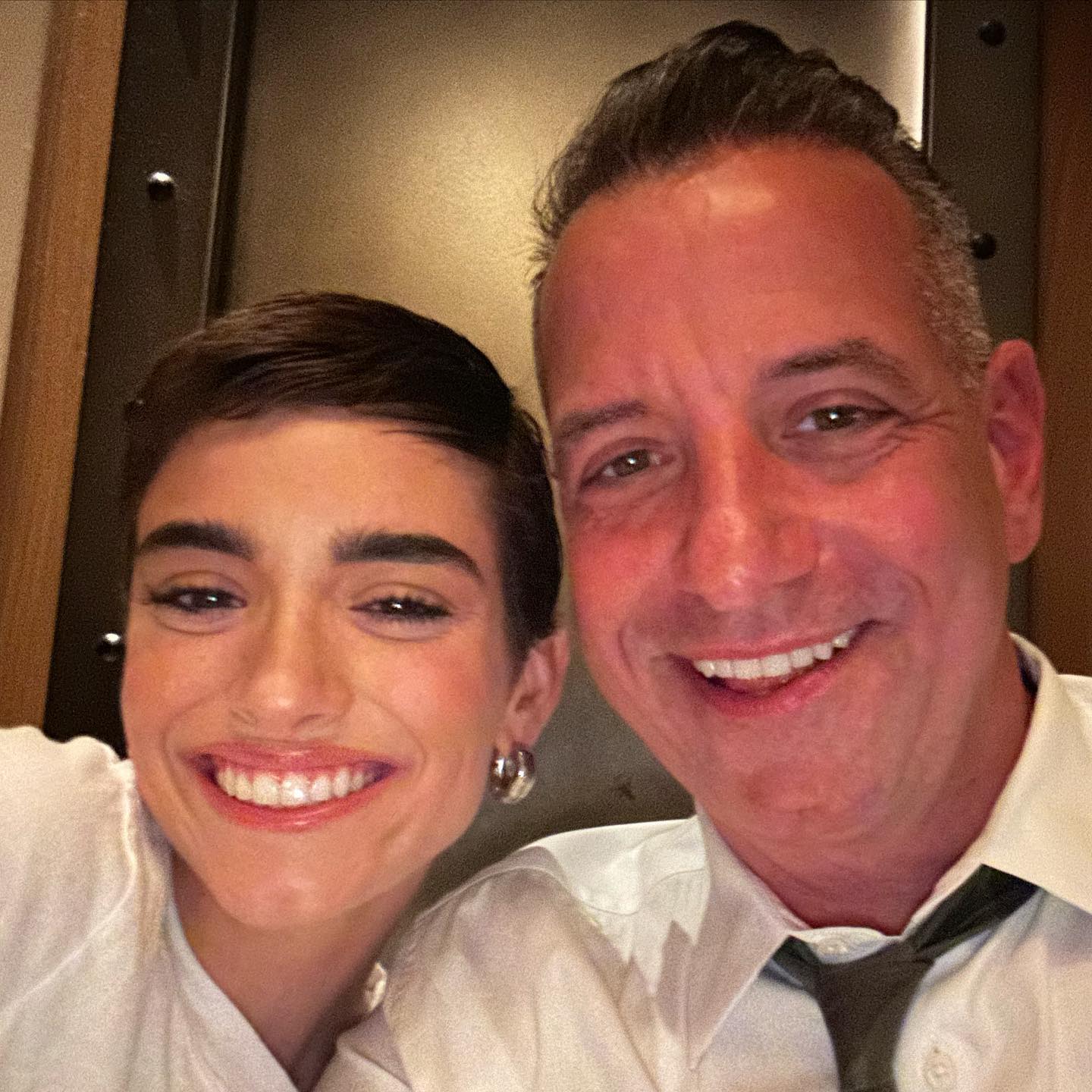 He is known as an apparel industry entrepreneur. In 2018 he ran for Connecticut State Senate but lost the election to Bob Duff. Marc lost some electoral votes after the article had been published in the local newspaper, which told about his DUI incident. Then the man’s car was stopped by a policeman. He failed the sobriety test. In the car he had a then 9-year-old daughter Charli, sitting in the front seat. Marc didn’t even know the names of the 3 passengers in the back seats. He wanted to distribute his casino winnings to teach his daughter to help poorer people. Later Marc admitted his mistake and repented of his deed.

Marc D’Amelio is a father of 2 daughters. Since May 13, 2000, he has been married to the love of his life Heidi D’Amelio. Since 2022 Marc owns D’Amelio brands LCC. He sells perfume, clothes, and accessories through Amazon. He has gigs with such giants as Hollister Co. and Prada. 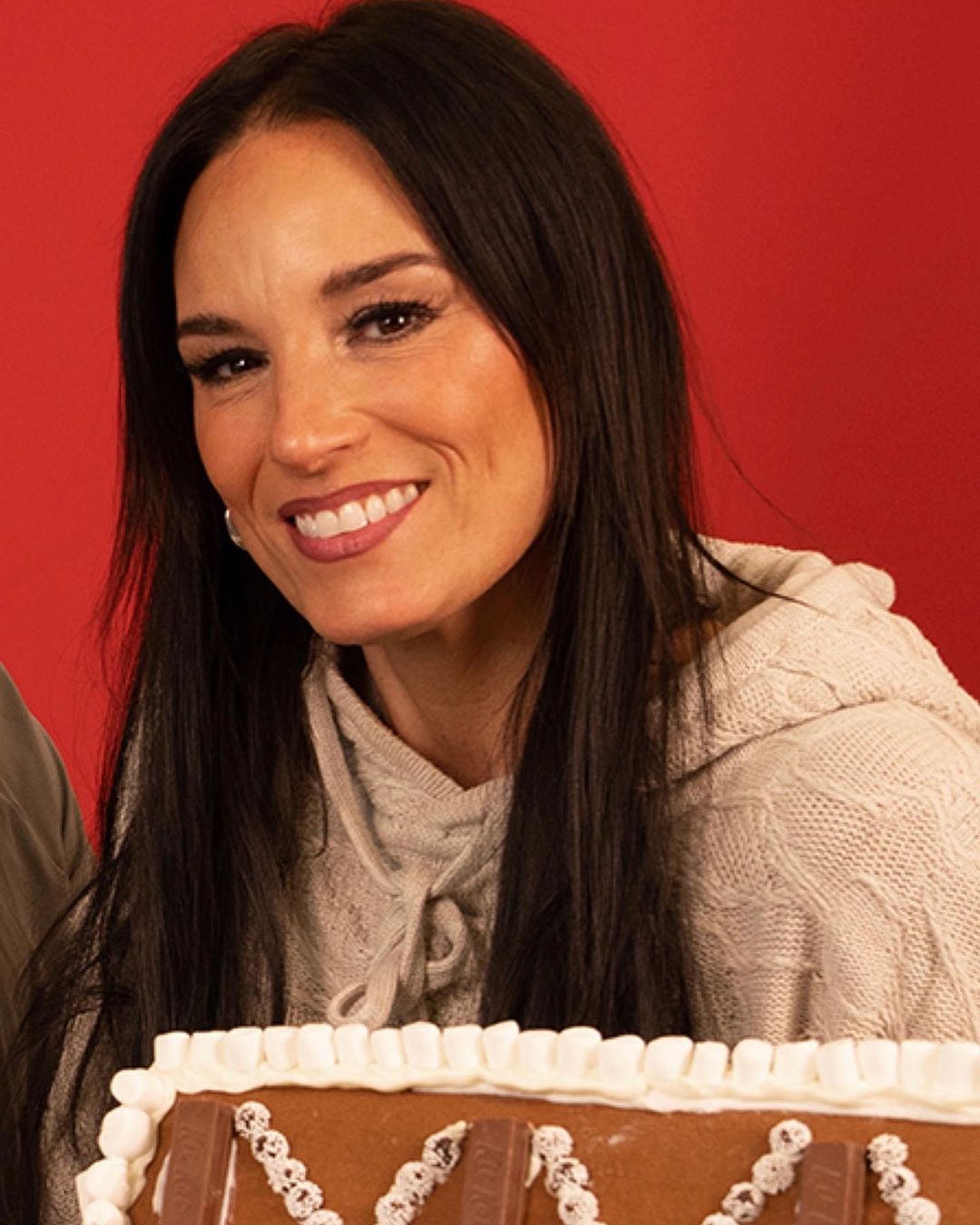 Dixie is closely knitted with all members of her family. But she is especially close to her incredible mother. She inherited her lucky dancing genes from Heidi.

Heidi O’Brien D’Amelio was born and raised in Lafayette, Louisiana in the family of LeRoy Francis O’Brien and Jeanette Genevieve Mouton O’Brien (both passed away in 2014 and 2022 respectively). Heidi has 3 older sisters: Cindy LaBry, Patti Roy, and Gingi Lockhart. Her father was a talented boxer, contractor, and sales manager.

Dixie’s mother studied at Teurlings Catholic High School. In 1997 she met the love of her life – Marc D’Amelio – in a gym. In 2000 she tied the knot with Marc. Till now they remain strong and love each other. Besides, they are the parents of social media stars Dixie and Charli.

It’s not an easy thing to raise girls so keen on social media. Heidi and her husband hosted the podcast “Marc & Heidi”, where they shared their advice to other parents with teen kids active on social media. 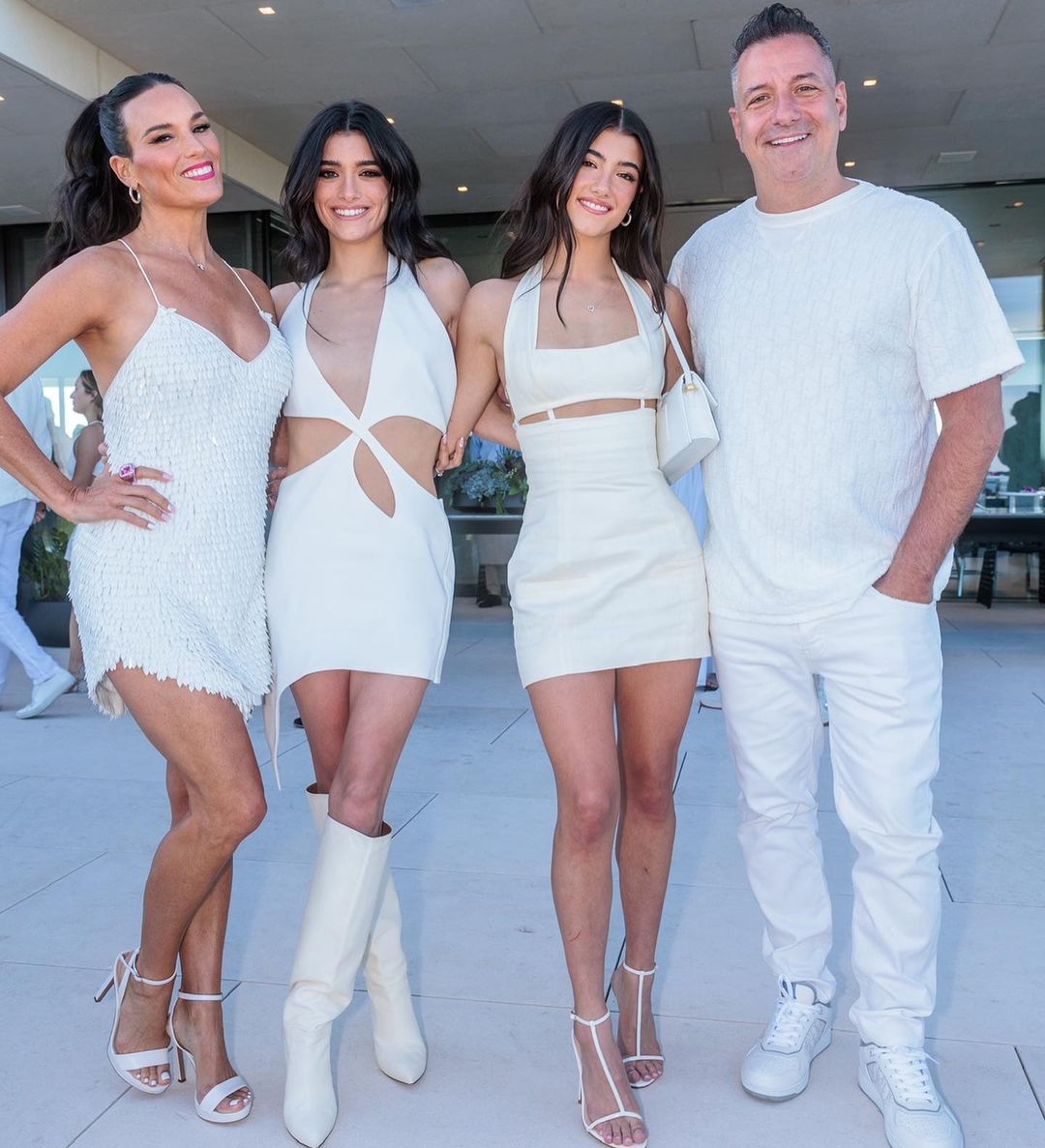 Heidi has always been busy with her projects. Currently, she is a social media star with 2.3 million followers on Instagram. Previously, she worked as a fashion model, photographer, and fitness coach in Norwalk, CT.

In 2020 Heidi, her husband, and her daughters moved to Los Angeles, CA. There she discovered new career opportunities. She announced her participation in the 31st season of the Dancing With The Stars show. Heidi’s professional partner on the show is Artem Chigvintsev. Her younger daughter Charli will be among the contestants, too. 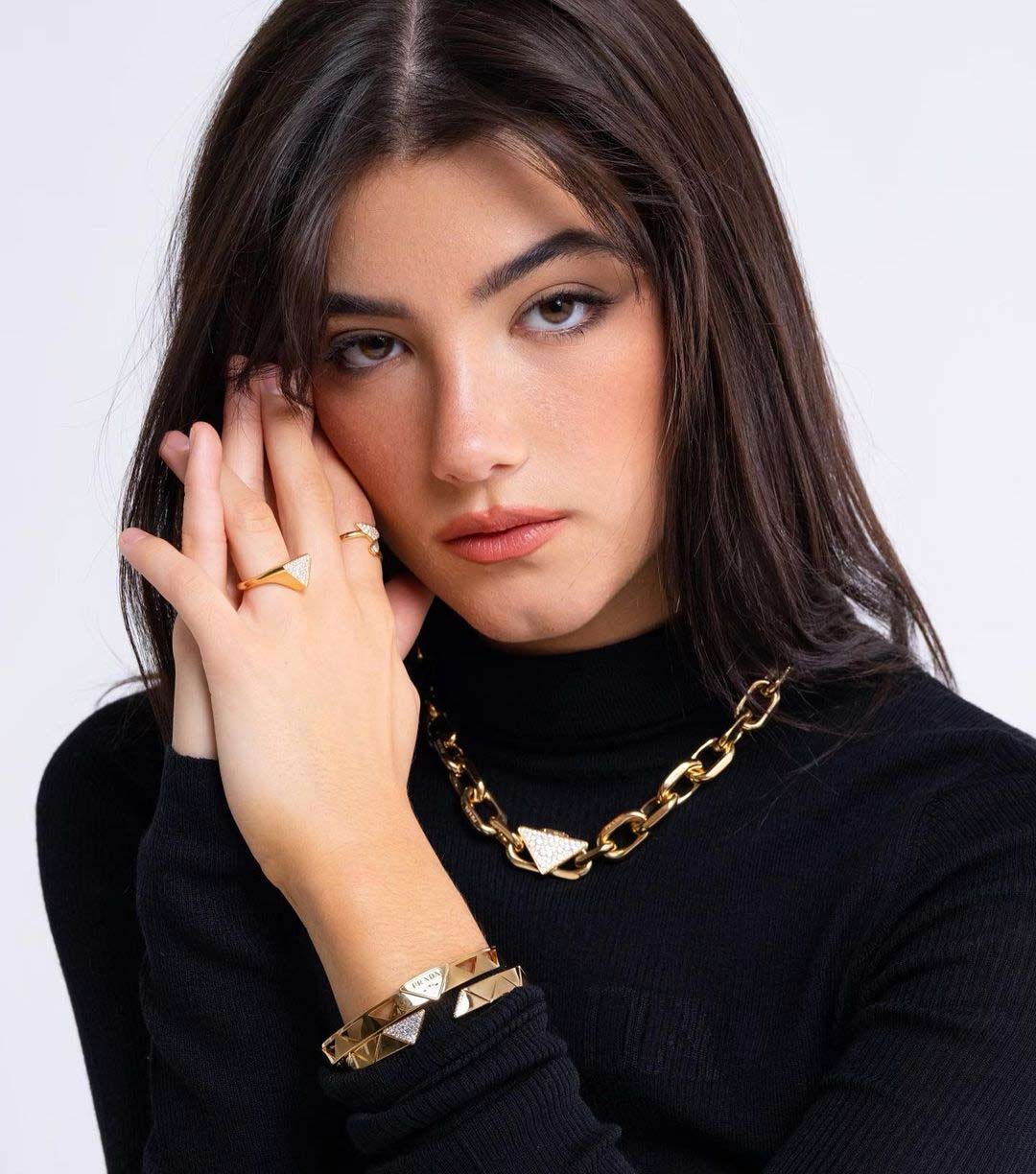 You’ve already heard about Charli Grace D’Amelio. She is Dixie’s beautiful younger sister and inspiration. Charlie was the first one in the D’Amelio family, who became a social media star. She started with several hundred subscribers on Instagram, but suddenly got 40, 000 of them. “That’s the half of the football stadium”, her father said then.

Charli studied at Norwalk local school. She attended dancing classes since she was 8. The girl was a competitive dancer and a local celebrity. In June 2019 she launched Tik Tok account, where she posted her joyful dancing videos. Charli immediately became a sensation on the platform. In 2020 she was ranked as the most famous TikToker with a fan base of 100 million followers. 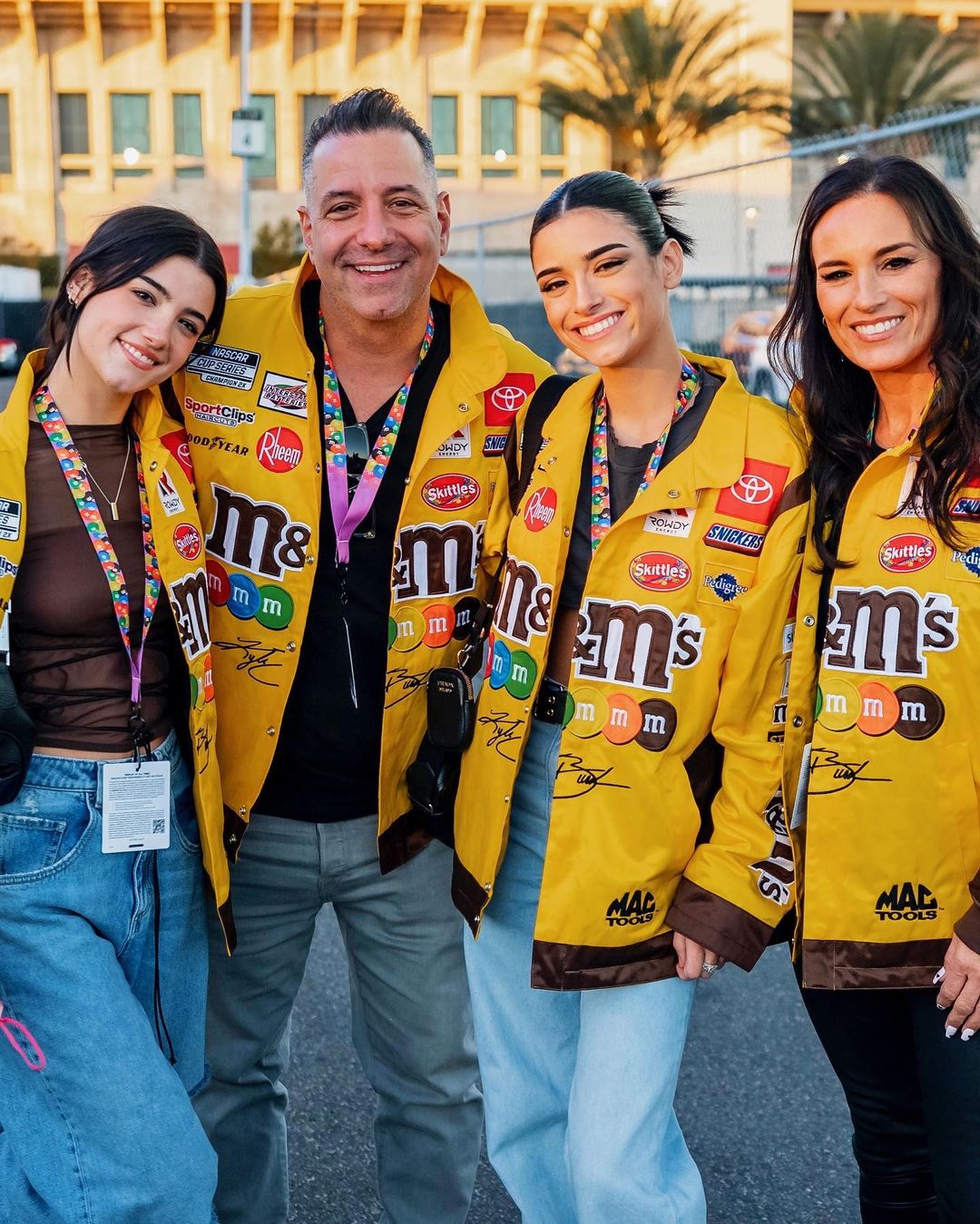 Very often Charli and her sister Dixie, who garnered a large fan base on Tik Tok, too, came to Los Angeles to create dancing videos. In 2020 she completely moved with her parents to Los Angeles. In March 2022 Charli and her sister Dixie moved from their parent’s home to their apartment. The girls started living an adult life. Besides, alongside her mom, Charli is competing on DWTS.

Charli likes the fact, that she has become famous as TikToker and Instagram personality. But fame has a dark side, too. At a very young age, she had to deal with online hate. That caused her several breakdowns. Nevertheless, Charli remains open to her followers. She speaks about the things, so close to her, like panic attacks, eating disorders, and acne. And her audience pays her back with a massive following, millions of likes, and grateful comments.

Dixie Jane D’Amelio is internationally popular as a Tik Tok star, Instagram model, and YouTube personality. Her Tik Tok account is super popular. The girl has 57.5 million followers on Tik Tok (as of 2023), which makes her the third most popular personality on this platform.

More than 23 million followers watch her life on Instagram. In addition to her social media activity, Dixie is a great athlete in real life. She was great at lacrosse during her years at Norwalk High School. Besides, Dixie was a skillful field hockey player. She took part in inter-school sports events.

Dixie was born in the family of an ex-model Heidi and businessman Marc D’Amelio. Dixie shares a close bond with her younger sister Charli, who inspired the girl to launch Tik Tok and Instagram accounts. At first, Dixie watched Charli making fun of and recording short strange dancing movements for Tik Tok. In 2019 she launched her account, and that started a new chapter in her life. She immediately became a recognizable face there and on other platforms.

Dixie D’Amelio is not just a social media star. She is also a model. Her first paid modeling gig took place in 2018. She modeled for several reputable fashion brands, including Ralph Lauren.

Besides, she is an actress. The girl acted in the Brat TV series “Attaway General”. The show premiered in 2020 and told about 4 teenagers, who volunteered at Attaway General Hospital. In 2021 she launched the reality series “The D’Amelio Show”, where her co-stars were her parents and sister.

Ms. D’Amelio gained additional kudos as a singer, too. She released singles with some popular performers, like Wiz Khalifa (“One Whole Day”) and Rubi Rose (“Psycho”). In the summer of 2022, she presented her debut album “A Letter to Me”.