Is Paul Walker a gay/bisexual?

What is Paul Walker marital status? 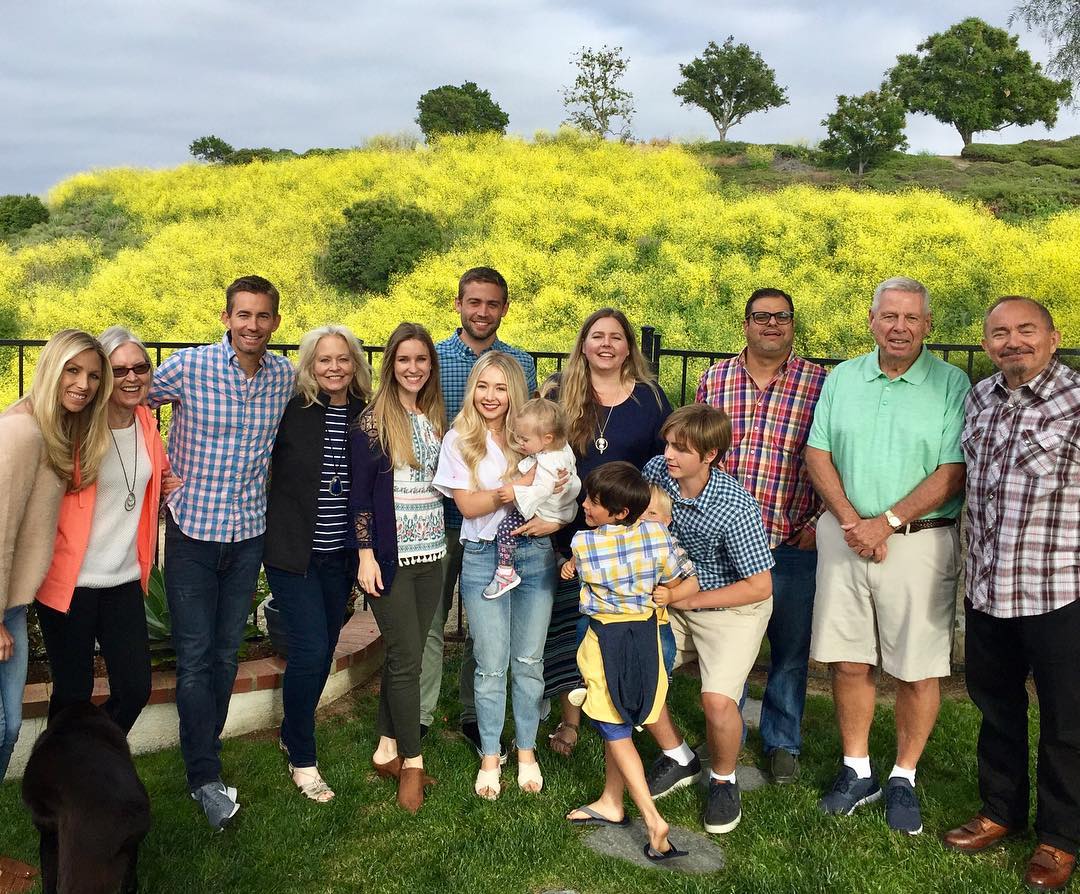 The short-term Paul Walker’s girlfriend is named Rebecca McBrain in some sources. Nevertheless, the woman is widely known as Rebecca Soteros, too.

Paul baby’s mother was born and raised in Los Angeles, CA. She is the daughter of Julie Ann Soteros (who passed away in 2004) and Mark Joseph Soteros. She has a younger brother Joshua Michael Soteros. Rebecca had to pass through a hard family drama in 2020 when her younger brother strangled their father Mark to death after a dispute. Joshua was imprisoned.

Rebecca worked as a school teacher when she met Paul. They started dating in 1998 and a year later parted ways. But they remained closely knitted as both cared about their common daughter.

Paul’s ex-girlfriend was arrested twice for driving under influence. She had serious problems with alcohol. That’s why Walker moved his daughter Meadow from her mother’s home in Hawaii to California to live with him.

It was hard for Walker to care about his daughter as he was overloaded with his acting projects. That’s why he asked his mother Cheryl to take guardianship over his daughter just a couple of hours before his death.

Cheryl started a custody battle with Rebecca but agreed to refuse her court process if her son’s ex-girlfriend was sent for rehab. 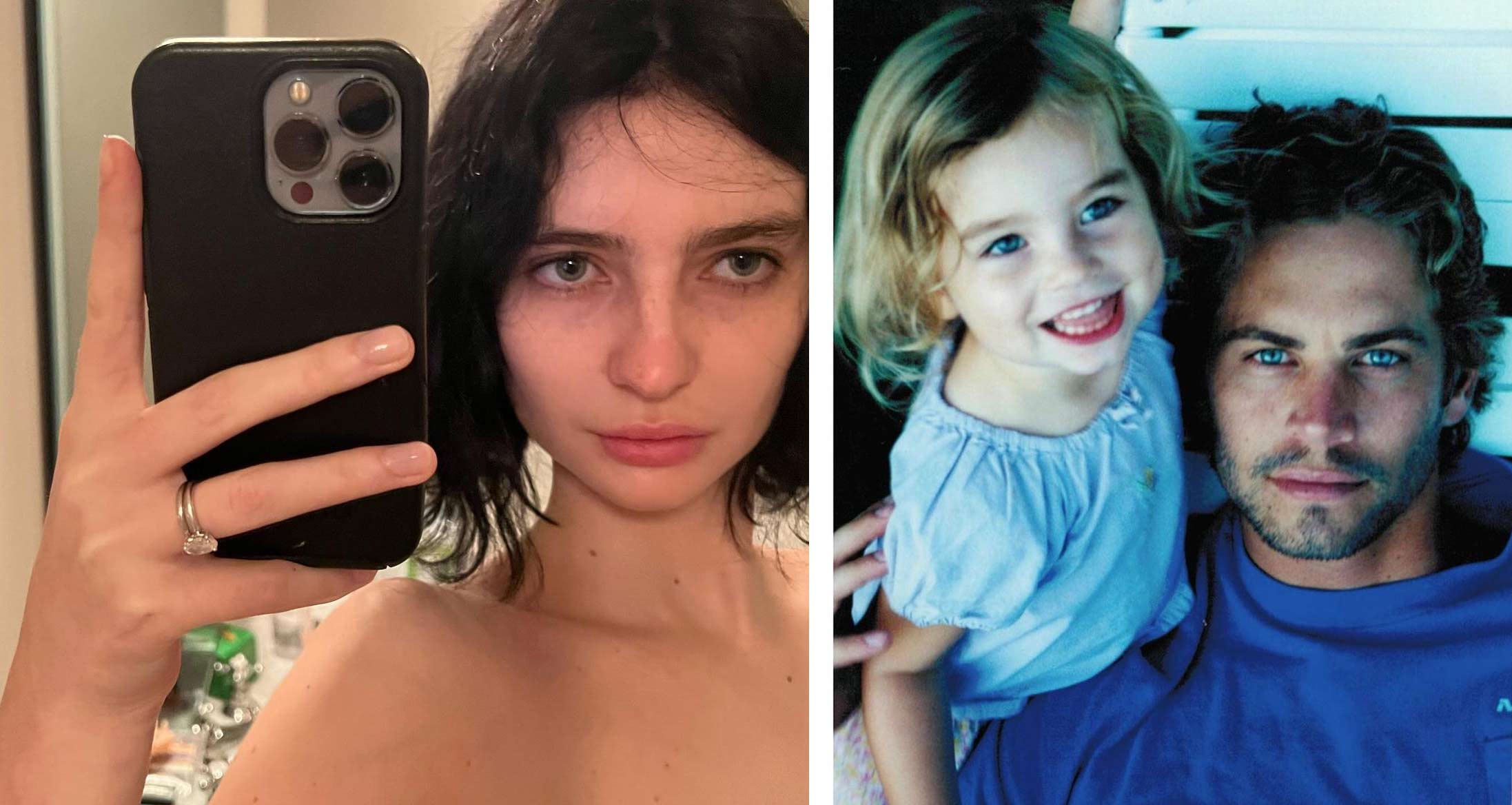 Paul Walker’s only kid is Meadow Rain Walker. She is as beautiful as her late father; the only difference is jet-black hair, shaped into a bob haircut. Meadow’s parents have never been married officially. In the late 1990s, Paul had a short-term affair with Rebecca Soteros. She got pregnant and gave birth to Paul’s only kid in 1998. Then Walker was just an aspiring actor, who got mostly supporting roles.

Meadow lived with her mom in Hawaii till she got 13. Then she moved to her father’s home as Rebecca had an alcohol addiction. After Paul’s death, her mother and paternal grandmother started a custody battle for her. The case was settled amicably. Meadow moved to her mom’s house with the right to see her paternal grandmother. Before that Rebecca was sent to rehab.

For many years Paul’s daughter lived in the shadow. But she rose to fame in 2017, when she was signed by DNA Models. The tall and slim girl with perfect genes, she starred in the fashion shows of Givenchy and Proenza Schouler. But Walker’s daughter doesn’t need working to make the ends meet. She is a rich young lady, the only beneficiary of her father’s net worth. At the moment of his death, Paul owned a $16 million fortune.

Who are Paul Walker parents?

Paul’s father is his namesake, too. Paul William Walker III was an occasional actor in the early 1990s. He appeared in an episode of the long-term series “The Young and the Restless”. But for the most part of his life, Paul III worked as a sewer contractor.

Paul III was born in 1946 in Los Angeles, CA. He tied the knot with Cheryl Crabtree on February 12, 1972, and welcomed 5 kids with her, including Paul IV. The Fast and the Furious actor’s parents divorced later. Nevertheless, Paul and his father remained closely knitted.  The dad helped his son and other actors at the 2001 Fast and the Furious set as a firearms consultant.

When Paul III heard from his brother about his son’s death, he didn’t believe it at first. Then, he visited the place of the car crash many times, where Walker’s fans gave hugs to him.

Paul III told his son that he loved him each time they met.

Cheryl Crabtree Walker Hann is the full name of Paul’s mother. Being incredibly beautiful, she was making a career as a fashion model. Later she quit it to become the wife of Paul III. They welcomed 5 blue-eyed kids.

Paul’s mother used to work as a nurse. She was going to quit her job to become a full-time guardian of her granddaughter Meadow Walker. The fact is, Meadow lived with Cheryl when Paul was away on his film projects.

Cheryl started a custody battle against Meadow’s mother Rebecca, but the dispute was solved amicably.

Paul’s mother has at least 2 siblings, a brother Tom Crabtree and a sister Dottie Crabtree-Johnson. Several years ago she tied the knot with a man, named Lawrence Hann. He was 65 as of 2022. 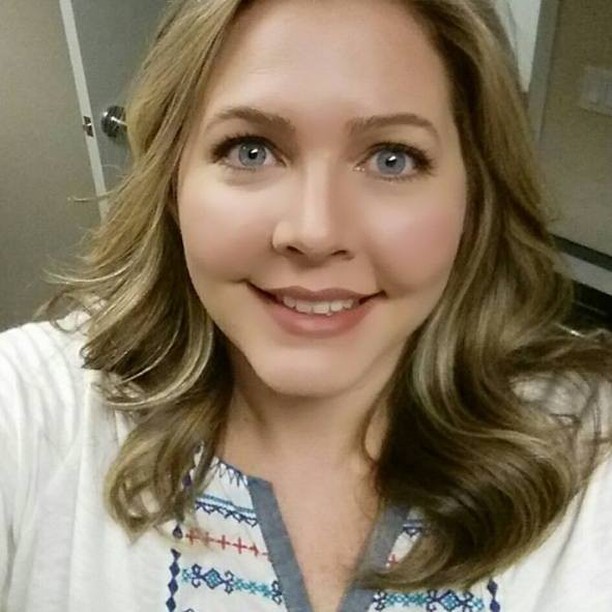 One of Paul’s sisters is Ashlie Walker Herod. She came into the limelight soon after her brother’s tragic death in 2013. Then Ashlie denied all the rumors that Paul and his friend Roger took part in drag racing.

Mrs. Herod resides in La Canada, CA with her husband and son Jeffrey Herod and 3 other kids. Ashlie works as a nurse. 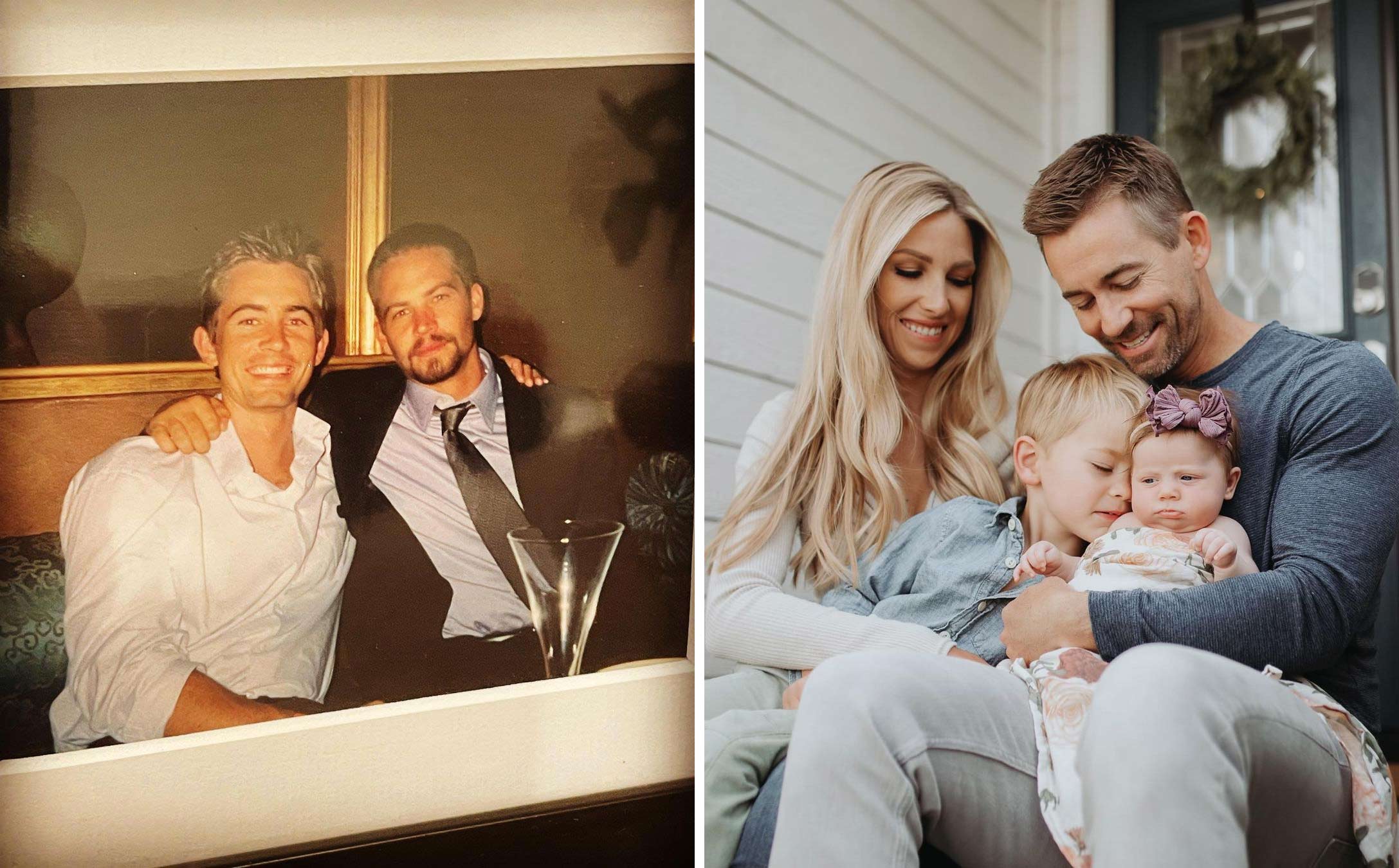 Caleb is Paul’s younger brother. They shared a close bond. Paul was the best man at his brother’s wedding to Stephanie Branch just about a month before the actor’s death. They tied the knot on October 19, 2013, at the Dove Canyon Country Club.

Paul’s brother maintains friendly relationships with another The Fast and the Furious star Vin Diesel. Caleb is an occasional actor. He appeared in Furious 7 as Brian O’Conner, but indirectly. Paul was in the middle of acting as Brian in the 7th part of the franchise when he tragically passed away. His brother Caleb alongside brother Cody helped to finish this franchise. They acted as Brian, but the viewers can see on the screen only their bodies, while the face belonged to the late Paul. That was possible due to the deepfake method.

Caleb resides with his wife Stephanie in Laguna Niguel, CA. They have 2 kids. Their son Maverick Paul Walker was born on August 15, 2017. Their daughter Everly Grace Walker entered this world on January 5, 2022. 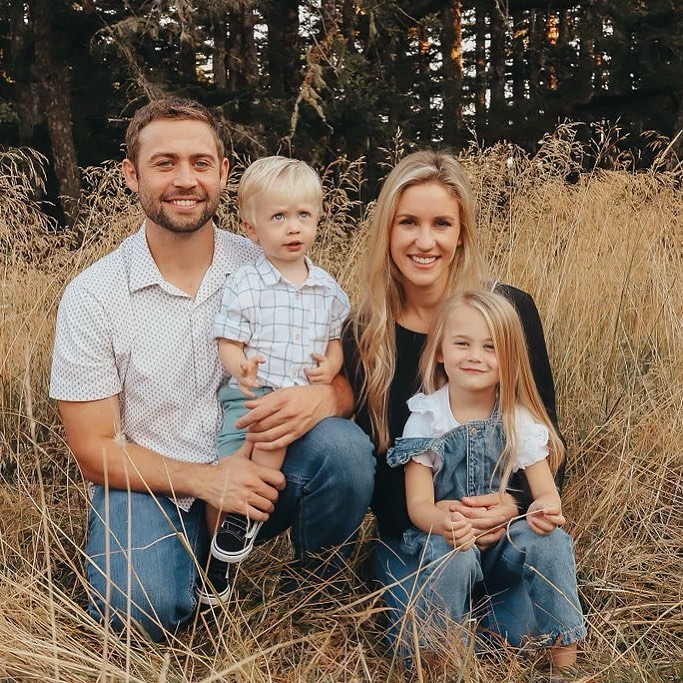 Cody Walker is Paul’s youngest brother. Like Caleb, he took part in Furious 7 to help recreate the computer version of his late brother.

In social media, Cody positions himself as a car lover. He is also the husband of Felicia Knox Walker, his peer. They have a daughter Remi, born in 2017, and a son Colt, born in 2020.

Amie is the most mysterious member of the Walker family. She stays in the shadow. It’s just known, that she shared lots of sweet memories about her late brother Paul after his death.

Paul Walker passed away about 10 years ago, but many people from different parts of our planet still remember him as Brian O’Conner from the super popular franchise The Fast and the Furious franchise.

Fair-haired and blue-eyed actor, Paul Walker skillfully portrayed the charismatic Brain. He depicted the character, which had 2 faces. The first one was the face of the speed lover, who knew everything about turbo engines. The second one belonged to the conscientious policeman. He had a task to ingratiate himself with Dominic Toretto (Vin Diesel), the champion of illegal street racing. Dominic was suspected of a string of street robberies, done on four wheels.

Paul was born in the family of a fashion model (mother) and a sewer contractor (father). Walker had an upbringing as a Mormon. Being beautiful like an angel, Paul immediately became popular as a child model. He had participated in TV commercials since he was 2. He joined the career of a child model by getting academic education at Village Christian School.

Soon Paul’s commercials turned into tiny supportive roles. One of his first screen works was in the series “Highway to Heaven”, which became a real hit in the 1980s. The angel-like teen boy Paul appeared as Todd Bryant in the 6th episode of the 1st season.

He gained initial popularity as Skip from the fantasy comedy “Pleasantville”. In the film, Paul portrayed a bright handsome man who was deprived of his virginity by Reese Witherspoon‘s screen character. Later he acted in the teen comedy “She’s All That” before diving into the Fast and the Furious universe.

For many years Paul was an inseparable part of the films about street racers. The high speed made him rich and popular. Unfortunately, the high speed became the reason for his early death. Paul Walker died in a car accident in 2013. He was going in a car, driven by his friend Roger Rodas, when the latter one lost control of his Porsche Carrera.