Is Lisa Rinna a lesbian/bisexual?

What is Lisa Rinna marital status?

Who is Lisa Rinna husband? 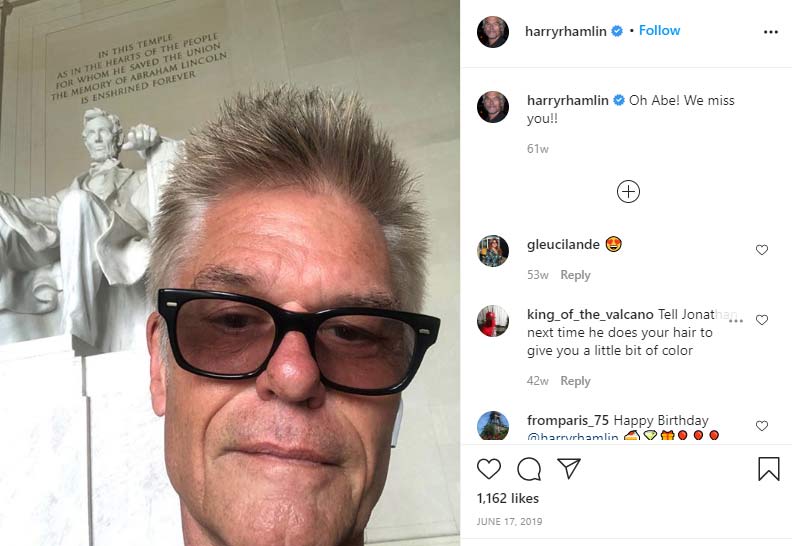 The happy long-term marriage is not typical in Hollywood, that’s why Lisa Rinna and Harry Hamlin’s union serves as an example for many of their colleagues and friends. They met in 1992 when Lisa was an aspiring young actress, who had to work in the eyeglass store to make the ends meet. Harry was a reputable actor at that time. Besides, he was married and divorced twice and had a son. Nevertheless, they loved each other and tied a knot on March 29, 1997. They gave birth to two daughters.

Harry Robinson Hamlin was born in Pasadena, California in the family of an aeronautical engineer (father) and socialite (mother). His parents had passed away before he met Lisa.

Mr. Hamlin gained wide popularity as an actor, reality TV star, and entrepreneur. His most successful roles are Dr. Warren Rush in “Rush”, Walter in “Glee”, Gabe in “Rebirth” etc. Besides, he starred with his wife and their daughters on family reality series “Harry Loves Lisa”.

Before he fell in love with the fashionista Lisa Rinna, he dated Ursula Andress, the ex-Bond girl, with whom he had a son Dimitri Alexander Hamlin. He was also married to Falcon Crest star Laura Johnson in the late 1980s. His second wife was Nicollette Sheridan, famous as the troubled blonde Edie Britt from “Desperate Housewives”.

Lisa and Harry have lots in common. Very often they acted opposite one another at the set. Rinna and Hamlin portrayed the married couple in the series “Veronica Mars”, played together in the Broadway show, and even co-ran the fashion boutique “Belle Gray” in Sherman Oaks. 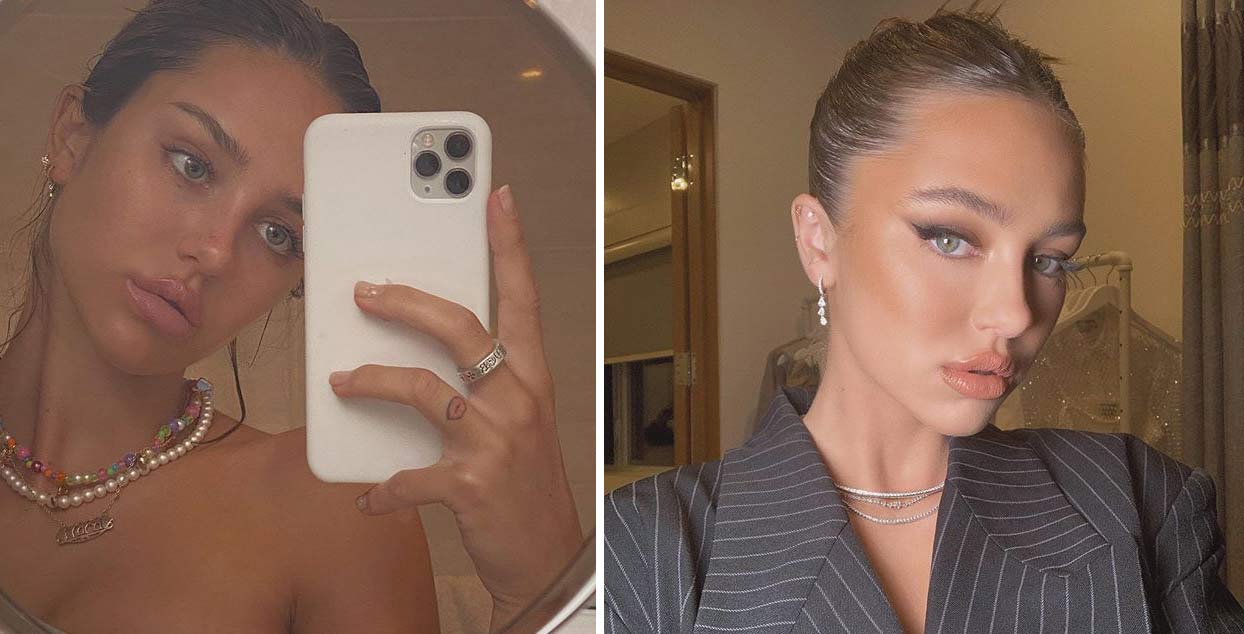 Delilah is the older daughter of Lisa and Harry. She grew up in front of the cameras, her beautiful face could be seen in her parents’ show “Harry Loves Lisa” and then she made frequent appearances on “The Real Housewives of Beverly Hills”.

In her old interview, Lisa gushed, that she taught Delilah and her younger sister everything she knew about fashion. She left for her girls lots of great pieces of clothes, designed by the most famous fashion houses of the epoch – Versace, Tom Ford, Gucci, etc.

Now Delilah is a young beautiful woman. She has already left her parents’ house and lives in her own apartment. The girl earns her living as a model, and very often she is compared to Gigi Hadid. 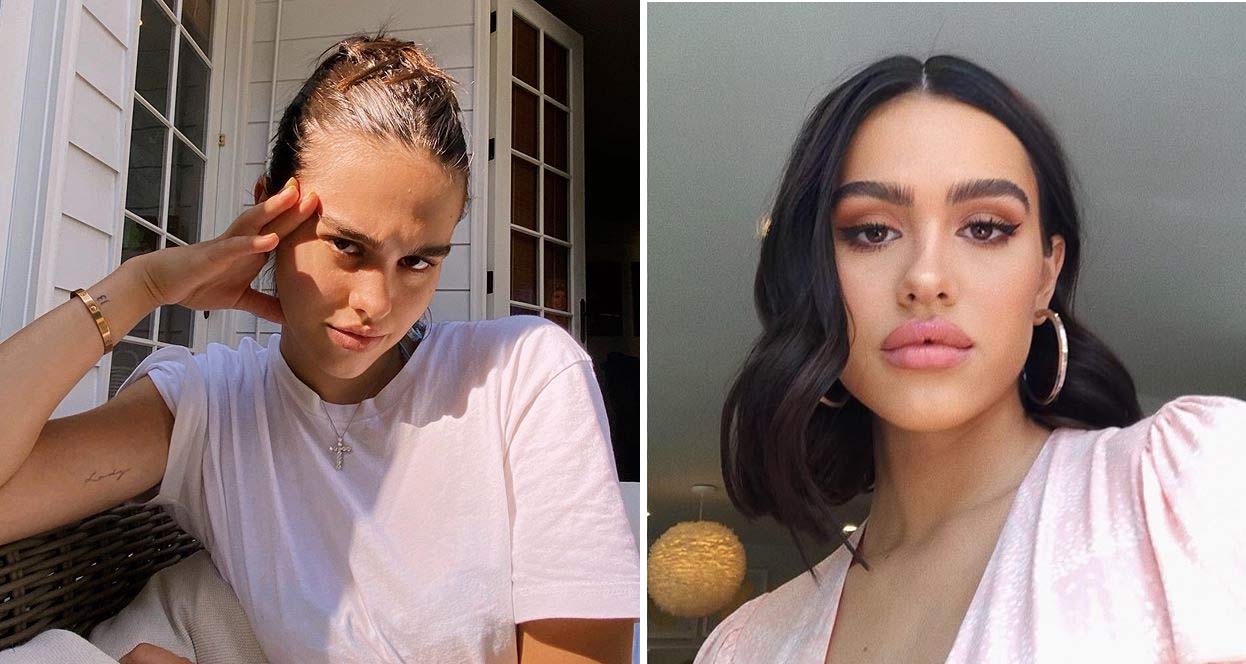 Lisa and Harry were blessed with another beautiful girl. Amelia is their second gift from God. The girl (like her older sister) got a perfect upbringing. She practiced lots of after-school activities, which include ballet, gymnastics, and karate. Besides, she was a Barbie fan in her early years and liked singing karaoke songs.

She became popular due to her participation in her parents’ projects. Now Amelia is a young woman, who tries her hand is acting and modeling. Besides, she is a kind-hearted person, who was taught by her mother who helps other people. In the company of her mom and sister, she feeds homeless people on Thanksgiving Day.

Who are Lisa Rinna parents? 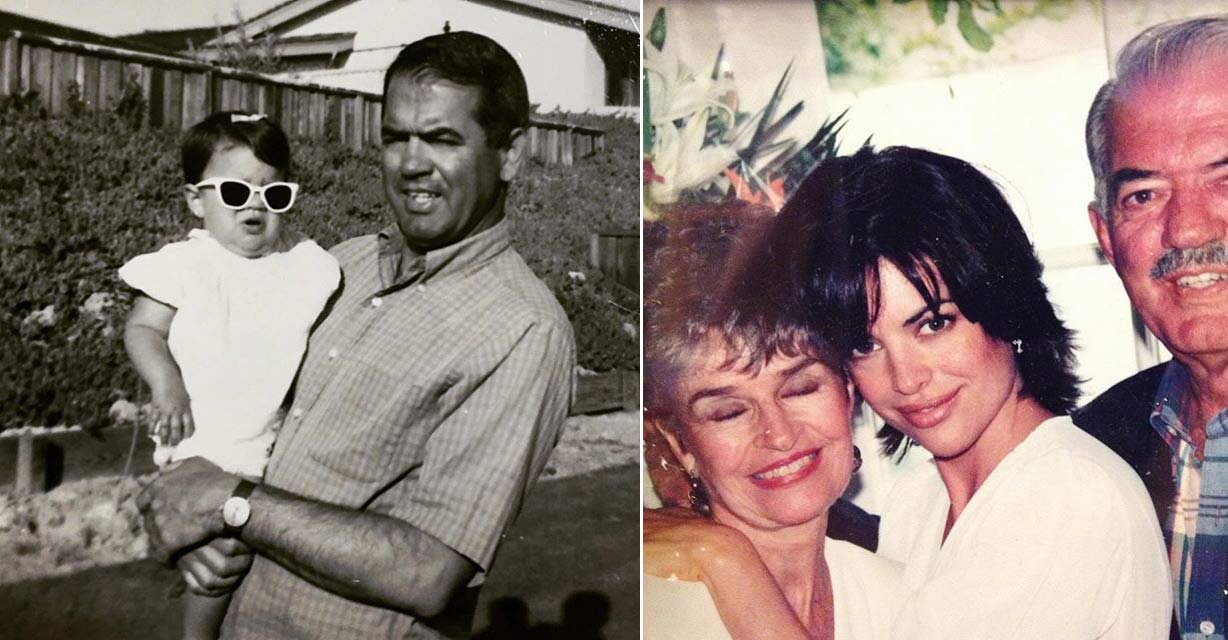 Lisa’s father was a special person in her life. She brought through her whole life her love to the parents’ home.

Frank used to live in Medford with his wife of many years Lois. He was a father of two daughters, Lisa and Nancy.

His home town was Sopris in Colorado. He grew up there and then left to join the United States Air Force. He retired from the army in 1946 and then entered the Californian College of Arts. He earned his living as an artist. Having settled in Medford, he began working as an art director at “Harry & David”, the gift firm. After many years there he left the company and returned to painting. Lisa Rinna shared some of her father’s artworks through Twitter.

He passed away in winter, 2016. Frank spent the last years of his life in an assisted living facility. 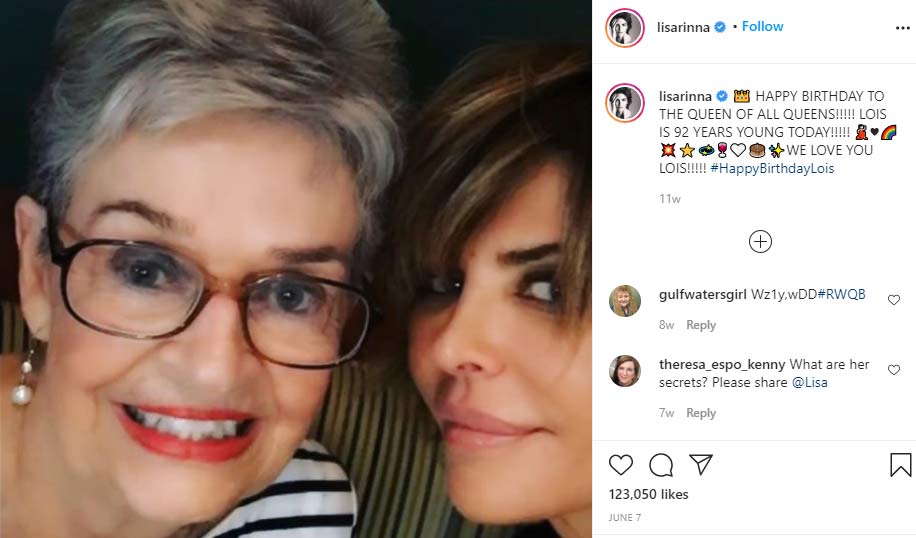 Lisa Rinna’s mother looks incredibly beautiful in her 90+ age. This woman tells, that she did a facelift just once – at the age of 60, but now she looks so active and fresh.

The actress tells that it was her mother, who taught her to feel and understand beauty. Lois didn’t work, she stayed at home and spent the major part of her time, caring about her family members.

Now her face is known to the wide circle of people because she acted on “The Real Housewives of Beverly Hills” set opposite her daughter.

At the age of 85, Lois had a heart stroke. She spent several weeks in the hospital but managed to recover. After that Lisa put her mom and dad (he was still alive at that time) to the assisted living facility. But Lisa visits her mom very often and cares about her.

She has an older sister from the paternal side. Unfortunately, nothing is known about her, except for the fact that she is married to Dori Deland.

She had one more older half-sister from her father’s side, who died from a drug overdose.

Lisa Deanna Rinna is best known as an actress, TV host, and reality TV star. She gained wide popularity in the early 1990s when she was cast to the popular series “The Hogan Family”. In 1992 she cemented her position of the rising television star with the role of Billie Reed on “Days of Our Lives”. Her other film credits include the criminal drama “Baywatch”, the melodrama “Melrose Place”, the comedy “Good Advice” etc.

She was born in the small, but the cozy town of Medford, situated in Southern Oregon. Nobody from her family was connected with the movie industry, so everything she has now, is the result of her hard work, not of some nepotism. In 1981 Lisa graduated from Medford Senior High School. After that, she entered the University of Oregon to study drama there. At the age of 22, she started the career of an actress.

In addition to acting, Lisa gained some kudos as a TV host. In the middle 2000s, she hosted two television shows, which went well with the public. The first show, “Merge”, dealt with home décor and was on air during 3 seasons on Lifetime. The other one, “Soap Talk”, aired on SoapNet during 4 seasons.

To the modern viewers, Lisa Rinna is known better as the participant of “The Real Housewives of Beverly Hills” from the 4th season of the show. Besides, she is a fashionista and the owner of a fashion boutique and the author of “The Big, Fun, Sexy Sex Book”.