Is Ed Westwick a gay/bisexual?

What is Ed Westwick marital status?

Who are Ed Westwick parents? 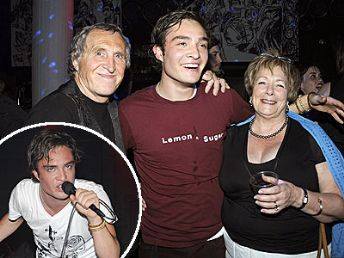 Ed Westwick’s father was not a celebrity, nevertheless, everyone, who met him, noticed that charm, which he radiated. He was a real Englishman, well-educated and witty. The man was a gifted economist and a great teacher. “I teach economics at the university to atone for my sins”, he liked to joke.

Westwick was close with his dad and he misses him till now. 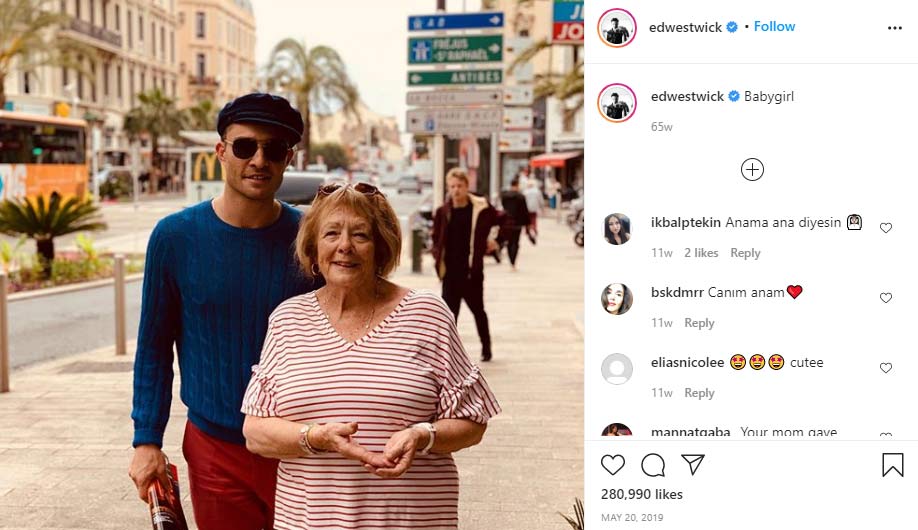 Ed confessed in one of his interviews, that his mother was the only woman he had ever loved. Besides, she is the only member of his family, whose photos you can see on his Instagram page.

Her birth name is Carole Vivien Blenkiron. She was born in 1944 in the family of Thomas Blenkiron and Alice Cadby. Ed’s mother got a great education and earned her living as a psychologist. In 2005 her husband and she founded the company, which provided educational services.

Carole put lots of effort to make her son Ed a well-mannered and well-educated person. She noticed his gift to acting and sent him to the Saturday morning drama school. Guided by his attentive mother, Ed became an academically successful student at school. He had A-levels in many subjects. After school, he entered the college, where he studied law and communication, till finally decided to become an actor and joined the National Youth Theatre. 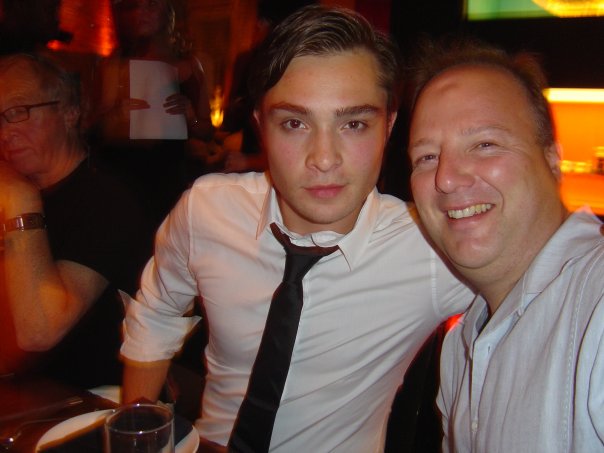 Ed and his older brother Guy don’t share the same surname – and that made his fans think, that they are blood-related through their mother only, but that info was not confirmed.

Guy is the oldest kid in the Westwick family. He was raised in Stevenage and graduated from The Barclay School. He continued his education at Birkbeck College. His area of activity is connected with marketing. His wife’s name is Elizabeth Barlow. They have at least one son.

William T. Westwick is Ed’s older brother. He keeps out of the limelight, so nothing is known about him.

In his interviews, Ed told, that his brother was an active child, who could sometimes get into trouble, and very often he followed his example, too. Will was 6 and his brother Ed was a little younger, when they formed a band “Fangs of Fury”, which existed about 5 minutes or so. But till now Ed enjoys making music from time to time.

Edward Jack Peter Westwick made his first breath on June 27, 1987. He has become a third boy in the family of Peter and Carole Westwick. The family lived in Stevenage, a small but beautiful town in Hertfordshire County in England. The boy studied at Barclay Secondary School and dreamed to be a landscape gardener. He changed his mind during his years at North Hertfordshire College when he suddenly was bitten by an acting bug.

He debuted on the screen and got initial popularity during his years at college. He played his first roles in the episodes of popular series “Casualty” and “Doctors”. His talent for acting and noble charisma was noticed not just by his fans, but also by movie critics and producers, and that opened a lot of doors in front of him. In 2006 his two films were released at once. He had small roles in Alfonso Cuarón’s fantasy drama “Children of Men” and Anthony Minghella melodrama “Breaking and Entering”.

In 2007 Ed met his big break. On September 19 that very year youth-led telenovela “Gossip Girl” premiered on The CW. Westwick, who played the dark millionaire Chuck Bass, immediately became the hero of the teen girls’ night dreams. He got numerous awards for that role – Teen Choice Award, Young Hollywood Award, etc. From that moment and till now Ed continues his successful career as a movie actor. He appears in new screen projects every year. In 2020 the fans could admire his play in the military drama “Enemy Lines”.