Is Kendrick Lamar a gay/bisexual?

What is Kendrick Lamar marital status?

Who is Kendrick Lamar wife? 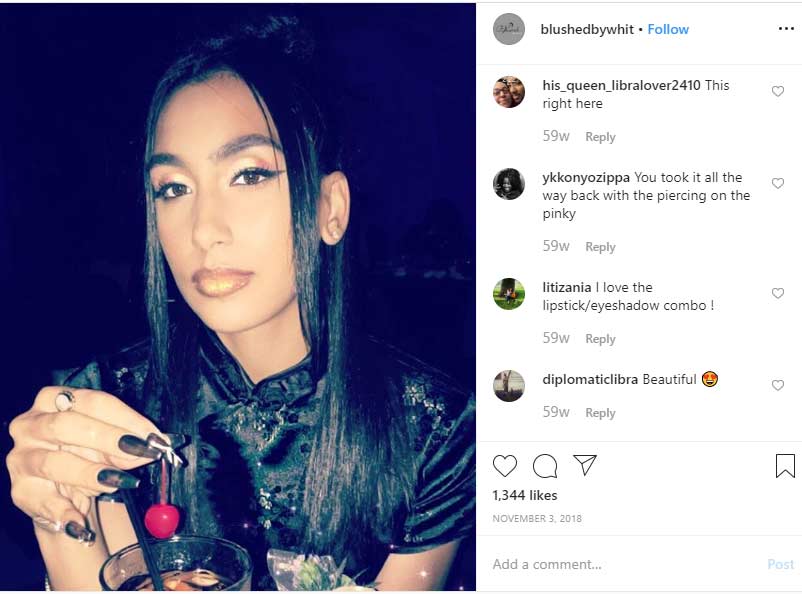 Kendrick calls his school sweetheart Whitney Alford “the lady friend” in his interview. By the way, the star keeps extremely private about their relationships, just telling that she was near him “from Day 1” and adding that she is the only person in the world, who keeps him “grounded”.

She is not a public person and went out of the shadow just once when she appeared by Kendrick’s side at Grammy Awards ceremony in 2014. In 2015 Kendrick proposed to Whitney and she agreed to marry him, but till now the couple hasn’t tied a knot officially. Whitney earns her living as a makeup artist. Recently, she has made a pause in her career and went on maternity leave. She gave birth to Kendrick’s first child – a sweet baby girl.

Kendrick and Whitney welcomed their first child in July 2019. The happy parents haven’t announced their pregnancy and didn’t tell anything about the changes in their family life. But US Weekly reported that Whitney gave birth to a healthy baby girl in summer this year. The name of Kendrick’s daughter is not publicized.

Who are Kendrick Lamar parents? 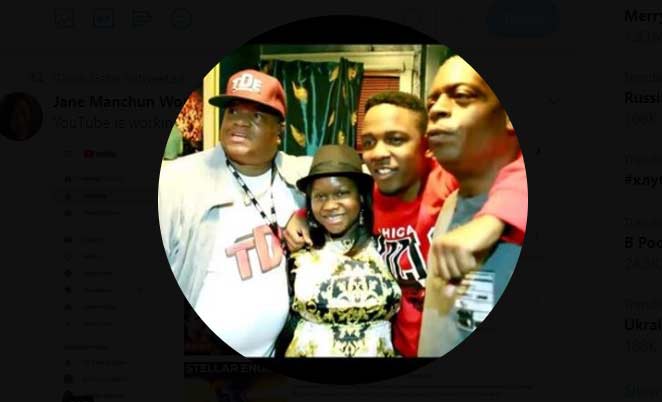 Kenny Duckworth is proud of his son, about which he announced through his account on Twitter. The man played an important part in the formation of the rapper’s personality, and he had to change a lot to become a good parent for the star.

He was raised in Robert Taylor Homes, located in the southern part of Chicago. This place was known for its gangs and poverty, which blossomed here. Kenny was on the gangsters, too, and his life could be over very fast if he hadn’t met Paula. The woman convinced Kenny to move from Chicago to Compton. Although they were extremely poor and had to live in a car at first, gradually they saved enough money to buy an apartment.

Kenny hasn’t always been clear on the law, but he did a lot to develop his son’s music taste. He listened to the rapper Big Daddy Kane when he was driving a just-born Kendrick home from the hospital. Since then music has been an inseparable part of the boy’s life.

Now Kenny doesn’t like to recollect in his mind many years of poverty and violence their family had to deal with. “But I did everything I had to do to raise my kids”, he said in his interview to “Rolling Stone”. 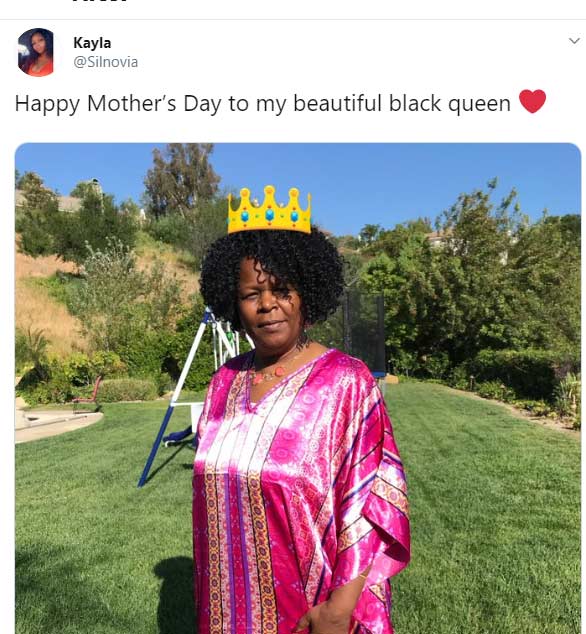 Kendrick is close to his mother, and he understands, that this great woman had to cope with lots of troubles while she was raising her 5 kids.

She used to see a lot of fights, where her son took part in, and once even had to take him to a hospital after somebody had shot at him.

She worked from morning till night, at first at McDonald’s and then as a hairdresser. Her salary was extremely small, but still, she tried to stay positive in front of her kids.

Paula is the person, who knows Kendrick better than the others. She understood, that he liked to stay alone, watching the life around him. In his teens, the future star started to write poems, and Paula was shocked when she saw the piles of paper with the words, written on them.

She remains one of the closest people in the world for Kendrick. 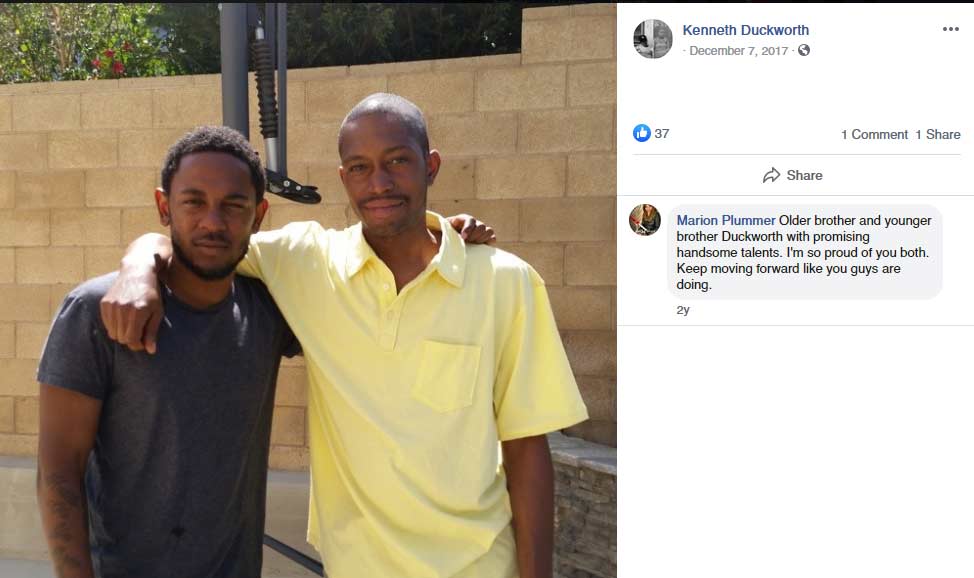 Kendrick has five siblings. The name of his older brother is Kenneth Duckworth Jr. Currently, he resides in Chicago with his wife Sharon Kekana and their daughter. 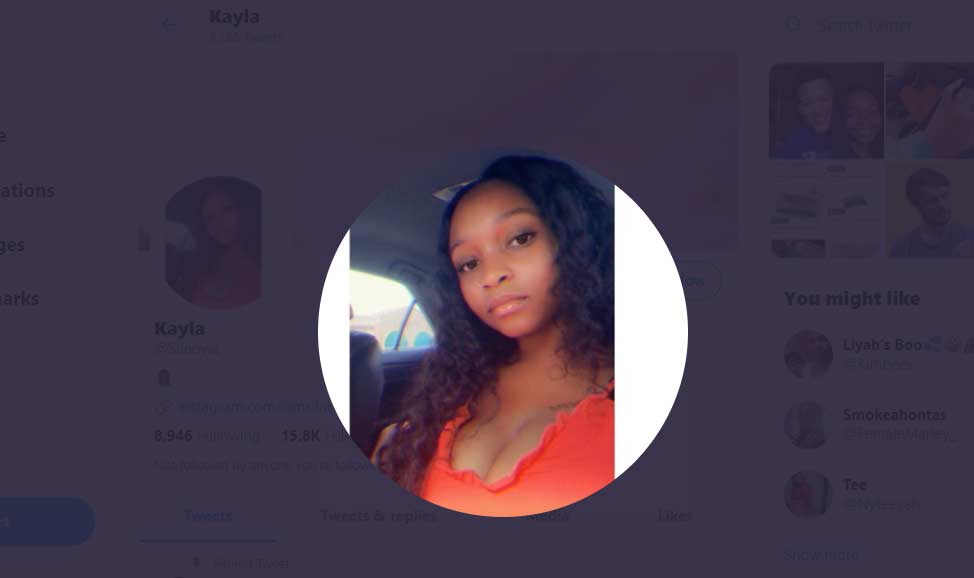 Kayla used to have a channel on YouTube. There she shared her sad life story – the girl got pregnant at 13 and decided to raise her baby as a single mother. Soon after that, she gave birth to a baby daughter.

Nowadays her life seems to be quite happy. She is engaged to Jalani Sawyer and she has graduated from a high school (for which her brother Kendrick gave her a great present – a brand-new car “Toyota.”).

Kayla’s fiancé is a student. He studies computer science. At the age of 17, she gave birth to her second daughter their common child with Jalani.

Kendrick’s youngest brother is the school pupil as of 2019. In one of his early interviews, the rapper told, that his siblings have a talent for music, too. He is the first listener of Kendrick’s songs.

He has another younger brother, who is not a public person.

Kendrick Lamar, born as Kendrick Lamar Duckworth, is a famous hip hop artist, best known for his hit album “Good Kid, M.A.A.D City”, which was released in 2012 and got platinum status and other successful music works.

He comes from Compton, CA and boasts with a successful, but a contradictory career. He started to rap in 2003 and at the tender age of 16 he had already released the debut mixtape “Youngest Head Nigga In Charge”. Previously he performed under the stage moniker “K-Dot”. In 2009 he changed the name for “Kendrick Lamar” and presented the set of songs “Youngest Head Nigga In Charge”, which was approved by Dr. Dre. After that, he produced one hit song after another and collected numerous prestigious awards and nominations, including Grammies. In 2015 he made his fans happy with the set of songs “To Pimp A Butterfly”, which was ranked as the best album in the modern hip hop industry.