Michigan School for the Blind

Is Stevie Wonder a gay/bisexual?

What is Stevie Wonder marital status?

Who is Stevie Wonder wife? 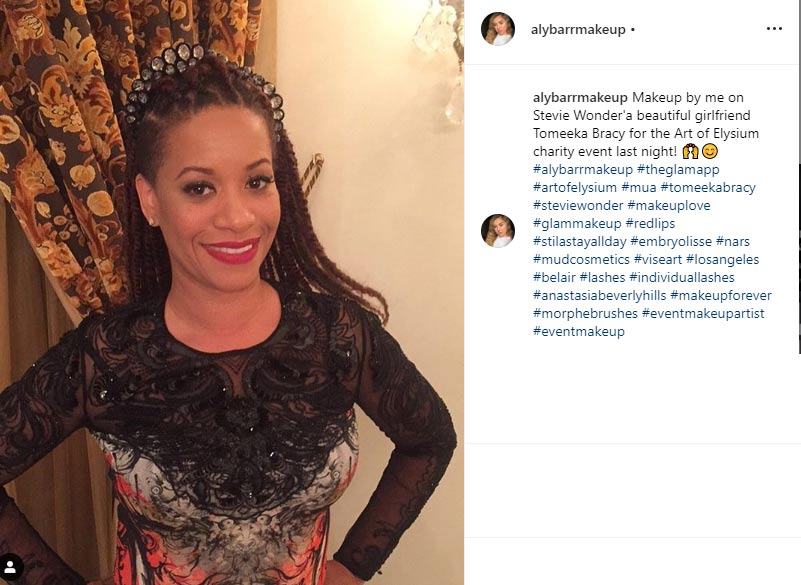 Tomeeka Robyn Bracy is Stevie’s third wife and mother of his 2 youngest kids. The woman used to be a school teacher. She met the legendary singer in early 2010s when he was still married to his second wife Karen Millard-Morris.

Tomeeka and Stevie started dating in 2013 and after 4 years finally tied a knot at a lavish ceremony, which was attended by numerous superstars, including Pharrell Williams, Usher and many others.

Previously to her official marriage with Stevie, Tomeeka gave birth to their two daughters. She has 7 stepchildren – her husband’s kids from previous relationships. It’s interesting to know, that Tomeeka and Stevie’s first-born daughter Aisha are of the same age.

The legendary singer is not the first husband for Tomeeka Robyn. In 2003 she said “I do” to Terry Lee Junior Fair. They had two daughters and a son, who tragically died at the age of 2.

Aisha Zakiya Morris is the first kid of the musician Stevie Wonder. She was born from his relationships with a long-term girlfriend. The name of her mother is Yolanda Simmons, an actress.

Stevie was so excited to become a daddy for the first time, that he devoted his little girl a song “Isn’t She Lovely”, for which Aisha provided her gurgling sounds.

Aisha is an adult now. She is a mother of Stevie Wonder’s grandson Miles Morris, who is 19 as for now.

His full name is Keita Sawandi Morris. He is a result of Stevie and Yolanda Simmons’s affair. His mother was a singer and an actress, known by a drama “Daughters of the Dust”.

Keita appeared in the documentary series “Classic Albums”, in the episode “Stevie Wonder: Songs in the Key of Life”, devoted to his father.

Stevie welcomed his third son with a singer Melody McCully. Now the young man resides in California. He is a musician and hopes to become popular one day. His full name is Mumtaz Ekow Morris.

She is a daughter of Stevie Wonder, born from his short-term love affair. The name of her mother is not publicized. Sophia stays connected to her popular father.

Kwame is Stevie’s son from an unknown girlfriend. 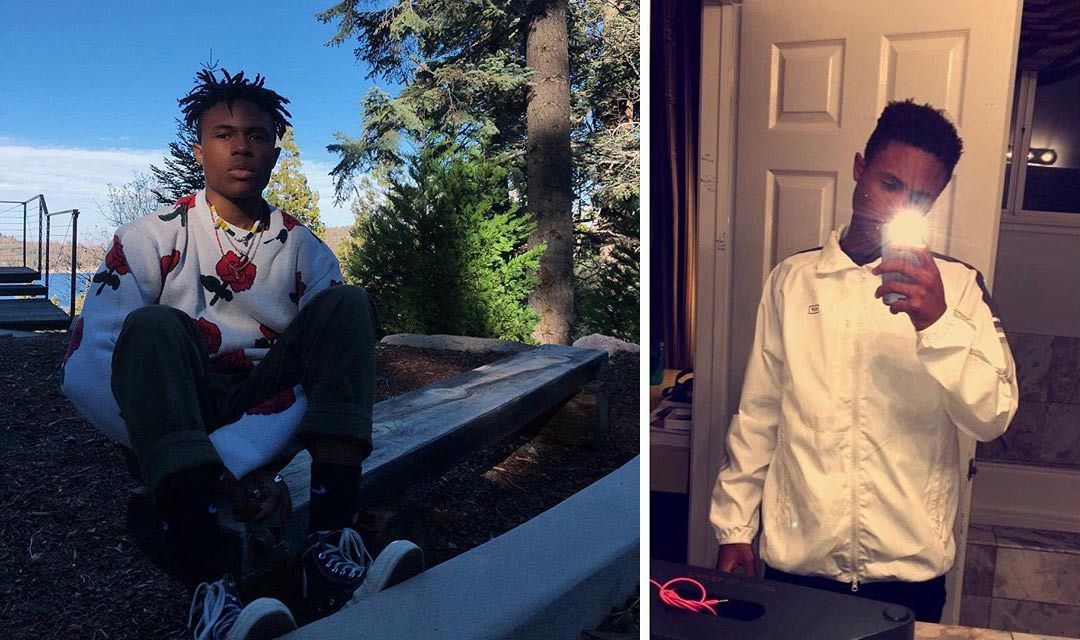 Kailand Obasi Morris is a son of a legendary singer and his second wife Kai Milla Morris, a fashion designer. He is a celebrity, too. The young man is an Instagram star, and he is followed by more than 149k people.

Kailand is a young musician. He works hard to become as famous as his father. Not long ago he had his first magazine interview. 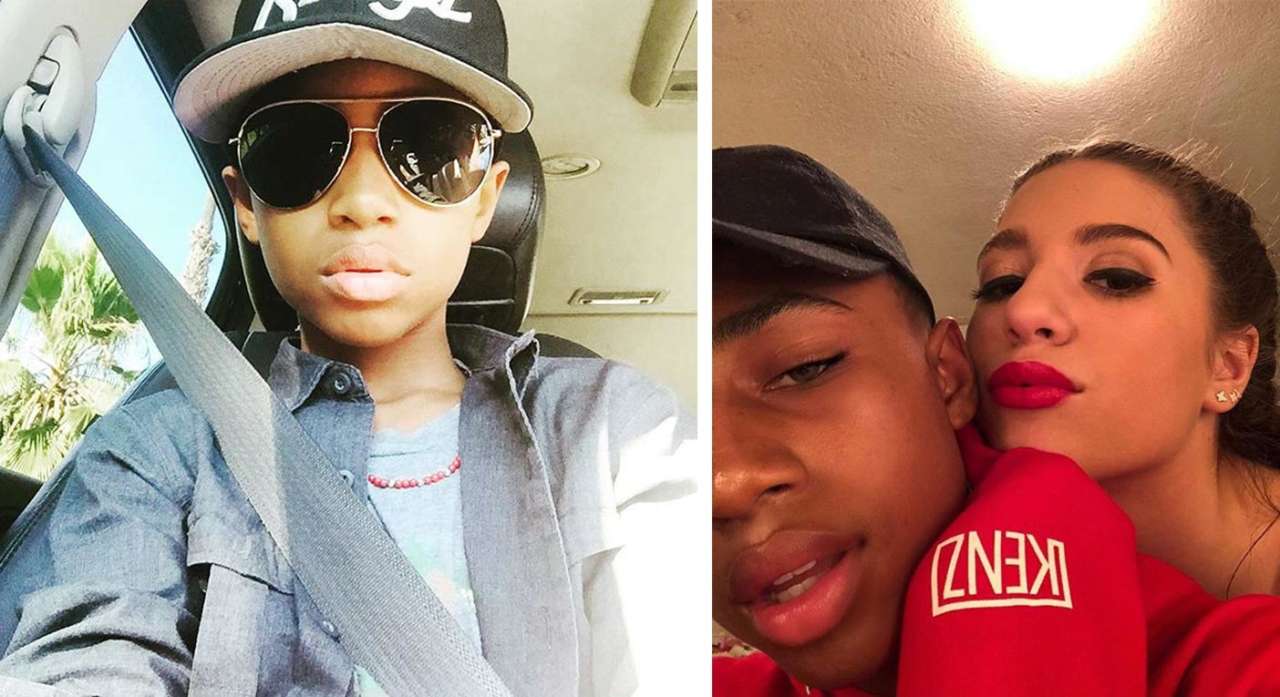 Mandla is known not just as a son of a multi-instrumentalist Stevie Wonder and his ex-wife Kai Milla, but also as an aspiring young actor. The young man debuted in a complicated drama “A Star Is Born”, directed by a legendary actor Bradley Cooper.

Mandla added some kudos to his name as the contestant of the popular TV show “Dancing With the Stars: Juniors”.

Zaiah is the eighth child of the singer Stevie Wonder. Her mother is a former teacher Tomeeka Bracy. She was born, when her parents had not been married yet.

The fact of her birth was named in the press as a “wonder”. Nia is one more wonder, made by her popular father when the latter one was 64.

Her mother Tomeeka Bracy was so happy to give birth to her 4th kid. Nia has two half-sisters from her mother’s side and one half-brother, who died at the age of 2).

Who are Stevie Wonder parents?

In his interviews, Stevie Wonder told numerous times, that he was “a momma’s boy”. His mom Lula Mae Hardaway did a lot for him to develop his talent and to save him from life’s traumas.

She was born on a cold winter day in early 1930. Her childhood was hard to be called “happy” and “carefree”. Lula’s parents didn’t want to have her, so in her early years, she moved from one relative to another.

She moved to Indiana with her father Noble Hardaway at a tender age of 15. Around that time she began to work at a factory. There she met Mr. Judkins, Stevie’s father. Their marriage wasn’t happy as Calvin Judkins was abusive. So, one day Lula ran away from him with all her kids.

She was frustrated when she heard the news of her son’s blindness. But still, she cared about Steve and tried to cure him. The woman took him to a televangelist Oral Roberts to heal the boy but it didn’t work.

It was she, who supported her talented son at the initials stages of his career and even suggested him the idea of his hit song “Signed, Sealed, Delivered I’m Yours”. Later Stevie named his mother “a co-author”.

In 2002 the woman gave an extensive interview, which later served as the foundation of her biography book “Blind Faith”.

She passed away in her LA house on May 31, 2006. The reason for her death was not publicized.

Stevie Wonder wasn’t close to his father. According to the singer’s interviews, his father was an abusive person. Calvin was 26 years older than Lula Mae, the singer’s mother. He was hitting her and even made her earn money as a prostitute.

When Stevie turned 4, his mother ran away from Calvin and re-married Mr. Morris, who actually brought up Steve.

Stevie Wonder’s mother had three sons with his father Calvin Judkins. He has an older brother Calvin and a younger brother Larry, who passed away in 2002. Calvin and Larry weren’t close to their father, so they decided to change their surname for Hardaway, while Stevie himself took an old family name “Morris”.

Milton Hardaway is Stevie’s maternal older half-brother. The name of his father is not known. Lula had her first son at the age of 18, before her unhappy marriage to Calvin Judkins.

Milton is really close to his younger brother – a famous musician. In his teens, he helped Stevie to walk to school and guided him there. Milton is his brother’s “walker” till now. It was he, who helped Stevie to get to the stage.

In 1962 Stevie’s mother re-married. The name of her husband (Stevie’s stepfather) was Elverne Paul Lynch. The woman had two kids with him (Stevie’s younger half-siblings).

Stevie Wonder is a 68-year-old singer, composer and record producer. He has made a wonderful career and gained numerous prestigious awards, including several Grammies.

He was born several weeks premature and was put to an incubator. During the treatment there he lost his eyesight, but even this sad event didn’t prevent him from fulfilling his dream – becoming a musician.

The boy was occasionally noticed by a producer Ronnie White, who saw him singing in the street, and at the age of 11, he signed his first music deal. He released a number of albums under the name “Little Stevie Wonder”. He was just 13 when his hit reached the leading position at Billboard 200.

To the age of 25, the musician has already collected a string of prestigious awards, including two Grammies in a row. His album “Hotter”, presented in 1980, got platinum status.

In addition to numerous hit albums, Stevie boasts with many talented live performances. Thus, in 2002 he sang one of his songs at Winter Paralympics opening ceremony.

Retired as for now, the singer is a desirable guest at various solemn events. His music remains popular, and he has a lot of young fans and followers. Stevie Wonder performed in front of the greatest people of our epoch – kings, queens, presidents and movie stars.