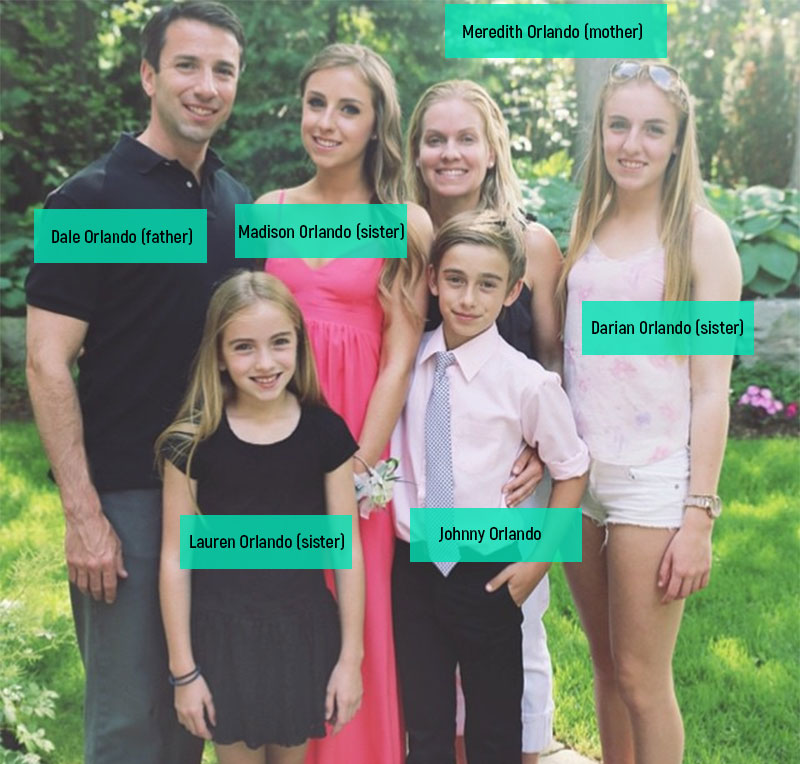 Who are Johnny Orlando parents? 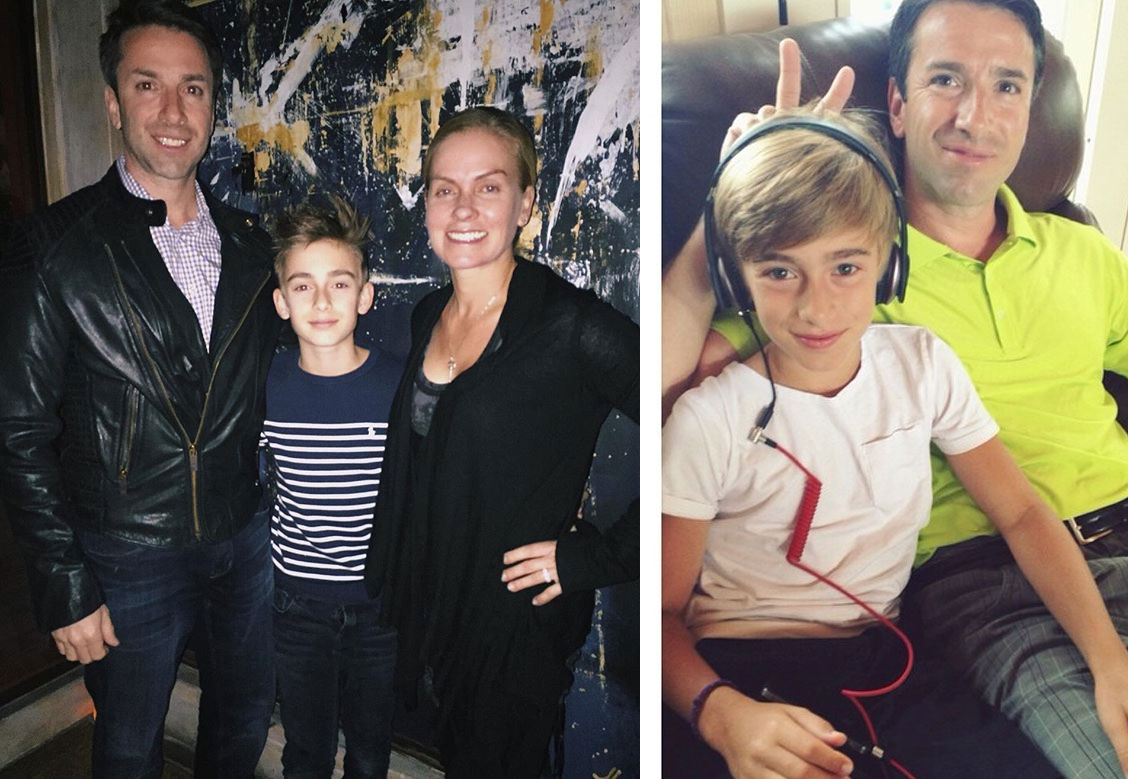 Any son always needs to have a great father – a person, who would serve as a role model for him. The YouTube personality Johnny Orlando was lucky to have such a dad in front of his eyes, while growing up.

Dale Orlando is a famous Canadian lawyer, ex-president of Ontario Trial Lawyers Association and the member of Ontario Bar Association. In addition, he is a loving husband of Meredith Orlando and a father of their 4 kids.

Dale was born in Canada, he had been interested in law and math since his years at a high school. He earned bachelor degree in Economics at McMaster University and later continued his education at the University of Western Ontario. From there he graduated in 1994 with a degree in law. Two years later the young specialist was accepted to the Ontario Bar Association.

He continued his career at the company “McLeish Orlando LLP, which he co-founded with his friends. The lawyer firm specializes in personal injury lawsuits. Several years ago Dale’s company was named as one of 5 best in Canada in its area.

When Dale Orlando is not working, he spends free time with his kids. He supports his son’s dream to become a famous entertainer.

Meredith Orlando is a mother of three daughters and one incredibly talented son, wife of a successful lawyer and owner of a cute dog Leo, which she likes so much!

She resides in Mississauga, Ontario, Canada and spends a lot of time in Los Angeles, USA, where her kids make career. Most part of her time she cares about her family. The woman is very slim, because she is a big sports enthusiast. Several times per week Meredith workouts in a gym, which is located in their big house.

She is a big supporter of her son and his rumored girlfriend Kenzie Ziegler (Maddie Ziegler sister). 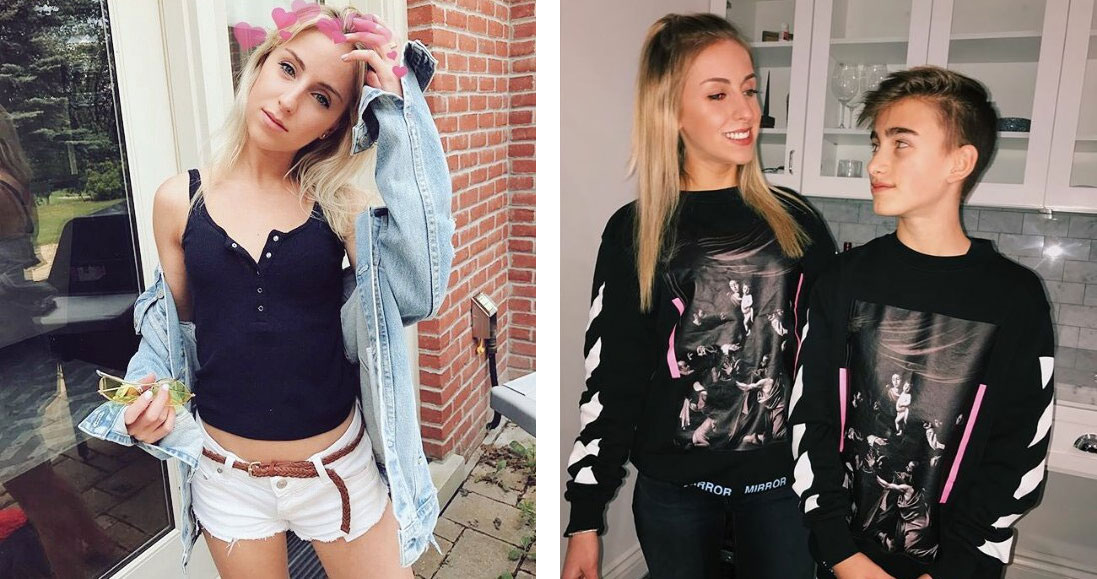 She started the podcast “Call Your Friends” with her younger sister Lauren. They discuss fashion, friendship, and other things, interesting to teen girls. She manages the online apparel store “Artless Forever”. She also sells Orlando’s merch with her parents and sisters. 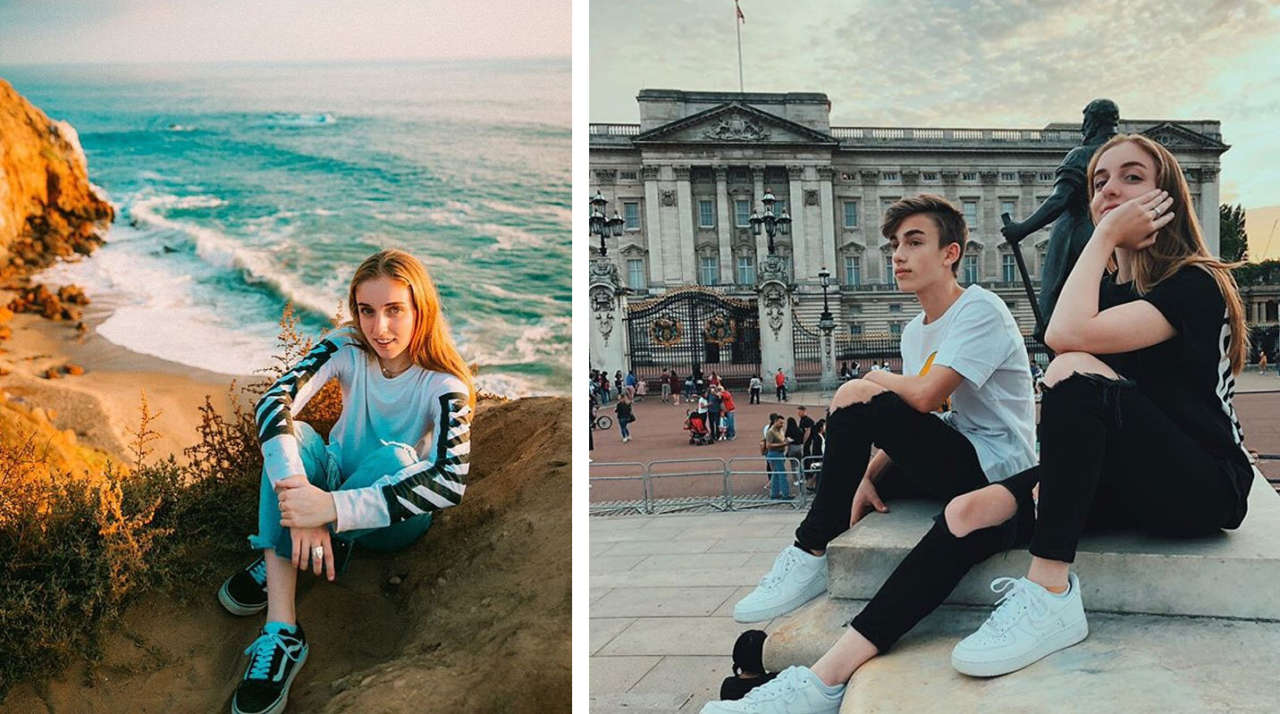 The second child of Meredith and Dale Orlando, Darian was born in Mississauga, Canada. Almost every teen on the planet knows her pretty face, because she is a YouTuber and sister of Johnny Orlando, of course, in whose videos she often features.

Darian comes from a popular YouTube family – her parents and siblings are social media stars. But unlike her relatives, she prefers to stay behind the camera. The girl attended filming classes, and now she edits videos for her younger sister Lauren. In addition, she helps Johnny Orlando create his music videos and serves as his PR manager.

Now she helps her siblings mostly at a distance because she lives and studies in Los Angeles. Darien has already finished four-year training program for managers and is going to become a student at a business school. 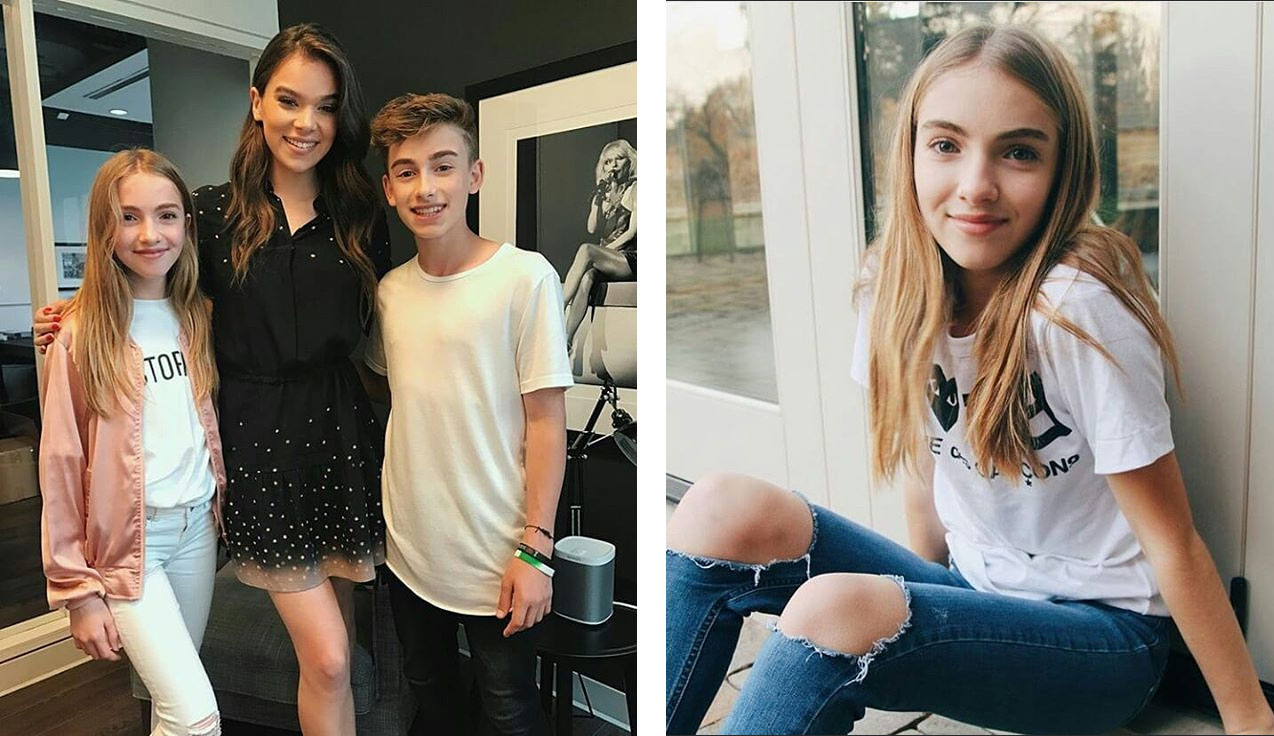 Lauren is the youngest member of the Orlando family and another big celebrity in their breed. Of course, it was not so hard for the girl to make it because her older siblings really helped Lauren in the initial stages.

At the age of 8, she launched a YouTube channel of her own. Then her brother Johnny helped her with advice, and her older sister Darien was editing each of her videos. No wonder, that soon Lauren became a YouTube celebrity.

In addition, the girl gained an extensive fan base through constant appearances in her brother’s videos. As a result, Johnny’s little sister boasts with more than 1 million subscribers on YouTube. She is also an Instagram star.

When Lauren is not busy with making vids for her channel, she studies at school and takes dancing lessons. Not long ago the girl turned into a promising young actress. She takes part in the web show “Total Eclipse”, filmed by Brats.

In 2022 she graduated from high school and continued her education at the University of Southern California. 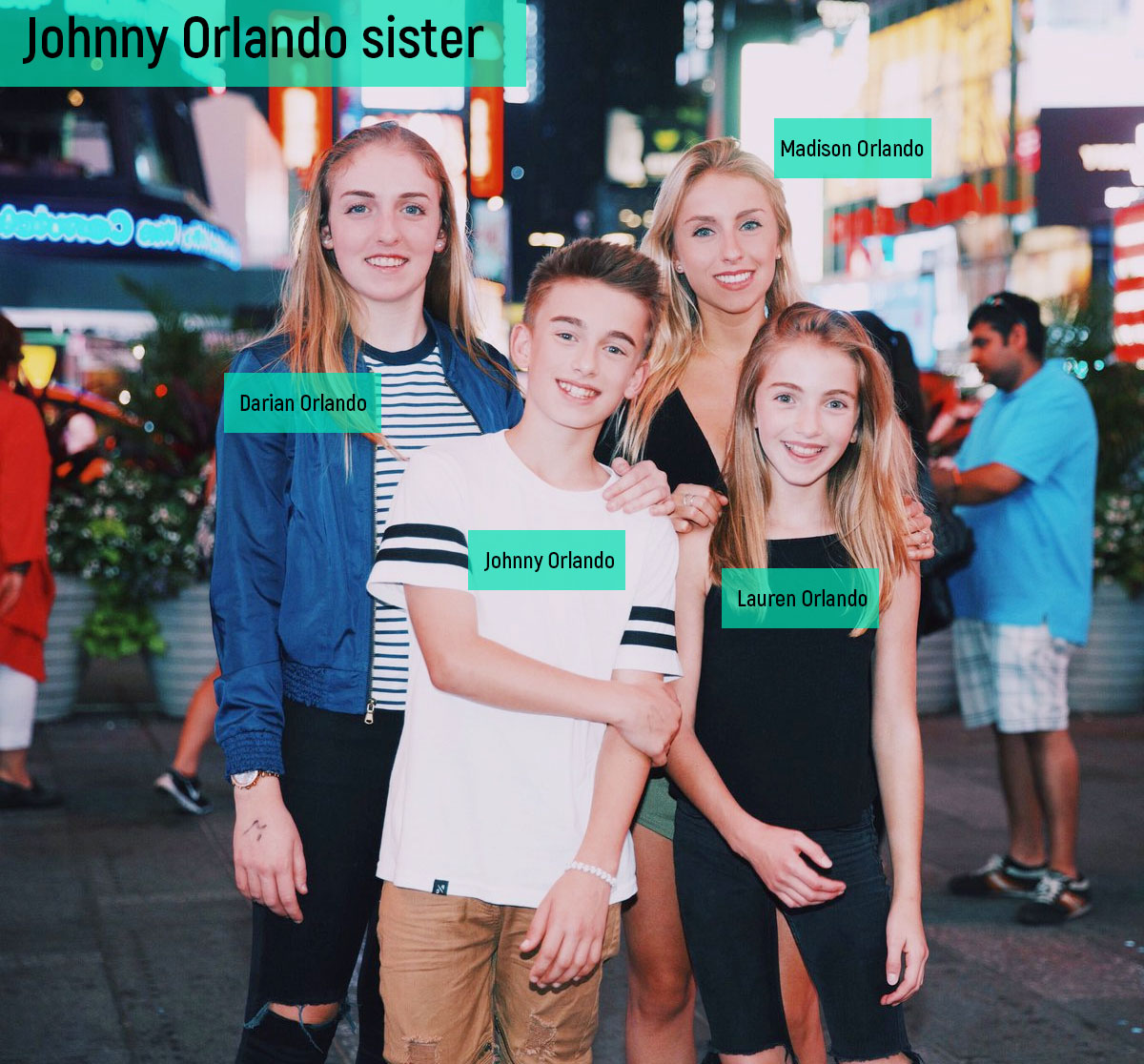 Teens can also become stars. John Vincent Orlando is the vivid evidence of this fact. To the tender age of 15 he has already become an internationally popular singer, promising young actor and YouTube personality.

He began attending music lessons at the age of 6. Immediately the boy fell in love with signing and began to copy popular performers, like Rihanna, Justin Bieber and Taylor Swift, presenting his own versions of their singles.

His older sister Darien started to make music videos for her brother’s songs. When Johnny turned 7, he founded YouTube channel, where posted his vids. His manner of singing was so believable and professional, that soon he became famous among YouTube viewers. The fans watched and re-watched his covers for the songs “Bad Blood”, “Mistletoe”, “Just Give Me a Reason” and others. When Orlando turned 9 years old, he released his first original song, titled “Summertime”.

As for now, Orlando manages two well-known channels at YouTube, the first one named after himself, and the other own named “Johnny Orlando Vloggs”. Each of them has more than 1 million subscribers.

The teenager, who has just graduated from a middle school, obviously has already chosen his career way – he decided to become a full time singer. In 2015 John presented his first extended play, which was well with both, listeners and critics.

Alongside his younger sister Lauren, John Vincent tried his hand as an actor and was cast in the web series “Total Eclipse”. 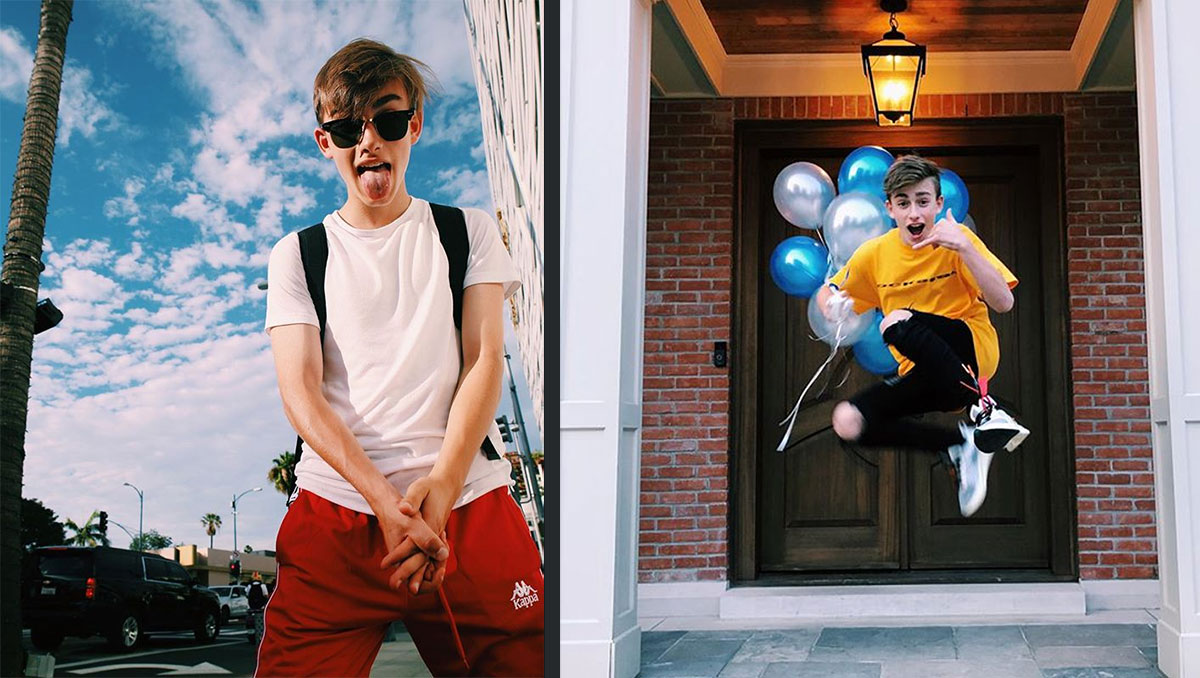