Is Yung Gravy a gay/bisexual?

What is Yung Gravy marital status?

Who are Yung Gravy parents?

No doubt, Yung Gravy has great genes. He is the son of a talented and hard-working father, whom he lost at a tender age of 16.

Dr. Peter Hauri unexpectedly died in 2013 from the injuries he got after tragic fall on the ice. His son Mathew (the rapper’s real name) stood by his side till his last breath.

Yung Gravy’s father is widely known as a sleep researcher and psychologist. He tried to help people, who suffer from the wide-spread modern disorder – insomnia. In his works, Dr. Hauri formulated several principles, which helped people all over the world to sleep better. First of all, he advised getting out of bed, if you can’t sleep and start doing something interesting – till the sleep will bring you to bed again.

His researches brought him lots of prestigious titles, including Ph.D., which he earned at the University of Chicago. In spite of super successful career, Dr. Hauri put his family first all the time.

He was born in the family of Rudolf and Verena Hauri in Sirnach, Switzerland. The boy grew up alongside 5 siblings. He earned a degree at Teacher’s College and served at a junior school till he got an opportunity to continue his education in the USA.

In the USA he met Debbie Rea and fell in love with her. They got married, and Peter settled in his wife’s country permanently. He studied psychology at North Central College and later attended the University of Chicago.

He and Debbie Rea-Hauri were happy together during many years, but then both partied their ways. He met another woman – Cynthia Cleveland, his colleague – and both fell in love with each other. They got married, and at the age of 62, Peter welcomed his youngest kid – a son Matthew, which is known under the name of Yung Gravy now. They say, Dr. Hauri, cared a lot about his son, and they were very close. 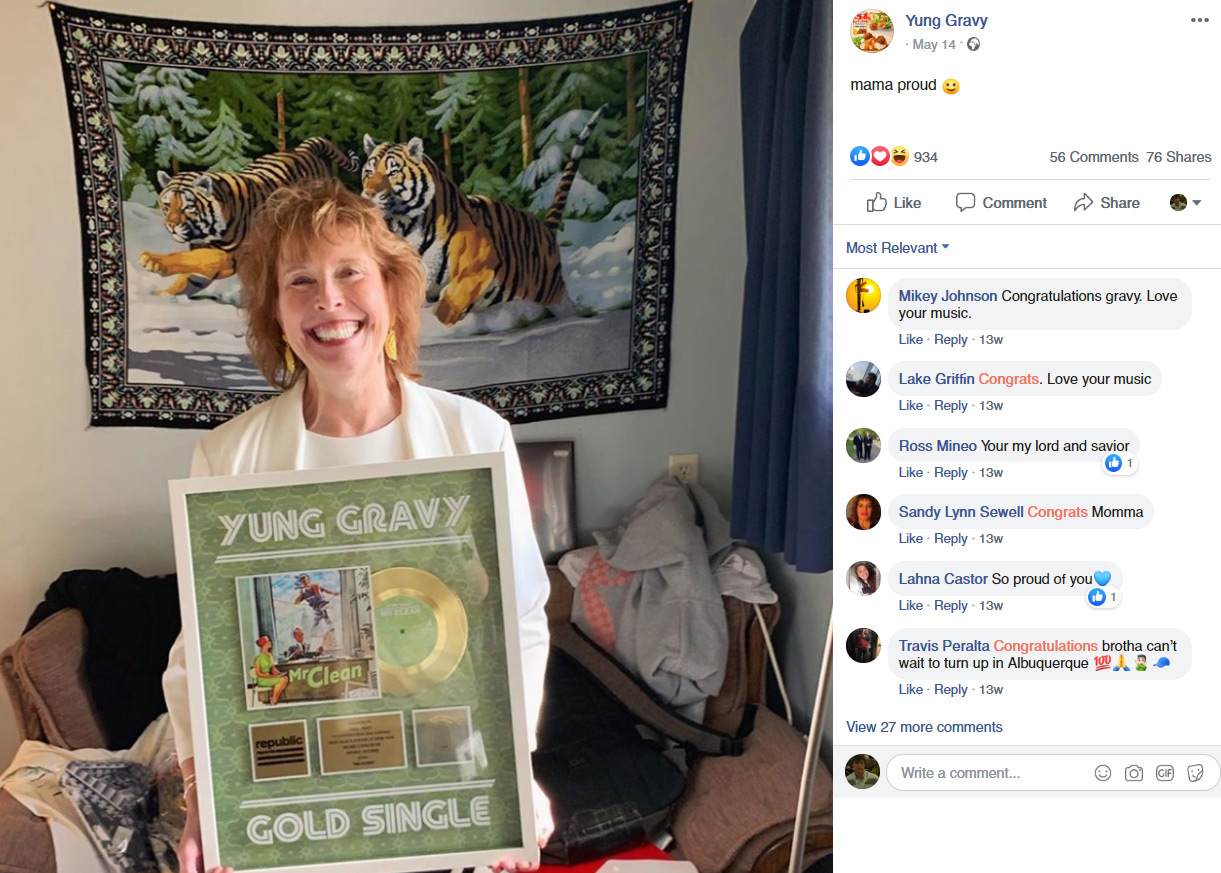 Cindy rose to international fame as a mother of a promising young rapper, but in her area of activity, she has been a celebrity for many years already.

Dr. Cynthia Hauri is a professional psychiatrist. She deals with problems of anxiety and insomnia. In 1987 she graduated from Mayo Medical School. Since 1992 she has been practicing as an independent psychiatrist, helping people solve their inner problems. She was busy with the research study when she met another popular psychiatrist – Peter Hauri. In spite of the 23-year age difference, they fell in love and decided to start a family. The couple gave birth to an amazing boy Matt, whom we know now as the rapper Yung Gravy. 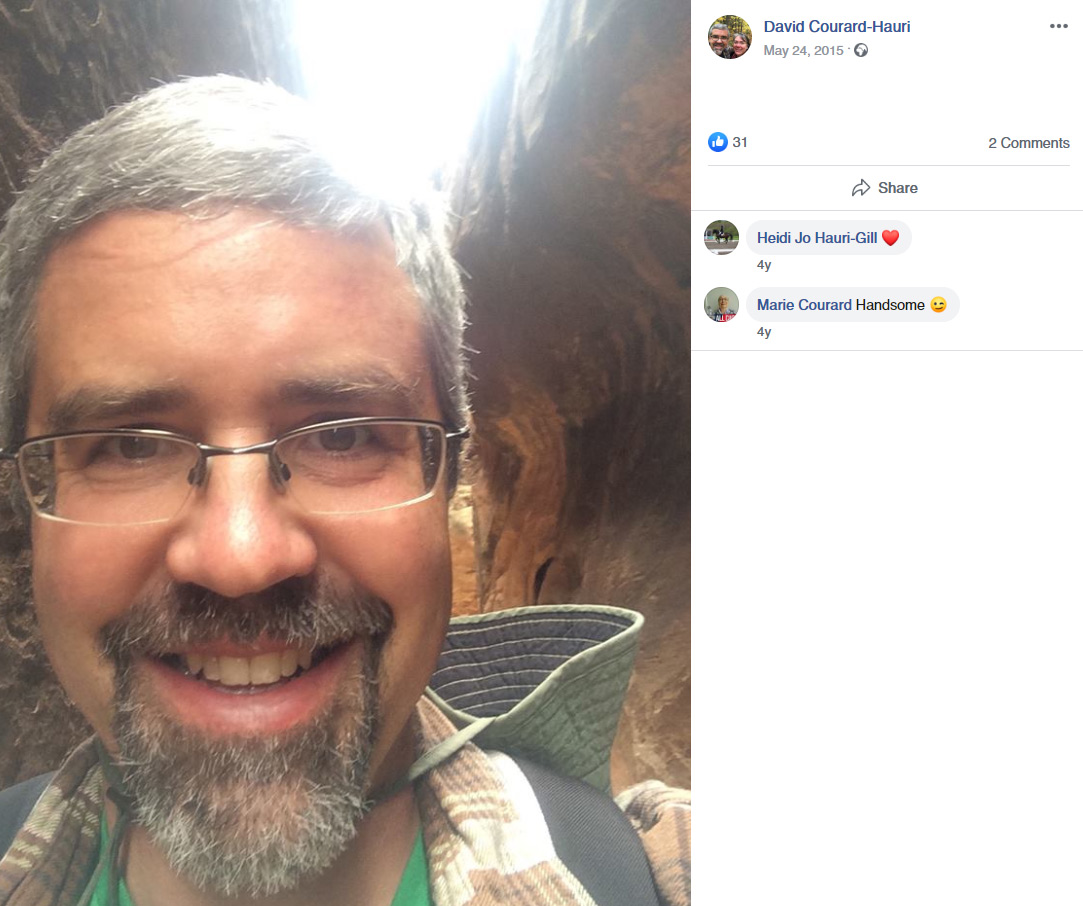 David is Yung Gravy’s older half-brother from the paternal side. The son of a celebrated insomnia specialist Peter Hauri and his first wife Debbie Rea, he is a well-known scientist, too. Mr. Courard-Hauri serves as a professor at Drake University.

He graduated from Hanover High School and then studied Chemistry at Georgetown University. Besides, he attended Stanford University in 1991-1996 and earned a Ph.D. in physical chemistry there.

David is married to Frédérique Courard-Hauri, whom he met at Georgetown University, where she studied English and Literature. The couple resides in Des Moines, Iowa. They are the parents of two smart daughters – Kayleigh and Julianna. In 2014 David was a candidate for Iowa State House of Representatives. 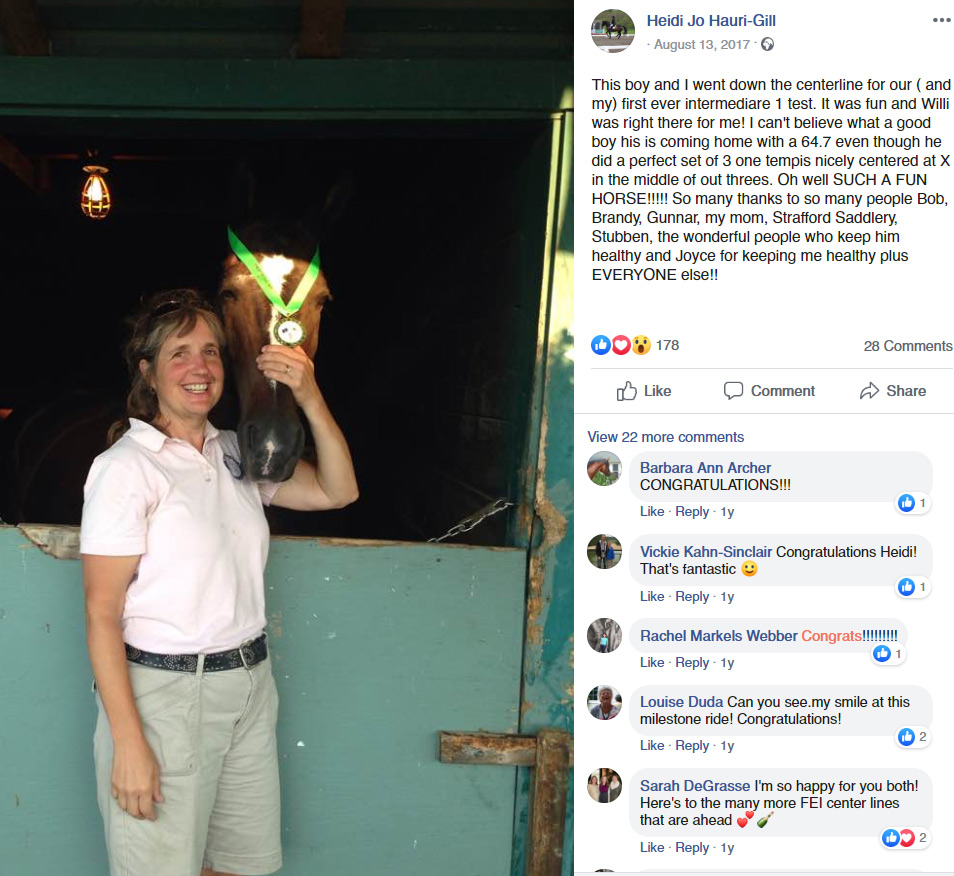 Young Gravy was blessed with a big and talented family. Each member of his breed is a gifted unique personality. His older half-sister from paternal side Heidi is the owner of the First Choice Riding Academy.

She spends her free time at her big house in Enfield, New Hampshire. She is married to Robert Gill, 6 years her senior. They have two sons – Conner and Christopher.

Katrin Kasper is another half-sister of Mr. Clean singer. She lives in Lee, NH and serves as a dedicated volunteer. She graduated from the University of New Hampshire and is busy with several social initiatives, including “Work Opportunities Unlimited”, where she is a board member.

She is married to Kent Kasper and they are the parents to cute children Grant and Grace.

Yung Gravy has already been nicknamed in the media as “the greatest rapper of the next generation”. He started his career in 2016, and was propelled to stardom after the release of his single “Mr. Clean”.

The young man didn’t stop, and soon offered his fans the extended play “Yung Gravity”, which consisted of 5 beautiful songs, including “Stain”. The latter song he recorded in collaboration with bbno$. In May 2019 he presented the debut album “Sensational”, which is sold through iTunes Store. The set of songs consists of 13 compositions and contains lots of interesting collaborations with other young artists, such as Lil Baby and Mia Gladstone.

His birth name is Matthew Hauri. He was born in the family of two famous psychiatrists, Dr. Peter Hauri and Cynthia Cleveland. He attended Mayo High School. During his years at school, the boy got interested in music. He started to rap at his friends’ parties and some public events in his home town – Rochester, Minnesota. After school, he entered the University of Wisconsin, but then made a pause in his studying to record the self-written song “Karen”. He uploaded the song to SoundCloud, and it attracted lots of fans’ attention. That inspired Matt to take the stage moniker “Yung Gravy” and to start rapping professionally.